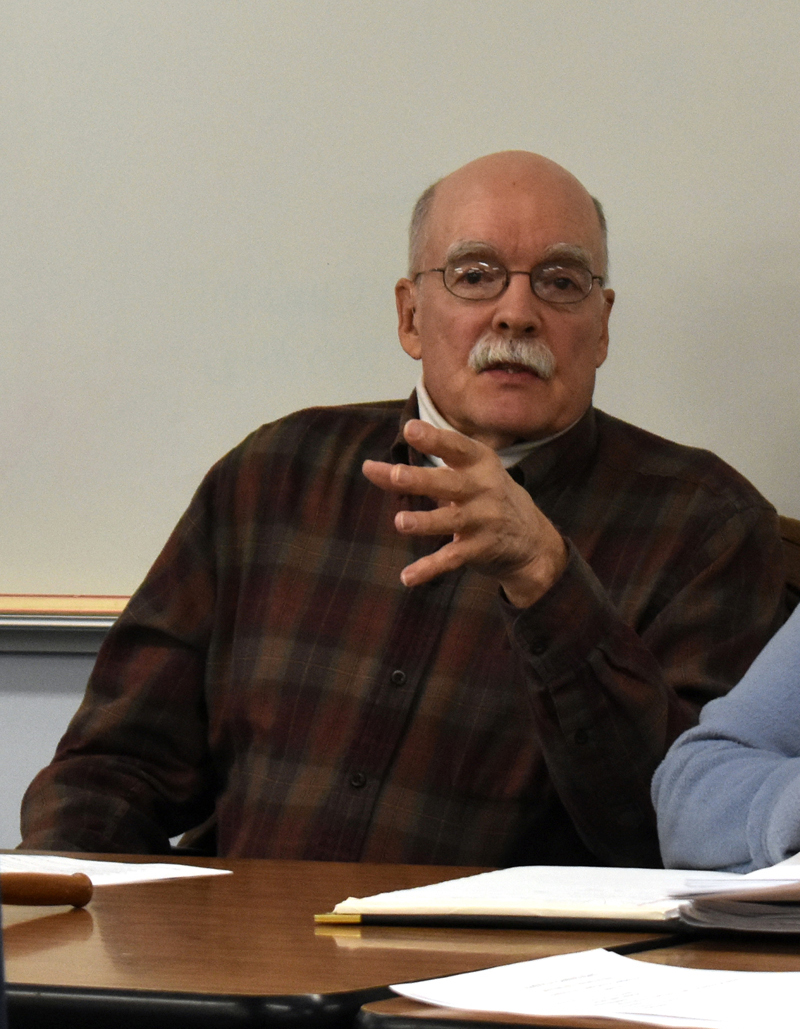 A public hearing on Somerville’s rules for marijuana businesses, which will allow a variety of businesses to open in the town pending a vote next month, drew only a few residents to the town office Thursday, Feb. 20.

Most of those in attendance were members of the cannabis committee and planning board.

Despite the low attendance, planning board Chair Jim Grenier Sr. explained the marijuana business ordinance for those in attendance. Grenier spoke on fee schedules and areas of the ordinance that had drawn public comment before the hearing.

Voters will consider the 28-page ordinance with other questions during a special town meeting at Somerville School at 9 a.m., Saturday, March 7.

Grenier said the town’s lawyer has reviewed the ordinance. The planning board has held a few workshops on the matter.

“Questions on the ordinance and correspondence we have received have mostly been about the fee structure on the application,” Grenier said.

Grenier read a letter into the record from resident Mary Throckmorton raising concerns about fees.

Throckmorton said the fee for small growers is too high in comparison to those in other towns, including Farmington.

She said the town’s comprehensive plan encourages small businesses, but the costs in the draft ordinance would bar people who want to work in the industry on a small scale.

Grenier said neighboring towns “are facing the same issue as the one being raised to us, the cost of fees.”

“The costs are fairly steep, but also, by all accounts, there is a good return on money invested that should be able to substantiate this fee,” Grenier said.

According to Grenier, the draft ordinance would allow four retail marijuana businesses in Somerville, two adult use and two medical. A merit-based scoring guide will be used to rank applicants.

The merit-based scoring guide awards points based on nine criteria, including whether the applicant is a Somerville resident and has prior experience in the cannabis industry.

Other criteria include whether an applicant is a veteran or indigenous person, has a business plan, agrees to donate money to RSU 12 for existing drug education programs, has completed cannabis training programs through the state, has agreed to give a purchase preference to cultivation facilities in Somerville, and can show financial stability via a letter of referral from a financial institution.

Permits for other marijuana businesses allowed under the ordinance, including cultivation and manufacturing facilities, will be issued on a first-come, first-served basis.

All applications require a $500 nonrefundable fee. Retail licenses for both adult-use and medical marijuana cost $2,500 per year, whereas manufacturing and testing licenses cost $1,500 per year. The amounts do not include fire inspection fees that are required to remain in compliance with the ordinance, according to Grenier.

Grenier said the planning board drew on the expertise of the cannabis committee as it drafted the fee structure.

“We had to rely heavily on information from the cannabis committee and we used that information to establish fees,” Grenier said.

Grenier said that if licenses become available after they are initially granted, employees of the previous license holder would get preference on obtaining the license.

According to Grenier, home-based medical marijuana cultivation facilities are not required to pay any license fees to the town, but are instead required to apply for a home-based mercantile permit from the town office.

For home-based medical cultivation, the fee per six plants is $50, capped at a maximum number of 30 plants for a fee of $250.

Grenier, citing the draft ordinance, said license fees are subject to change at the discretion of the board of selectmen, if associated costs are lower than anticipated.

“This may prove to be an excessive burden, but the consensus was, because the business is theoretically profitable, it should be within reason,” Grenier said.

Grenier said any necessary training for Somerville firefighters and potentially for the town’s code enforcement officer, related to the inspection of marijuana businesses, could be covered by application fees.

“The fire department needs someone trained, through the state, to know what to look for. I do not know if the code enforcement officer requires an additional fee,” Grenier said.

Claudia Fujinaga, a member of the cannabis committee, said she was surprised and concerned by the low turnout at the hearing.

Don Witmer-Kean, a member of the planning board, asked if the state has officials to inspect marijuana businesses.

“Yes, they are already employing people through the Office of Marijuana Policy. They are ramping up their number of employees and doing state inspections now,” cannabis committee Chair Jackson McLeod said.

Somerville formed a cannabis committee in February 2019 to work on a potential ordinance for marijuana businesses.