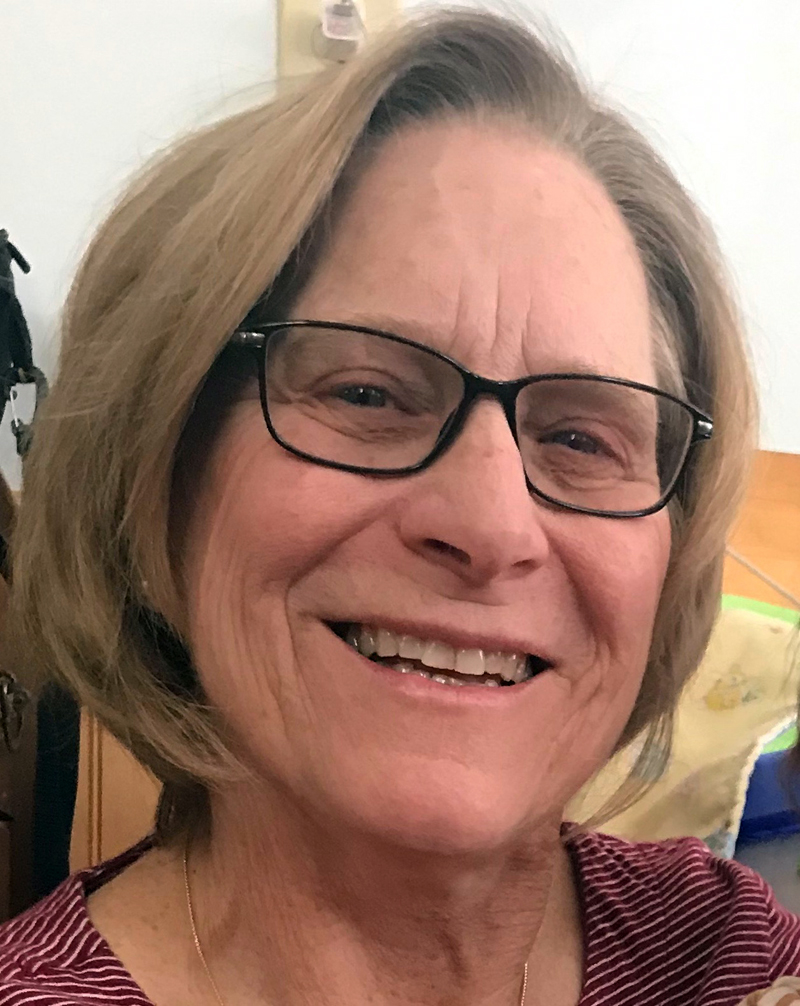 Judy Reid has always considered herself a helper above all else.

“I always looked at my job as, ‘I’m here to help.’ I didn’t have ownership over it; I was there to help people. I loved my job from the get-go,” Reid said.

Throughout 30 years as an administrative assistant at Edgecomb Eddy School, she has become a friend and confidante to students, parents, and faculty. After months of deliberation, Reid made the difficult decision to retire at the end of this school year.

“Judy is the very heart of Edgecomb Eddy,” said a May 6 post on the Edgecomb Eddy School Facebook page. “Judy wears more hats than a typical administrative assistant, and she has performed all of her duties with gratitude and joy.”

A native of western Pennsylvania, Reid first came to New England in 1974, when she moved near her brother and his family in New Hampshire. She was 20 years old then and looking for a better job market than the one she left behind – her area of Pennsylvania was  facing closures of steel mills, causing a recession.

Reid began working at an insurance company and within six months had met and married her now-husband, a native Mainer. Two years later, in 1977, they moved to Maine.

As her kids entered school at Edgecomb Eddy, Reid started to volunteer there. She had considered working in a school so she could have the same hours as her children, but didn’t take the idea seriously until then-Principal Joyce Sirois approached her.

“Joyce stopped me in the hallway and asked for help. She said, ‘My secretary is leaving,’” Reid said. “I told her I hadn’t worked in an office for 12 years. I didn’t even know how to use a computer!”

Still, she accepted the temporary position. It was February, and she was originally supposed to fill in until the end of the school year. When summer came around, she applied for the full-time position and was hired.

As the years went on, her job got more complicated – a position that began with answering phones and balancing checkbooks slowly turned into managing extensive paperwork and new state programs. Still, none of it made her love her job any less, because the people she interacted with were always at the heart of it.

Edgecomb resident and parent Nicole Blake said in a Facebook message that Reid was the secretary when her husband, Jason Blake, was in elementary school over 20 years ago. Now, she’s watched over three of the couple’s children.

“She has always been someone I could talk to when one of my children were acting out (or) sick, or just there if I need to talk,” Blake wrote. “She truly is the backbone of the Eddy School and will be missed by all.”

Reid loved seeing generations of families come through the school and enjoyed telling young kids that she knew their parents at their age. “One of my favorite things to do is find old pictures of students’ parents when they were at the school, and print them out for the kid to take home,” she said.

When someone loves their job so much, the decision to retire is never easy to make. “They always say you know when it’s time,” Reid said, “and I don’t want this to be about the virus, but it did play a role in it.”

At 66 years old, Reid was in no rush to retire, but advice from her children, grandchildren, and semi-retired husband told her that the time had come.

“I don’t think there was ever a day that I didn’t walk in and think, I love this job. I feel like it’s been 30 years of just being gifted,” Reid said. She appreciated being one small part of students’ lives, and wanted school to be a place where they felt loved.

As much as she’ll miss her job, Reid knows she won’t be bored in retirement. She hopes to fill her time with gardening, swimming, kayaking, walking, and spending time with family.

“I won’t lack for anything to do; it’s endless,” Reid said. “I have a lot to look forward to.”