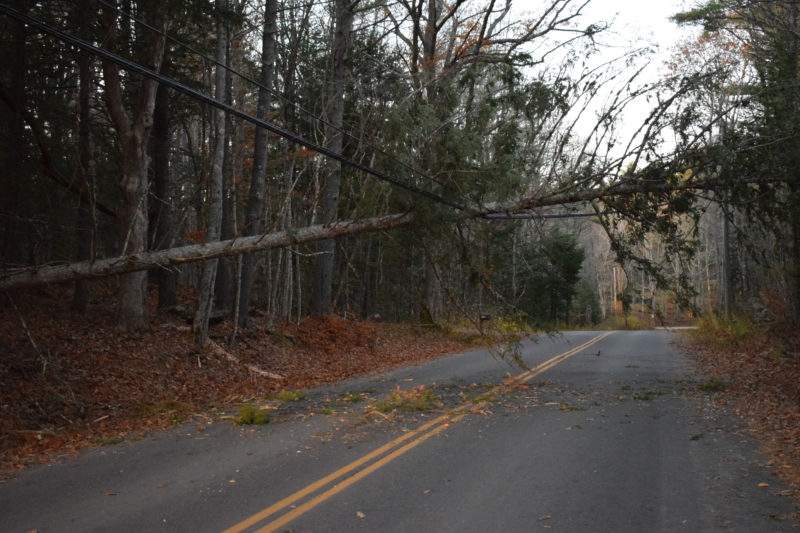 A tree leans on wires on Academy Hill Road just south of the intersection with Kavanagh Road in Newcastle the evening of Friday, Nov. 1. (Evan Houk photo) 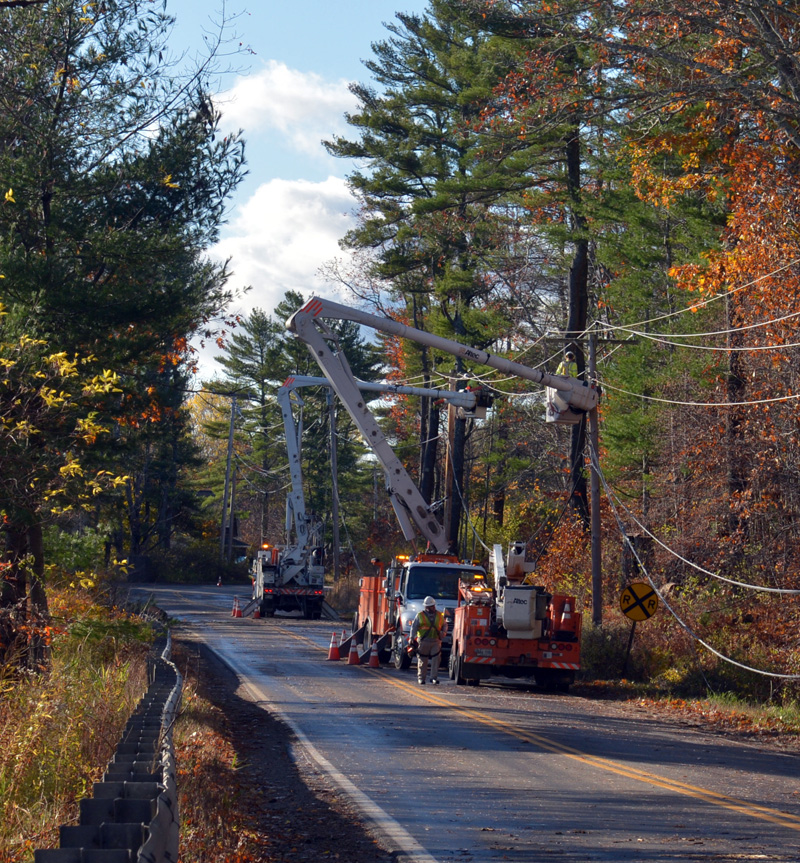 The National Weather Service had a wind advisory in effect for Lincoln County until 5 p.m. Friday. Southwest winds of 20-30 mph with gusts up to 50 mph were expected. A gust of 58 mph was measured at New Harbor at 5:30 a.m., while Jefferson and Wiscasset saw gusts of 48 and 45, respectively.

All of the roads closed due to downed trees or power lines were reopened by Saturday morning, according to Lincoln County Emergency Management Agency Director Casey Stevens. CMP restored power to a majority of affected customers by the end of the weekend, according to its website.

Stevens said the response to the Nov. 1 storm was an improvement on the Oct. 17 response.

“The communication between us, the CMP liaison, and what was happening with the CMP crews in the field was better than the storm before,” Stevens said. “It seems like the damage from this storm was a little bit more inland than the previous one, but other than that, it was all pretty similar.”

Stevens said he knew of property damage as a result of the storm, but has not heard of any injuries.

With snow in the forecast, Stevens said, it’s important to be prepared for more power outages to come.

“We were very fortunate that it was pretty warm out, but if we had a storm like this in the wintertime, it would be a very different situation,” Stevens said. “When thinking about the windstorms, think about what you would do if you had lost your heat source.”

Stevens also recommended checking on neighbors before, during, and after a storm.

“People might not ask for help, but if you know of people who might need it, don’t be afraid to offer,” Stevens said. “It’s important that we all look out for each other.”