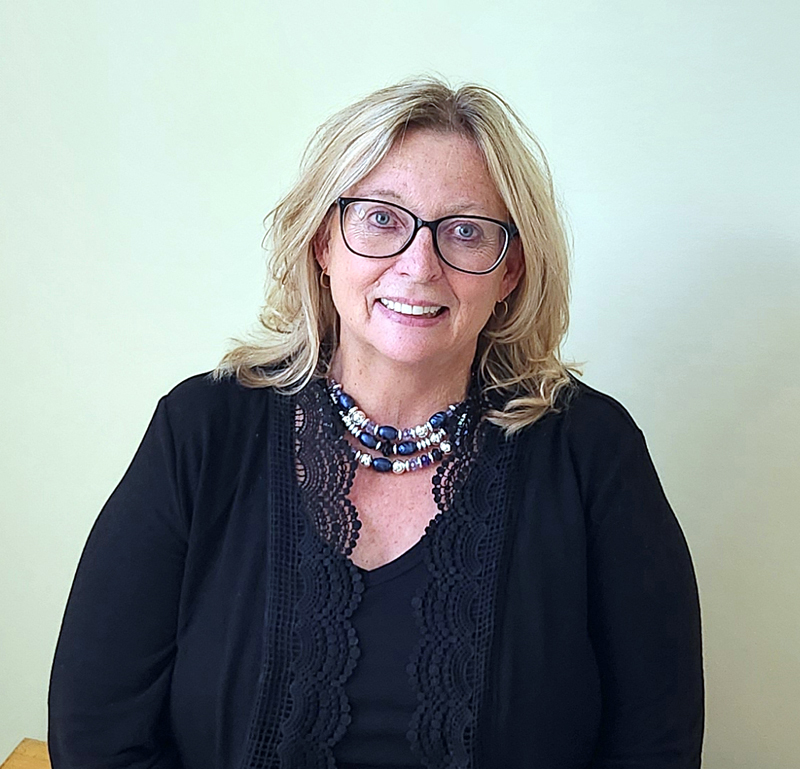 House District 48 Rep. Holly Stover, D-Boothbay, plans to prioritize the housing and the work force issues before the state if she is elected to a third term in the Legislature in November. House District 48 includes Boothbay, Boothbay Harbor, Edgecomb, South Bristol, Southport, and Westport Island.

Born and raised in Boothbay, Stover first won her seat in 2018. Stover said a passion for her community and a drive to make her district better for everyone motivates her to keep running for office. Stover hopes to serve at least two more terms, when term limits prevent her from running for the seat again.

“I would like to see this commitment through to the end,” Stover said.

Stover said her experience in public office and her work for nonprofits providing aid in the community is evidence she has the skills to make an impact as the district’s representative. “I understand how government can work for the people and be guided by the people,” Stover said.

In her day job, Stover currently works for two nonprofit organizations. With Lincoln County Dental, Stover is responsible for development and writing grants to provide dental services to residents throughout the county.

As director of operations for the Community Resource Council, Stover provides aid to residents on the Boothbay peninsula to combat food insecurity, addiction, and provide heating assistance during the winter season. She is also responsible for writing grants for the nonprofit.

“We have a group of volunteers that meet every Tuesday and Saturday morning at a wood lot by the dump where they harvest, cut, split, season, and deliver to people that need it,” Stover said. “Last year we delivered 55 cords of wood.”

This election cycle, Stover is focused on addressing the housing shortage she defines as a “crisis”.

“We have no housing here,” Stover said. “When I say no, I literally can spend all day calling people looking for housing. It’s hard enough to find something and but even then is it affordable?”

Stover said the state should provide funding to build affordable housing, but cautioned that “affordable” is not a set definition for all communities, individuals, or families seeking housing.

“Affordable has to mean that, regardless of your income level, there is housing,” Stover said. “Material cost is going up. We need to help make housing affordable to build.”

Stover also pointed to legislation the Maine Legislature passed this year, L.D. 2003, which is supposed to help towns modify their ordinances to build additional housing.

“L.D. 2003 set aside money to allow towns to hire consultants to come in and look at how to structure ordinances that would allow for affordable dwelling units,” Stover said. “It’s not a mandate; it’s a choice for the towns to look into expanding housing.”

Addressing the housing crisis would also help address the work force shortage, Stover said. “They are intrinsically related,” Stover said. “Hundreds of cars pour onto this peninsula to work in the morning and then they go live somewhere else.”

Discussing ways to retain a work force in the district, Stover said she thinks the state should establish incentives to draw workers to Maine. She used recent legislation the legislature passed as examples of incentivizing workers to move to the state.

“We added funding for child care so people can afford day care,” Stover said. “We passed a minimum mandate that all teachers must have a starting salary of $40,000. We also passed a tax credit for individuals paying into their student loans. The credit is up to $30,000 total, but it is capped at $5,000 a year.”

Stover said the student loan tax credit was an incentive for workers to stay in Maine or come to Maine, after college, because they are working.

“It’s a work force initiative, because you have to have an income and pay taxes to receive a tax credit,” Stover said. “It’s not a handout.”

Stover also mentioned the two years of free community college the Legislature passed for high school graduates who matriculated between 2020 and 2023, as examples of helping the work force.

“That is trades education and that’s debt free,” Stover said.

During the upcoming legislative session Stover hopes to fund a new school building in Boothbay that would allow students to develop skills needed in the workforce.

“Our vocational programs are delivered to our students in Bath, which takes a chunk of time out of every school day,” Stover said. “If we had the facilities here at home we wouldn’t spend an hour and a half each day on the road.”

Stover acknowledged it would not be cheap, but argues the benefits make it a worthy investment. She believes the investment should focus on technical skills and education that would benefit the local workforce.

“We need electricians and plumbers. We have shipyards that need skill workers, we have Bigelow labs we can work with for students interested in science,” Stover said.

Last June a ruling issued by the U.S. Supreme Court in the case Dobbs v. Jackson Woman’s Health Organization gave states authority to regulate abortion within their borders. The ruling reverses decades of legal precedent that established abortion access as a constitutional protection.

In Maine access to abortion is legal and Stover wants “protections” for abortion to remain.

“I believe healthcare is a right and I believe abortion is healthcare,” Stover said. “I support upholding the laws in this state that protect abortion rights and reproductive health care for people.”