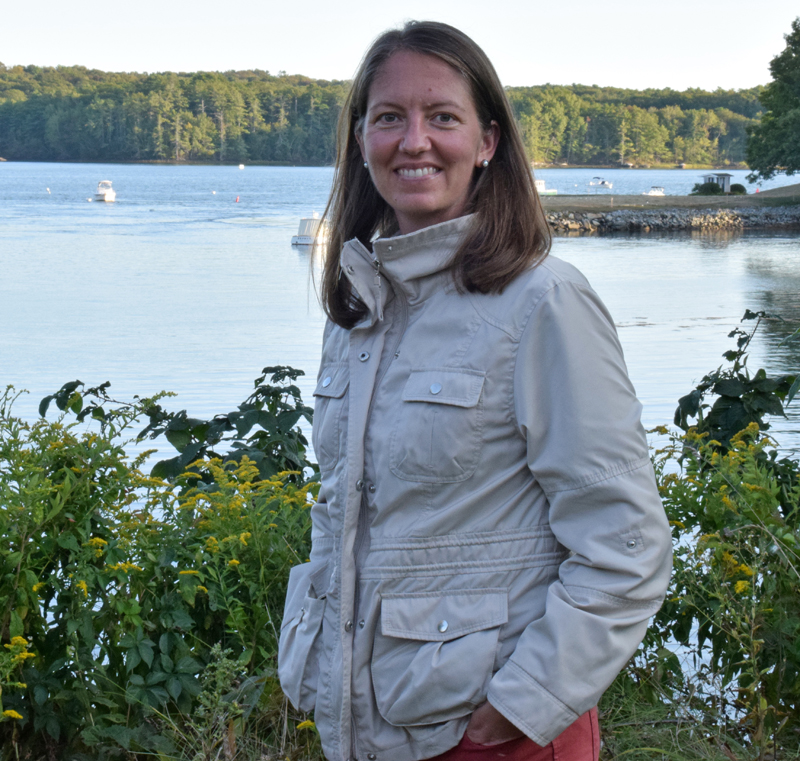 Crafts is seeking to represent Bremen, Bristol, Damariscotta, Monhegan, Newcastle, part of Nobleboro, and part of South Bristol. The other candidate is Newcastle farmer and forestry consultant Merle Parise, a Republican.

Crafts, a newcomer to state politics, said in an interview Sept. 21 that she was prompted to run for the Legislature by the long waitlist for crucial behavioral health services at the Maine Department of Health and Human Services.

At her job as a social worker and director for the Compass program at Bristol Consolidated School, she sees firsthand how many students and their families cannot receive necessary services because of the long wait.

Crafts described Compass as a behavioral support service for children with autism, mood disorders, attention deficit disorder, or other issues that hinder learning.

“It meant families we worked with were relying on crisis services, police involvement, psychiatric hospitalization, ER visits. The ripple effect was high and here we were not able to provide the service that we know treats and supports families,” Crafts said.

Crafts said that after calling DHHS multiple times on behalf of struggling students and their families and hearing that the “waitlist is the waitlist” and that any changes were the responsibility of the Legislature, she decided to run for office herself.

“We know it’s much more cost-effective early on — early intervention is important. We end up putting the money 10 times into prisons and law enforcement and all of that,” Crafts said.

She said many students need a lot of additional support outside school and get referred to the state for these services.

Crafts said there needs to be a statewide commitment to providing mental health services more efficiently.

“I think we’d have to look at MaineCare reimbursement and professional training and staffing and how we recruit, train, and pay staff for those jobs. Because it is a really hard job,” Crafts said.

Crafts said many mental health counselors in the area have stopped accepting MaineCare patients altogether because the bureaucracy of the system is too daunting.

Crafts would also like to look at ways to attract and retain young talent in the state and the local community.

“I don’t want to overlook the ways we can invest in the future and invest in public education so that children who grow up here really believe that this is a place they can also make a life,” Crafts said.

She said she grew up with people telling her she would have to leave Maine to find career opportunities. She doesn’t think this has to be true.

Crafts has held about 15 Facebook Live events where she talks with industry professionals on a variety of relevant statewide topics to better prepare herself for the Legislature and inform the public.

Most recently, she talked with Wayne Farrin, owner of Farrin Properties, about the local real estate market and, in a separate event, Bill Mook, of Mook Sea Farm, about local aquaculture and small businesses.

“The type of leader I’d like to be is recognizing that there are a lot of voices in our community who know and live lives that are different from my own,” Crafts said.

Crafts said protecting natural resources and addressing climate change caused by greenhouse gas emissions are high priorities for her. She would like to serve on the Marine Resources Committee to provide local representation in this area.

She said preserving natural resources is critical to the agriculture and aquaculture industries, as well as the tourism industry.

“What brings people to this area is so much about our natural resources and it’s important not only that we’re addressing climate change now but that we’re proactive,” Crafts said.

She noted that the immediacy of climate change is starting to show in more frequent and more intense extreme weather events across the country.

“I know there are going to be some pretty hard conversations about where those funding cuts do take place. I think folks who can take in information from multiple sources and different opinions can come out with reasonable plans,” Crafts said.

Crafts believes working in the public school system has prepared her for work in the Legislature and informed her on how to serve the greater good.

She has also participated in political training through the Maine Education Association teachers union and Emerge Maine, an organization that provides training on campaign logistics to Democratic women.

Prior to working at BCS, she worked as a clinical social worker at the RSU 1 school district; Providence Health; and Togus, the U.S. Department of Veterans Affairs hospital.

Crafts grew up in Belfast and, after a period of time running an organic vegetable farm in the West, she settled back in Maine. She studied geology and anthropology at Smith College in Massachusetts.

In her free time, she enjoys spending time outdoors with her family and her dogs, swimming, hiking, kayaking, and gardening.