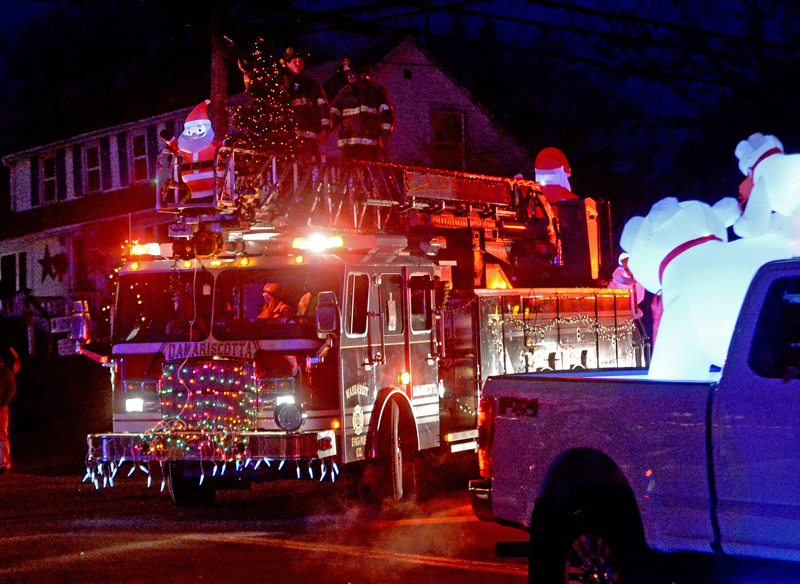 The first-ever Villages of Light celebration took place in Damariscotta and Newcastle on Saturday, Nov. 25. The event was the culmination of five months of work by a small committee of community members with the goal of bringing more holiday spirit to the Twin Villages.

In addition, a local Boy Scout troop took the initiative to wrap Christmas lights and garland around the rails of the Damariscotta-Newcastle bridge.

The idea behind Villages of Light was to combine the three separate events and build on the spirit of the holiday already established in the community, according to Villages of Light Committee member John Roberts.

“All good ideas need someone to take the first step and lead the charge, and the Villages of Light was no exception,” said Villages of Light Committee member Mary Kate Reny. “In this case, it was the young energy of John Roberts and Maia Zewert who pushed and first organized the committee. From there, the committee was born, bringing with it all of the collective networks of its members, and voila! Everyone got to celebrate this place, the community, and the start of the Christmas season.”

The Villages of Light committee, made up of members from the chamber, Twin Villages Alliance, the Rotary Club of Damariscotta-Newcastle, and other volunteers, first met in June and held meetings regularly to brainstorm and plan for the event.

In addition to keeping the decorations on the bridge, which are now handled by the Rotary, the committee decided to display sponsored Christmas trees around both towns, similar to another local festival. 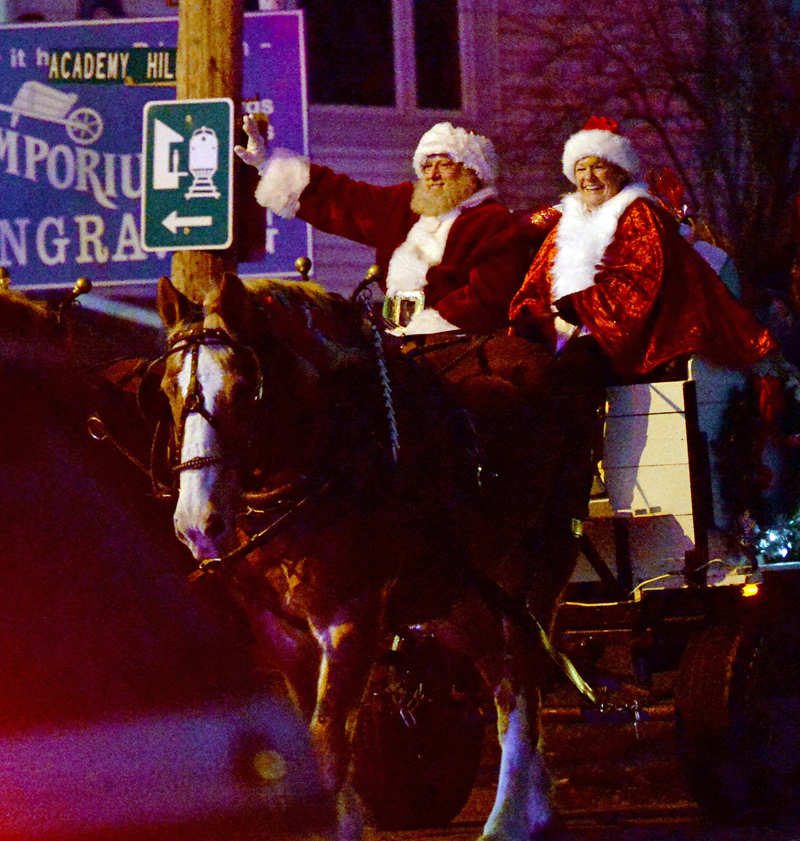 “We wanted to do something that would entice more people to come to town and walk around, so we followed the (Damariscotta) Pumpkinfest deployment plan with Christmas trees,” Roberts said.

Area businesses and individuals sponsored the 55 trees and were responsible for decorating beyond the lights provided by the committee. Hammond Lumber Co. supplied the hardware and Renys donated the pallets the trees sit on.

A key component of the event was the two large Christmas trees donated by Norman Hunt, founder and owner of N.C. Hunt Inc. On Saturday, Nov. 18, one of the trees was placed at the Chapman-Hall House in Damariscotta while the other was erected in Veterans Memorial Park in Newcastle. Tidewater Telecom Inc. strung lights and Louis Doe Home Center donated the necessary hardware to secure the 20-foot trees.

“It was really great to see the community come together and pitch in to make this event happen,” Roberts said.

With all the preparations in place, the inaugural Villages of Light celebration kicked off at 11 a.m., Saturday, Nov. 25 with crafts for kids in Skidompha Public Library. Santa Claus arrived in downtown Damariscotta an hour later, greeted by a performance by the Renys Rockets on Main Street.

After Santa Claus heard Christmas wishes from children of all ages in Lincoln Theater, families were treated to a free showing of the 1970 film “Santa Claus is Comin’ to Town.”

The Parade of Lights down Main Street in Damariscotta and Newcastle got underway at 4:30 p.m., almost 30 minutes after sunset. Santa and Mrs. Claus led the parade in a horse-drawn carriage filled with elves from Coastal Kids Preschool. As the couple rode by, Lincoln Academy student volunteers walking alongside the parade route would turn on the Christmas lights.

Spectators of the parade voted for their favorite floats and decorations. The Damariscotta Fire Department’s ladder truck was voted the best fire truck in the parade and selected as the people’s choice. Santa Claus’ horse-drawn carriage took second place for people’s choice, while Bangz placed third.

After the parade, visitors could visit local restaurants to enjoy a festive holiday drink, which the Villages of Light committee referred to as “a cup of cheer.”

Both Reny and Roberts expressed confidence that Villages of Light will become an annual event that continues to grow.

“I think what made the event so successful is that everyone wanted to do something for the holiday, it was just a matter of getting everyone together to make it happen,” Roberts said.