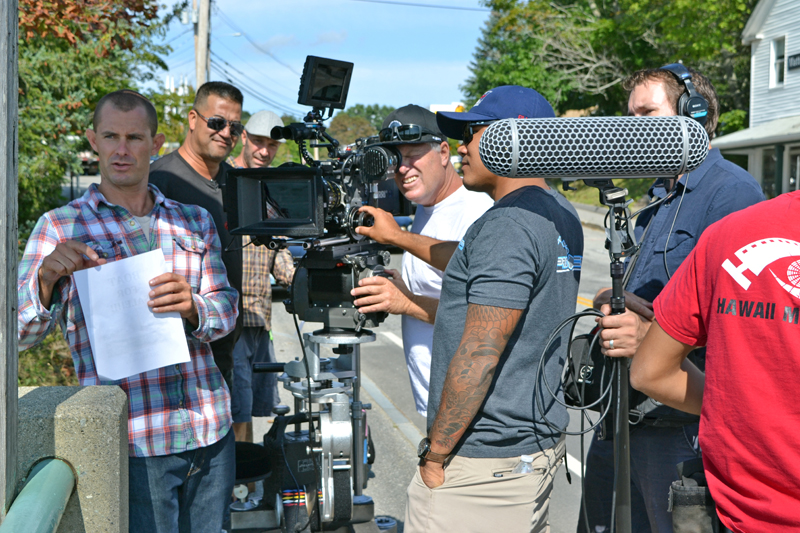 Bobby Davison (left) and his camera crew shoot on the Damariscotta-Newcastle bridge the morning of Friday, Aug. 25. (Christine LaPado-Breglia photo)

A Hawaii-based production company shot portions of its debut film in Christmas Cove, Jefferson, New Harbor, the Twin Villages, and other locations around Lincoln County during the last week of August.

Produced by Davison Films, “Rocket Club” is a heartfelt coming-of-age drama addressing father-son relationships and their lifelong impacts, according to Bobby Davison. Davison, the CEO and founder of Davison films, is the writer, director, and producer of “Rocket Club,” and also stars in the film.

Davison’s previous credits include camera work on the movies “Jurassic World” and “Battleship” and the TV series “Off the Map” and “Lost.” He had a recurring acting role on the ABC series “Last Resort,” for which he also performed stunts. 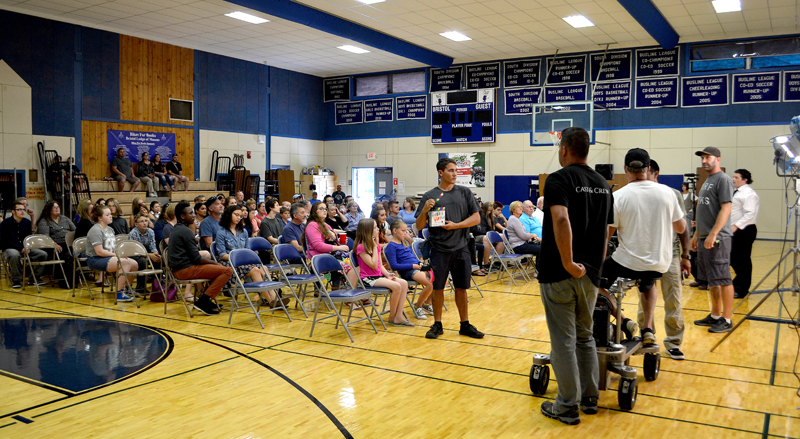 The cast and crew of “Rocket Club” prepares to film a scene in the Bristol Consolidated School gym the afternoon of Sunday, Aug. 27. (Maia Zewert photo)

Davison is working with Tony Nagy, co-producer and director of photography for “Rocket Club.” Nagy’s previous experience includes camera work on films including “Pirates of the Caribbean: The Curse of the Black Pearl,” “The Hunger Games,” and “Kong: Skull Island.”

“Rocket Club” is set in Chicago, Hawaii, and Maine. The crew spent three weeks filming in Hawaii before coming to Maine. Davison said one of the reasons he was drawn to filming in Lincoln County was his history with the area, as he spent much of his youth on Damariscotta Lake.

Before filming in Maine began, a casting call took place in the area to find extras and other actors. Buzz Maine, of Damariscotta, facilitated the process.

“I really have to give a shout-out for all they did for us there,” Davison said. “(Casting director) James Stiles did most of the casting at Buzz Maine, and we were really impressed with the talent of the actors around here.”

Some scenes, however, required on-the-spot casting. A scene shot at Maritime Farms in Newcastle on Friday, Aug. 25 needed some Mainers in the background. Shortly after the crew arrived to set up, two people who were “exactly” what the filmmakers were looking for pulled up to the gas station, Davison said. 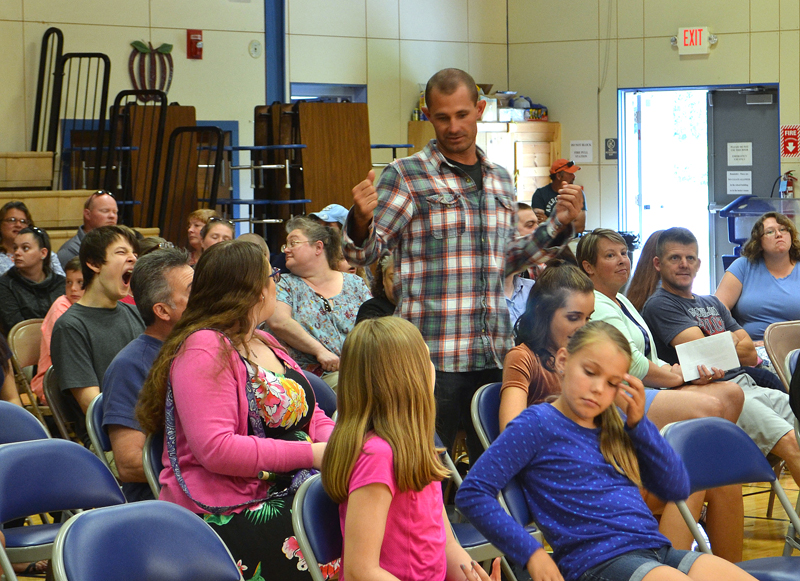 Bobby Davison speaks with fellow cast members of “Rocket Club” before filming a scene in the Bristol Consolidated School gym Sunday, Aug. 27. Davison is the film’s writer, director, and producer, and also stars in the film. (Maia Zewert photo)

“These people here are just so authentic and that was exactly what we were looking for,” Davison said.

Filming also took place at Coveside Marine and Restaurant in South Bristol. The shoot lasted a couple hours, and some of the restaurant employees were drafted as extras for a scene.

“It was pretty cool to be able to see the entire process and what all went into making (the movie),” said Coveside owner Alex Nevens.

Most of the crew and cast members stayed in homes on Damariscotta Lake and at the Down Easter Inn in Damariscotta. Davison said area residents were “very receptive” and positive about the film. 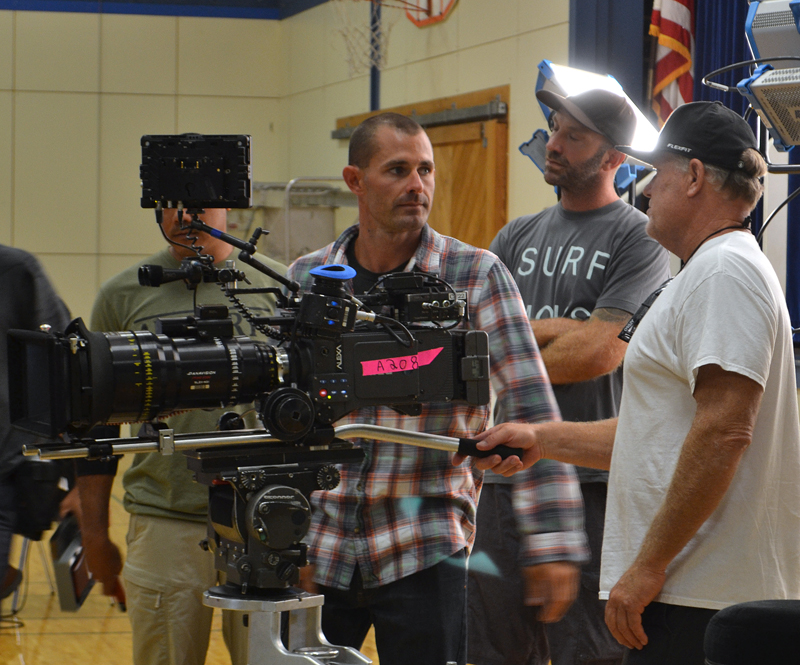 “We’ve really had a great time filming here,” he said.

During the entire film shoot, Buzz Maine owner Jennifer VanHorne cooked breakfast for the cast and crew every morning. VanHorne said she “absolutely loved” hosting the filmmakers, who taught the baristas how to make “bullet coffee.”

VanHorne said she plans to add the drink, which consists of coffee, coconut oil, butter, and a shot of espresso, to the menu with the name “Rocket Club Coffee” in honor of the film.

The film is set for release in early 2018. For more information, go to davison-films.com or find Rocket Club Movie on Instagram.