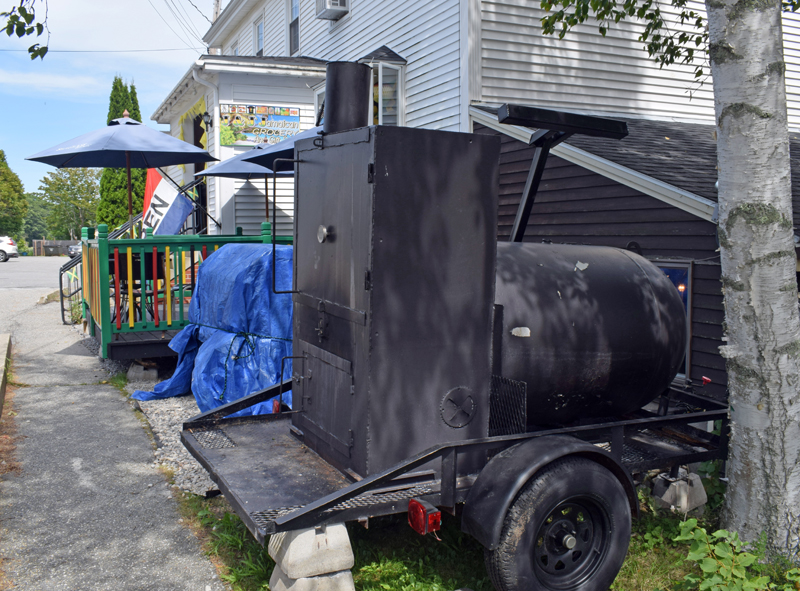 J & J Jamaican Grocery and Gift Shop was issued a cease-and-desist letter to discontinue the operation of its food smoker by Damariscotta’s Code Enforcement Officer Stanley Waltz, on Sunday, Aug. 1.

The letter, which was posted on J&J’s Facebook page, says the smoker is “causing a nuisance as defined by Maine State Statute.”

“The smoke from the smoker is directly affecting the abutting property and causing harm to the businesses,” the letter states.

The post received a lot of attention, reaching over 10,200 people and garnering 157 comments as of Tuesday, Aug. 3.

Waltz has a video of the “really thick” smoke, and said the owner of the Pine Tree Yarns had to close down because of it.

Waltz also said the smoker must be at least 10 feet away from the building and a propane tank, which it was not. 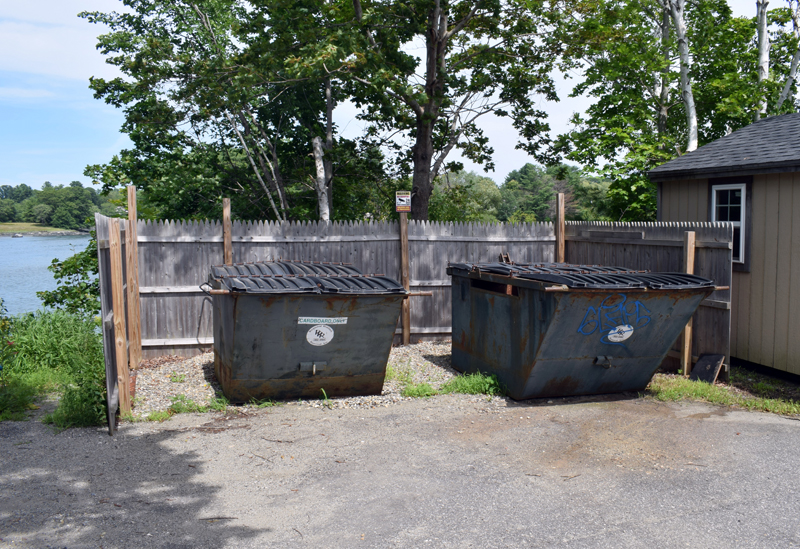 The area in the back of the parking lot behind J & J Jamaican Grocery and Gift Shop where a food smoker is proposed to be relocated approximately 250 feet from the storefront to avoid complaints about the smoke from neighboring business owners. The owners of the store are waiting for permission from Bangor Savings Bank to move a Dumpster to allow room for the smoker. (Evan Houk photo)

The owners of J & J fired up the smoker on Saturday to clean it in preparation for cooking on Sunday. It had sat unused for four months while the business awaited approval for the use of the smoker, first from the Damariscotta Historic Preservation Review Commission, and then the Damariscotta Planning Board, said co-owner Keleen Watson on Tuesday, Aug. 3.

“They gave us the permit and the permission to use it, but we never got the chance to use it,” she said, adding that it is understandable that the smoke was so thick because they were cleaning it and it was really windy.

Watson and co-owner Peter Ebanks informed neighbors they were cleaning the smoker on Saturday. The next morning, while smoking food for the day, the smoke was barely visible.

Waltz said he is working with Watson and Ebanks and Bangor Savings Bank to relocate the smoker to the back of the parking lot behind the store and Courtyard Street, approximately 250 feet from its current location in front of the store.

Bangor Savings Bank has to grant permission and move the Dumpster to allow room for the smoker.

“We are working with them to try and move it. We’re not trying to put them  out of business,” Waltz said.

Watson said they are simply waiting on word from the bank to see how they can proceed.

“I don’t want to be a nuisance to anybody,” she said.