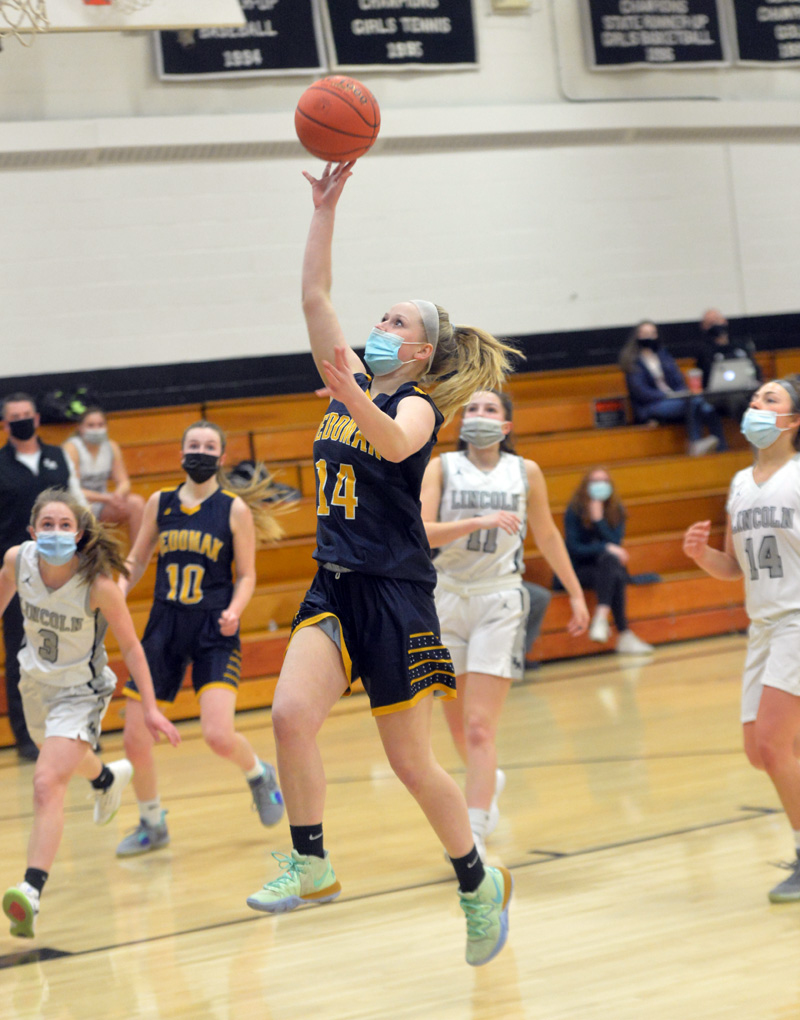 A 17-year-old died in a single-vehicle crash on River Road in Edgecomb on the evening of Sunday, Oct. 10.

According to a news release from the Lincoln County Sheriff’s Office, Paris Pierpont, of Jefferson, died at the scene from injuries sustained in the crash. She was the only occupant of the vehicle.

The initial investigation indicates that Pierpont was driving a 1998 Volkswagen Beetle north on River Road when the vehicle crossed into the southbound lane, left the roadway, and struck a utility pole and tree, according to the news release.

The airbags in the vehicle deployed, but Pierpont was not wearing a seatbelt.

The Lincoln County Communications Center received a report of a motor-vehicle crash at 10:19 p.m. on Sunday. The LCSO, Edgecomb Fire Department, and Central Lincoln County Ambulance Service responded to the scene.

Traffic on River Road was detoured until 3 a.m. on Monday, Oct. 11.

Anyone who wishes to provide information regarding the events leading up to this event can also use LCSO’s LTIP line anonymously by texting the keyword LTIP and the information to 847411, according to the release.

Paris Pierpont was the daughter of Edwin Pierpont, who recently set the Maine state record for heaviest giant pumpkin at the Damariscotta Pumpkinfest weigh-off on Oct. 3.

On Monday, Oct. 11, a memorial with flowers and chalk was set up by her friend, Vlade Sherrill, 20, of Nobleboro, in front of the area where the prize-winning pumpkin is displayed on Theater Street in downtown Damariscotta.

“When I heard about it, I couldn’t really think of a better spot,” Sherrill said.

Sherrill invited people to stop by the memorial to pay tribute by leaving flowers or writing a message or a heart on the street. He said he is spreading the word through social media. 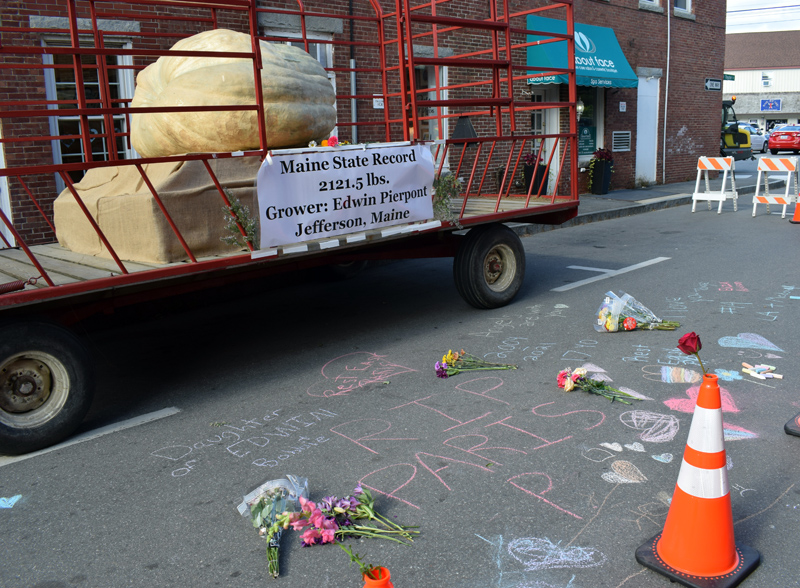 A memorial to Paris Pierpont, the daughter of Edwin Pierpont, the Jefferson man who won the Maine state record for heaviest giant pumpkin, has been installed in front of the prize-winning pumpkin on Theater Street in Damariscotta. Paris Pierpont died in a single-vehicle crash in Edgecomb on the evening of Oct. 10. (Evan Houk photo)

Sherrill knew Paris Pierpont when they both attended Lincoln Academy. He said he last saw her at LA’s homecoming this year. She was a student at Medomak Valley High School prior to her death, Sherrill said.

He remembers her energy and her intensity on the basketball court. He said they used to play basketball together at the Central Lincoln County YMCA in Damariscotta.

Damariscotta Road Commissioner Hugh Priebe said the area on Theater Street around the pumpkin and memorial will continue to be blocked off for at least 48 hours.