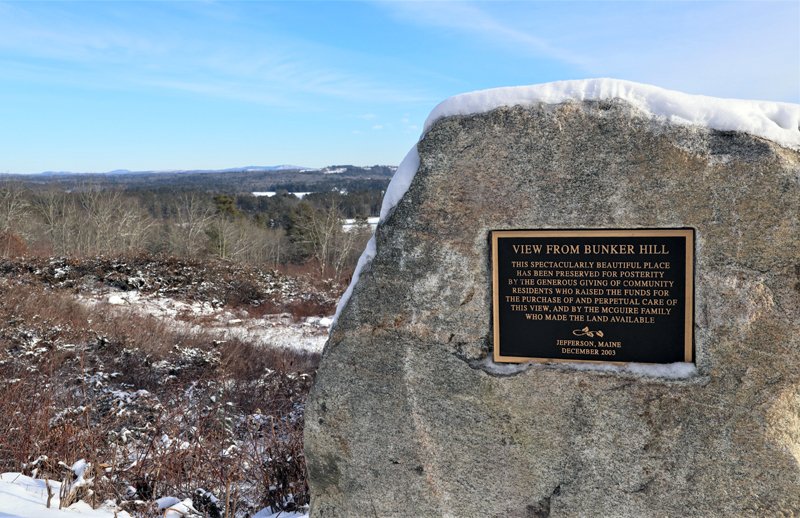 The town of Jefferson saw a bump in the number of building permits coming through for approval during the pandemic, including a four-building subdivision on Bunker Hill Road. (Emily Hayes photo)

The town of Jefferson is defined by its protected land and recreation space. Damariscotta Lake State Park, a popular swimming and canoeing area, is located within the town lines, as well as the Hidden Valley Nature Center.

But the Jefferson Planning Board has noted a recent increase in the number of building permit applications and development proposed for places long known for their rural, scenic landscape, such as Bunker Hill Road.

The Jefferson Planning Board has had 94 new building permit applications come in since the start of 2021, though not all of them will be approved or mean new houses in town. In Jefferson, residents need to submit a building permit to build a chicken coop.

During its meeting on Dec. 7, the planning board considered a proposal for a five-lot development spanning 18.4 acres along Bunker Hill Road near Musquash Pond Preserve, a popular fishing spot.

Already, someone is interested in purchasing three of the two-acre lots for family members, according to building permit applicant Mark Johnston.

Conservation nonprofit Midcoast Conservancy, the organization that maintains and operates Hidden Valley Nature Center, has a right-of-way that requires the property owners to provide public access to Musquash Pond Preserve. Conservation easements are one way towns are proactive in protecting Lincoln County’s woods and waters and residents’ access to them.

Johnston had previously attended a Midcoast Conservancy event for landowners to learn more about options to conserve land in 2018. A year later, he conserved over 250 acres of his family’s land through the conservancy, next to the proposed subdivision for homes.

In 2020, national nonprofit The Nature Conservancy transferred its portion of Musquash Pond to Midcoast Conservancy, protecting 78% of the shoreline from development. 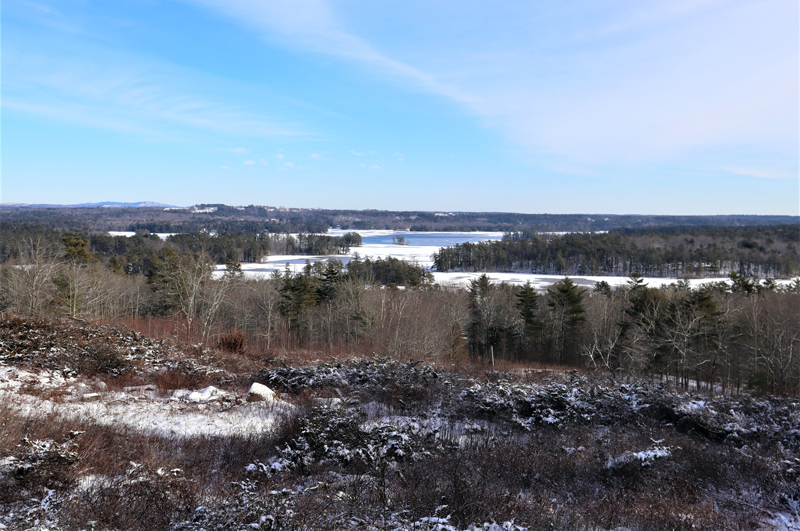 The view from Bunker Hill Road into a stretch of protected land, intended to protect both the wildlife and the rural nature of the town of Jefferson. (Emily Hayes photo)

“This is a really good test case,” Anna Fiedler, director of conservation at Midcoast Conservancy, said. But “there’s a need for proactive conservations with towns” on future development, she said.

Johnston was willing to work with the conservancy when coordinating the sale of his family’s land, but the number of development requests has increased in Lincoln County over the past few years. Even in the case of Johnston’s subdivision, new houses also mean new roads will be built through undeveloped habitat.

The increase in building permit applicants has come in cycles when there’s a boom in the economy and home building, according to Jefferson Selectman Greg Johnston.

“Whether or not they actually build it is another thing,” Greg Johnston said.

But Maine’s population appears to have grown by 10,000 people during the pandemic due to in-migration from other states, according to the U.S. Census Bureau. Deaths in Maine continued to outnumber births from April 2020 to July 2021, meaning the population growth came from people moving to Maine at one of the fastest rates of growth recorded in the country, according to the Census Bureau.

The evident increase may be related to the new way the Census Bureau collects data, including newly mandated privacy restrictions and time constraints because of the COVID-19 pandemic.

But the Jefferson Planning Board and Midcoast Conservancy recognize the same pattern in the number of development requests coming in.

“There’s been a huge increase in interest in living on the entire Midcoast even before the pandemic,” Pete Nichols, executive director of the conservancy, said, especially for towns within 30 minutes of U.S. Route 1.

Balanced development is possible, but it requires planning ahead to protect the land and water bodies people still rely on for fishing and hunting, Nichols said. The nonprofit can offer guidance in how to keep existing core habitat undeveloped while balancing an influx of people who want to move to Jefferson and contribute to the local economy.

“We want to be working with the towns more on comprehensive planning,” he said. 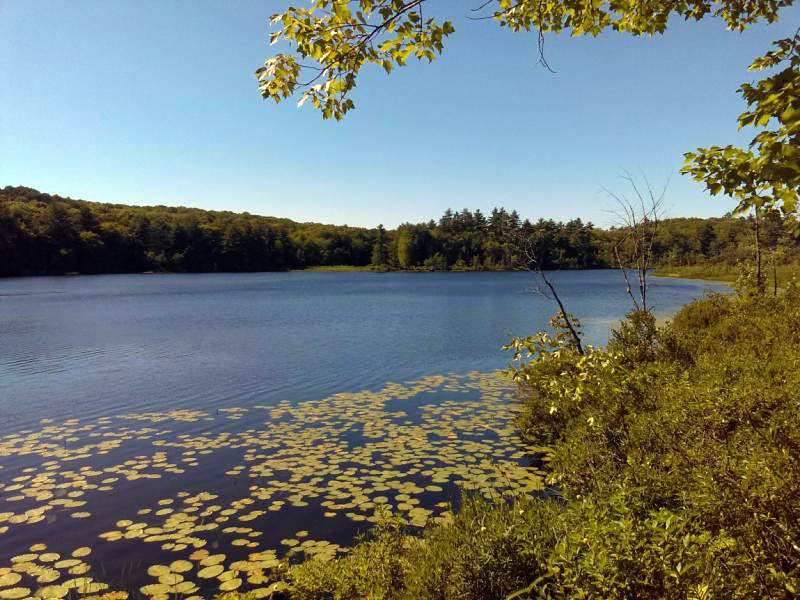 The waterfront of Musquash Pond is protected by land transferred from The Nature Conservancy to Midcoast Conservancy. (Photo courtesy Anna Fielder)

During the height of the pandemic, parks in Jefferson like the Hidden Valley Nature Center saw increased traffic as families sought places to go where they could be safe and get out of the house.

“If there’s any indicator of the importance of protecting lands, that’s it,” Nichols said. They continue to be a resource that serves locals while attracting tourists and business.

The organization also has over 250 local volunteers helping with trail maintenance at the nature center, demonstrating the county’s commitment to protecting undeveloped land, Nichols said.

“If there’s land that’s undeveloped, it retains the quality of this place that makes everyone want to live here,” Fiedler added. The pandemic increased awareness of the mental health benefits of spending time in nature, getting exercise outside, and spending time away from screens.

Towns like Jefferson have ordinances in place to keep development responsible, such as a 2-acre minimum for each home property.

“There’s not much more we can do,” Greg Johnston said. The town tried to organize a committee to revitalize the town’s comprehensive plan, but struggled to recruit members.

As a land restoration organization, Midcoast Conservancy has a big-picture understanding of Lincoln County’s landscape and tracts of undeveloped land that are important for species migration and water quality. The conservancy plans on reaching out directly to the community and to town governments to help develop a plan to both accommodate new housing and protect the tracts of land that are invaluable habitats, such as wetlands.

“People like to be outdoors here,” Nichols said. “Collaboration with town governments allows us to think creatively about protecting land while allowing for reasonable development.”