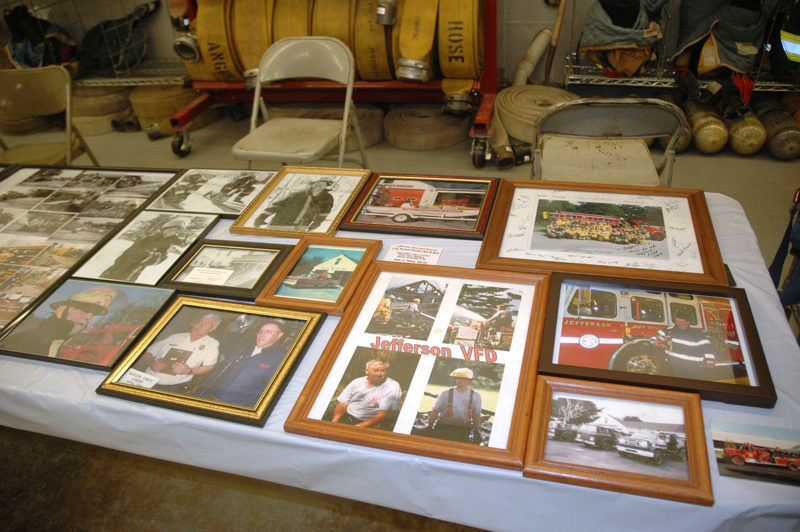 Jefferson Fire and Rescue celebrated its 75th anniversary the night of Saturday, Nov. 12, welcoming members of the public to an open house and turkey supper at the fire station.

“Tonight we are celebrating 75 years of service. We still are very proud we are a 100 percent volunteer department,” Jefferson Fire Chief Walter Morris said.

The department’s founders came together on the evening of Nov. 21, 1941, at the Christian Endeavor Hall, and “decided it was time to start a fire department to help protect Jefferson,” Morris said.

He said the department’s original equipment was purchased with donations from community members. Several years later, the department purchased its first vehicle, a 1926 Chevrolet truck, from the Boothbay Fire Department.

After the department became licensed at the state level for a first responders unit, its name was changed to Jefferson Fire and Rescue in 1991. 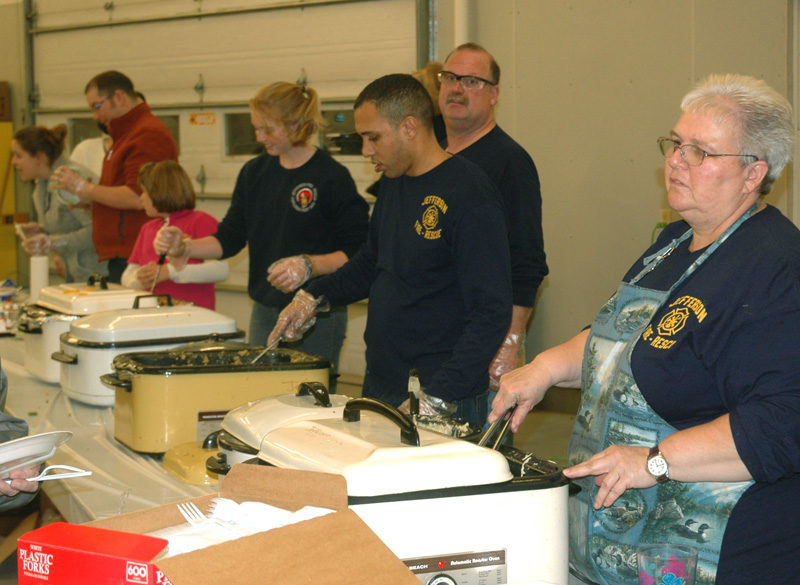 According to Morris, the annual harvest supper provided the department with an opportunity to open its doors to the public and put the organization’s history on display, from equipment dating back to the 1940s to a series of photos documenting the role of firefighters in the Jefferson community over the last several decades.

The chief said he reached out to former members to attend and take part in the recognition of the department’s milestone.

“It’s a chance to reminisce for former and current members, while being with folks in the community,” Morris said.

He said he is proud of the work put in by the department’s volunteers.

The chief, who formerly worked as a firefighter in Rockland County, N.Y., moved to Jefferson in 2006 and became fire chief in 2010. 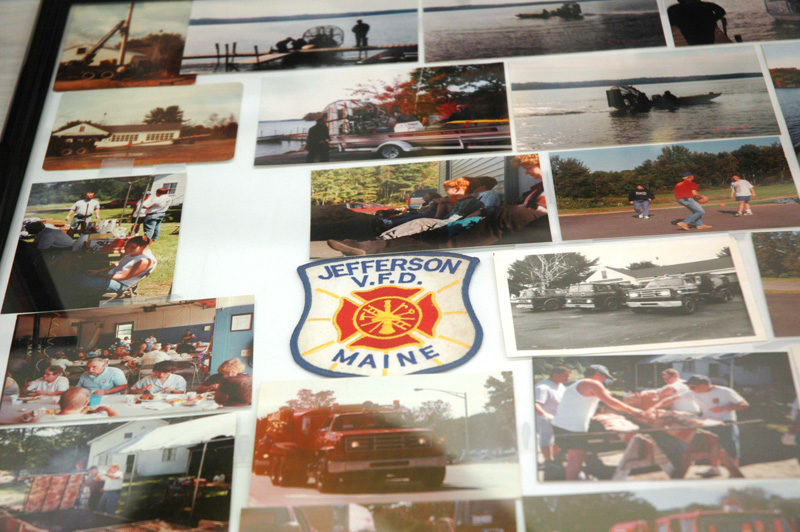 Photos on display at the 75th anniversary open house of Jefferson Fire and Rescue depict the history of the department. (Alexander Violo photo)

Morris said the Jefferson Historical Society lent the department photos to display at the fire station during the open house, in addition to photos and equipment in storage at the facility.

He said the department started talking about celebrating the 75th anniversary early this year, and the department’s lieutenants and other members took the lead in the effort to organize the event.

Morris said the department is thankful for several donations for the supper from the community, including food from Clark Farms, County Fair Farm, and Hannaford Supermarket.

In August, Jefferson Fire and Rescue was honored with a Unit Citation Award recognizing the department’s founders at the annual lobster bake and awards ceremony of the Lincoln County Fire Chiefs Association in South Bristol.

During the August meeting, Morris, the vice president of the county association, presented the award to Don Hastings, the oldest current member of the department. Hastings, who joined up in 1991, accepted the award on behalf of the organization’s founding members. 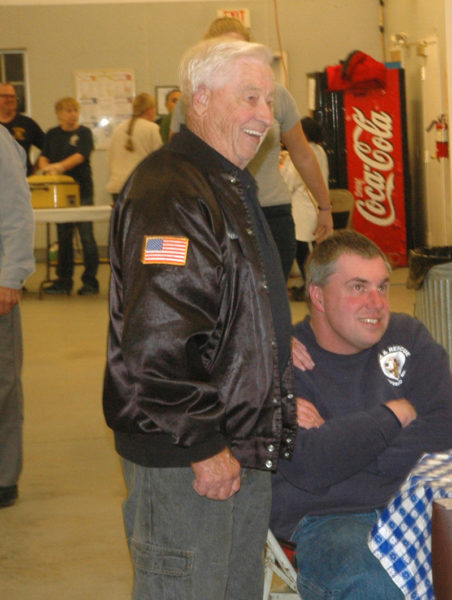 Hastings was in attendance at the open house, as were a number of current and former Jefferson firefighters. Firefighters welcomed visitors and pitched in with cleanup duties after dinner.

In addition to current and former members of the fire department, members of Jefferson Fire and Rescue’s Explorer Post volunteered at the open house. The Explorers program is open to boys and girls ages 14-18.

“It’s a great opportunity to introduce them into the world of fire and EMS,” Morris said.