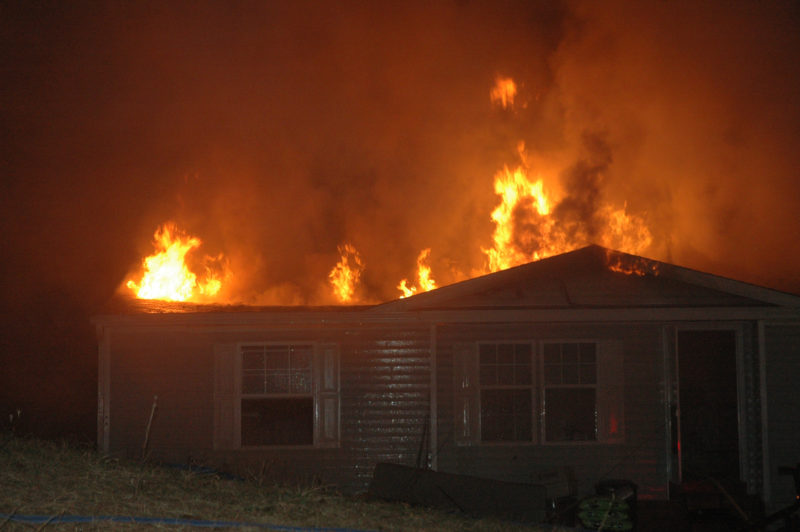 Flames shoot through the roof at 1351 South Clary Road during the evening of Monday, April 17. (Alexander Violo photo)

A home at 1351 South Clary Road in Jefferson was struck twice by fire Monday, April 17, and is likely a total loss.

A second fire late Monday, however, heavily damaged the house.

According to Jefferson Fire Chief Walter Morris, when he arrived on scene Monday evening, flames were shooting through the roof of the home.

Morris said the blaze caused significant damage to the interior and exterior of the structure, and it was likely a total loss.

Morris said while multiple people were home at the time of the first fire, the house was empty when the second fire was called in by neighbors.

There were no injuries as a result of either incident.

Morris said when crews arrived Monday night, they attacked the fire in the front and rear of the home, knocking down the main body of the fire prior to beginning an interior attack where firefighters put out flames within the home and used pikes to knock down portions of the ceiling, aiding in the extinguishing of flames on the building’s roof.

The homeowner, Enos Webster, told the Kennebec Journal the initial fire may have been caused by an unattended cigarette.

The Alna, Newcastle, Somerville, Waldoboro, and Whitefield fire departments assisted at the scene, along with the Central Lincoln County Ambulance Service and the Lincoln County Sheriff’s Office.

Morris said crews cleared the scene around 2:30 a.m. after completing overhaul work on the building.

Morris said the building, a double-wide trailer, was split into two sections, with the ridgepole joint creating an area where tiles from the roof could fall into, necessitating extensive overhaul work after the fire was knocked down.

Morris said the home was insured. Stewart Jacobs, of the State Fire Marshal’s Office, and a private fire inspector retained by the homeowner’s insurance company were investigating the scene Tuesday afternoon.

According to Morris, crews from the department’s south station were the first on scene for the initial fire and reported smoke showing from the building when they arrived.

Morris said firefighters knocked the flames down before they could spread. The fire was contained to the bathroom, though there was limited smoke damage throughout the rest of the home. 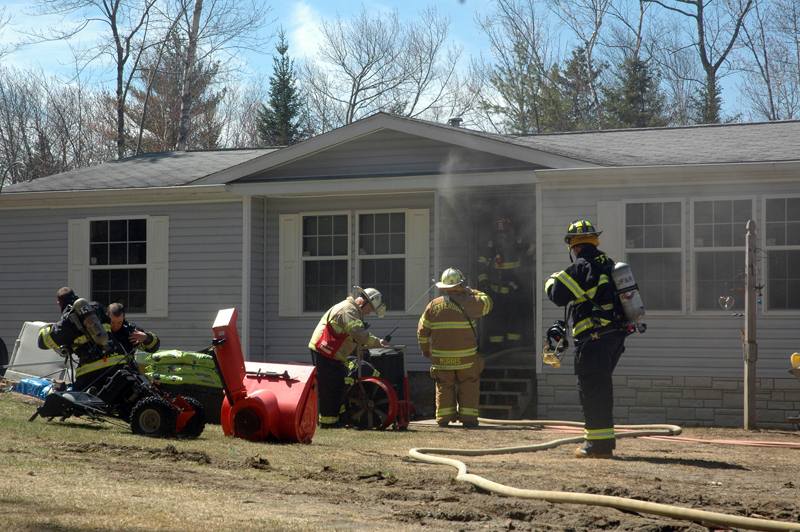 Firefighters set up a fan to clear the home of smoke after a fire on South Clary Road in Jefferson. (Alexander Violo photo)

Morris said crews were able to put tarps over bedding in the bedroom adjacent to the bathroom to limit water damage.

Morris said the homeowner, one of a few people in the home at the time of the fire, smelled smoke, discovered the fire in the bathroom, and used a fire extinguisher to attempt to put it out.

Morris said the homeowner went to get a garden hose, but a plastic shower curtain caught fire, creating a substantial amount of smoke.

Morris said the home was equipped with working smoke detectors and their activation played a role in the speedy response to the fire.

Morris said that when he arrived on scene, he confirmed everyone was out of the building and closed the front door to cut off the oxygen supply to the fire. He said crews proceeded with an interior attack, entering through the front door and extinguishing the fire.

Morris said that before clearing the scene, firefighters would use a thermal-imaging camera to ensure the fire was completely out, in addition to a fan to rid the home of smoke. 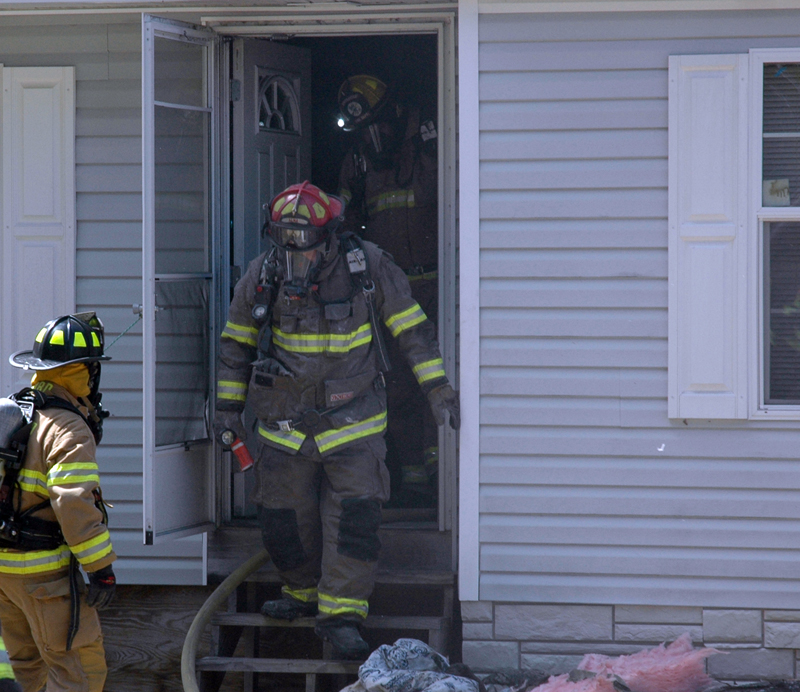 Firefighters exit a home at 1351 South Clary Road in Jefferson after preventing a fire in the bathroom from spreading to the rest of the home. (Alexander Violo photo)

Jefferson Fire and Rescue cleared the scene around 2:30 p.m.

South Clary Road was shut down during the response to the fire.

Neighbor Lawrence Grimard said he was impressed with the speed and orderly nature of the emergency response, praising the firefighters for their commitment to their respective departments.