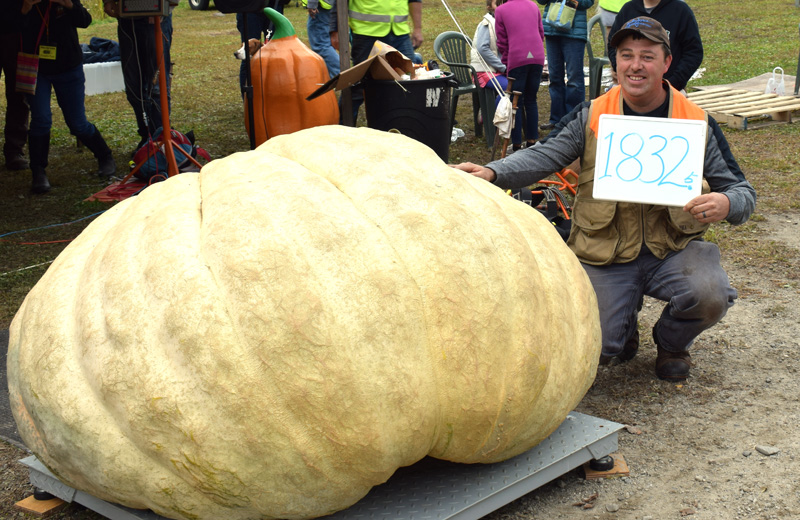 The weigh-off, the first major event of Damariscotta Pumpkinfest, drew about 70 spectators to Pinkham’s Plantation, on Biscay Road in Damariscotta, on the crisp autumn morning.

Pierpont reclaimed his title with a 1,832.5-pound white beauty that outweighed his “exhibition” entry by just 32 pounds. Either pumpkin would have broken the record.

By the rules of the Great Pumpkin Commonwealth, which sanctions the weigh-off, each grower may submit one official entry into the contest. Additional “exhibition” entries can be weighed, but are ineligible for the competition and its prizes.

The suspense was palpable for the final weigh-off between Pierpont and Charlie Lopresti, as Pumpkinfest co-founder Bill Clark covered each scale’s display in anticipation.

When the weight of Pierpont’s pumpkin was finally revealed, a new state record was established. 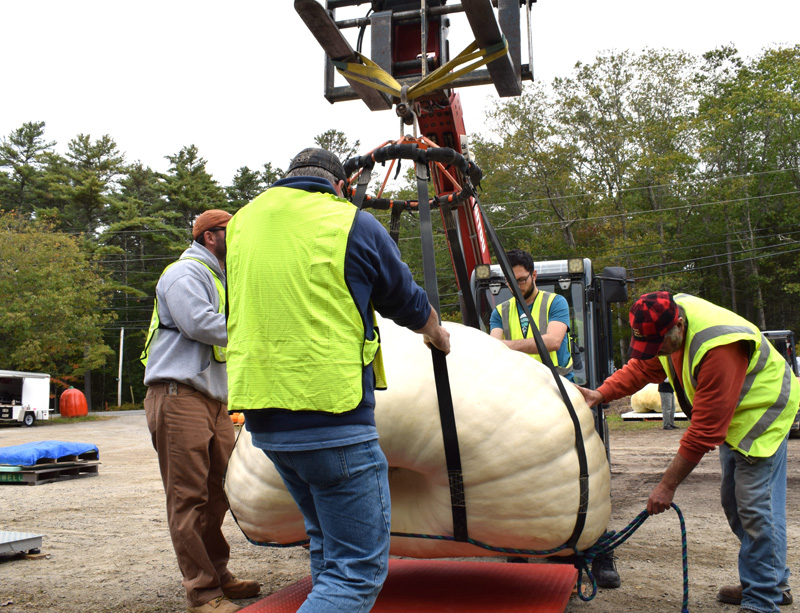 “I call it the ‘sitting dog’ because it looks like a sitting dog,” Pierpont said, referring to the oblong shape the over-sized pumpkins and squashes sometimes take.

It appears the pumpkins will only continue to grow bigger, judging from all the tips, tricks, knowledge, and seeds that are shared between growers at the event and throughout the growing season.

Richard Powell, of Nobleboro, who had four pumpkin entries over 1,000 pounds, came in second place with his official entry of 1,701.5 pounds.

Whitty, who has competed before, was in the hospital recovering from an illness, but joined the weigh-off by videoconference to see how much her pumpkin weighed. 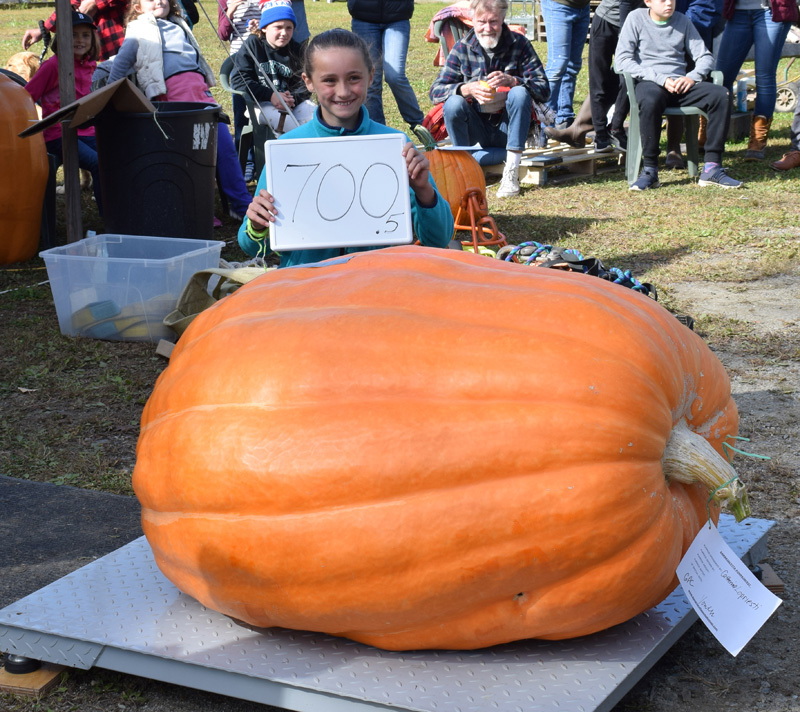 Powell joked that he and Pierpont had a gentleman’s bet concerning one of his exhibition pumpkins that was planted with a squash seed but never turned green. Powell’s pumpkin would have beat Pierpont’s squash and taken the state record, weighing in at 1,499 pounds, if it had turned green.

“I thought about painting it green, but then I would have had paint all over me,” Powell told Lopresti, the master of ceremonies for the weigh-off, as the crowd chuckled.

St. Laurent weighed a watermelon of 159.5 pounds, which Clark declared a state record for largest watermelon grown in Maine.

“As far as I know, that’s the heaviest watermelon grown in the state of Maine,” Clark said. 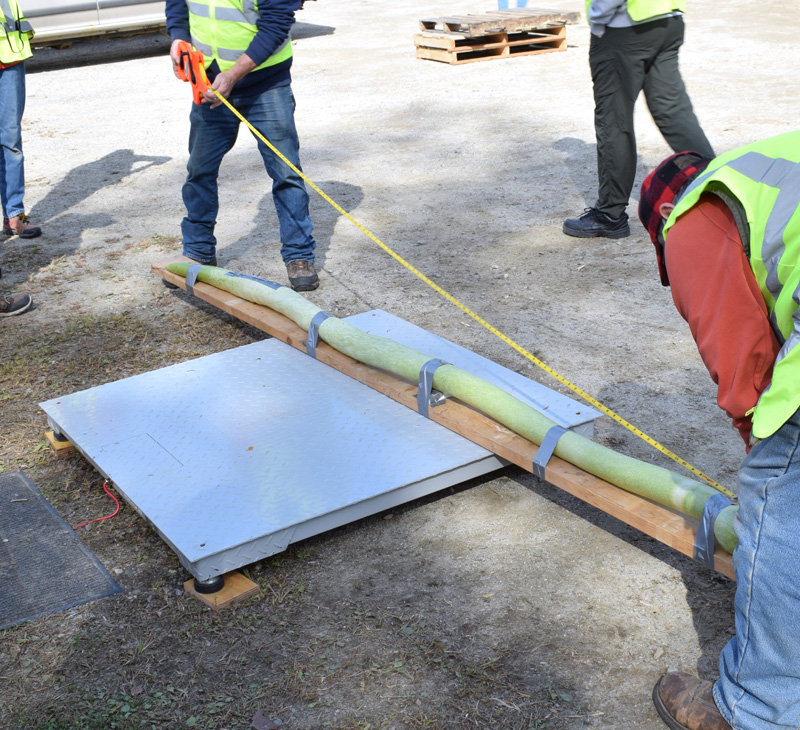 Lopresti was sure to talk to each individual grower while their fruit was being weighed, looking for anecdotes and tips from the growing season.

A perennial contender himself, the meteorologist came in third place with a nicely rounded, pale orange, 1,649-pound specimen.

Throughout the day, Lopresti analyzed the results of the different seeds used and what each particular seed typically yields.

Seeds are saved whenever a particularly large pumpkin or squash is produced and are usually named using the weight of the fruit and the grower’s name.

Lopresti also traveled around the property with his microphone to the merchandise table and food truck set up by Lincoln Academy, advertising the hoodies, shirts, hot dogs, and whoopee pies available for sale.

The weigh-off was a family affair for the Loprestis, as it is for many giant pumpkin growers. 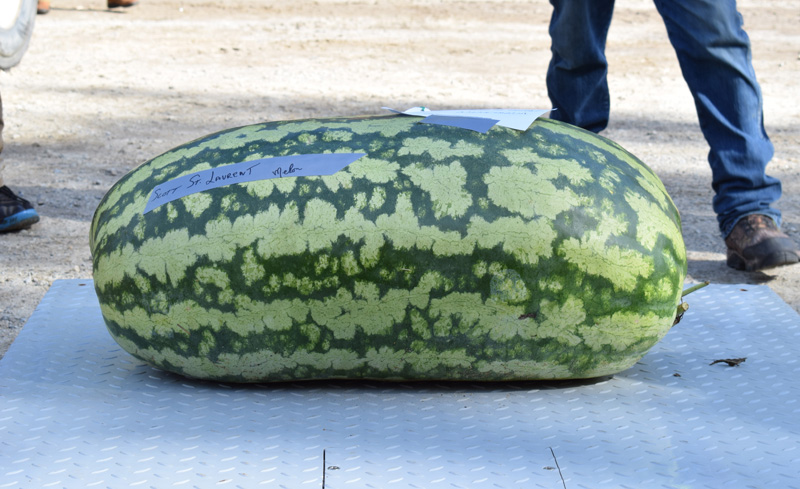 Catherine Lopresti, Charlie Lopresti’s daughter, won the youth pumpkin division with a 700.5-pound entry. That same round, smooth, and bright orange pumpkin was voted by the growers as the prettiest giant pumpkin over 500 pounds, winning the Howard Dill Award.

Maris Lopresti, Charlie Lopresti’s other daughter, came in third with a 246-pound pumpkin. 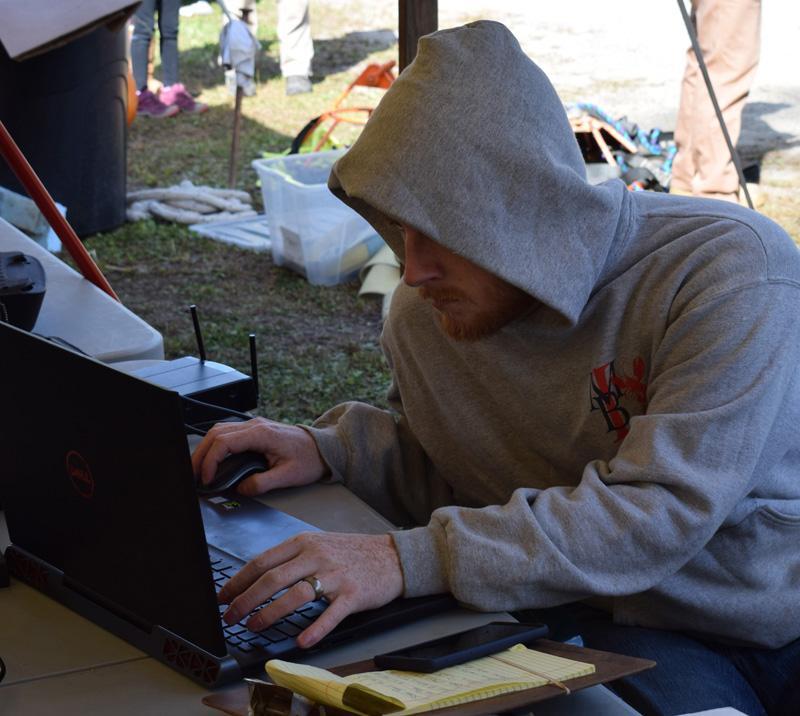 St. Laurent won the field pumpkin category with a pumpkin weighing in at 55.5 pounds.

Damariscotta Pumpkinfest will continue with its most popular events, including a pumpkin drop and pumpkin regatta, throughout the upcoming holiday weekend.