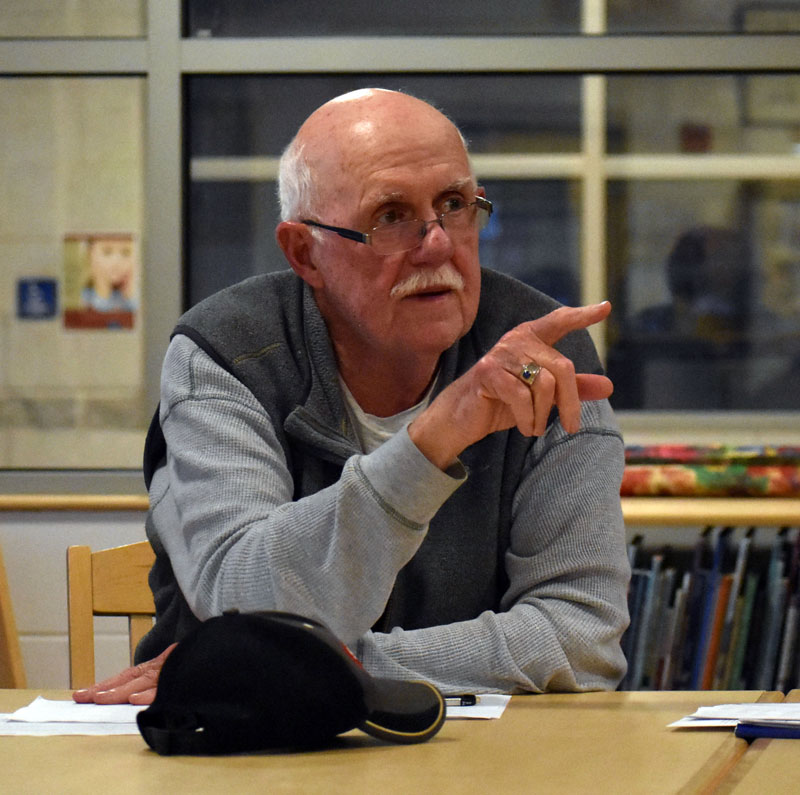 Vorhis, 75, lived in Jefferson for 38 years and spent nearly a decade on the school committee, joining the committee shortly after the new Jefferson Village School opened and participating in the hiring of three principals.

“He played a huge part in the transition of principals, the new atmosphere at the school,” committee member Walter Greene-Morse said.

“He had an absolute wealth of experience. He was a really good mentor,” Greene-Morse said. “He was one of those guys with a really strong point of view, but he also listened very well. He was always willing to take public concerns into consideration and that really was part of what made him such a good educator.”

A retired electrical engineer who worked for 22 years at Digital Equipment in Augusta, Vorhis came to the school committee after 10 years at Lincoln Academy, where he worked with special education students as an ed tech.

“He was always very compassionate and concerned about student achievement, not just the top 10% of the class, but everybody. He wanted to make sure no one fell through the cracks, that everyone got a quality education,” Greene-Morse said.

According to Greene-Morse, Vorhis’ time as an ed tech added valuable perspective to committee discussions.

“He had that inside knowledge of education, what we were doing right, what we could improve. We drew from his experience quite regularly,” Greene-Morse said.

Vorhis lent his experience to the school committee until his hospitalization, according to Greene-Morse.

“Right up until he went into the hospital he headed the search committee for our new principal, went through the application review process and selected five finalists,” Greene-Morse said.

Two days after Vorhis died, the committee voted to hire Lauren Arnold, former dean of students at Portland’s Baxter Academy for Technology and Science, as the school’s next principal.

Greene-Morse said the committee will miss Vorhis and his leadership.

“He will be greatly missed. His leadership is something we have depended on for a long time,” Greene-Morse said.

Committee member Wayne Parlin credited Vorhis with changing the culture of the committee.

“He wanted things done right. He believed in oversight on behalf of the town and the students. He thought it was the most important part of the school committee,” Parlin said.

Parlin also credited Vorhis with changing the philosophy of the school and improving the educational opportunities offered to students.

“He helped to change the whole culture within the school building, brought a focus on academic performance,” Parlin said.

Former Jefferson Budget Committee member Lawrence Grimard said Vorhis contributed to positive change at the school, including the hiring of a full-time maintenance director in June 2018.

John Lee, who was on a Jefferson Sports Association committee with Vorhis, said in an email that Vorhis helped the organization wherever he could.

“He did a lot for the sports association for at least eight or nine years. He was always very involved in fundraising, coaching, and helping out. He coached basketball and later on did a lot with baseball. He also helped out with soccer,” Lee said.

Vorhis was born in 1944 in Cincinnati, Ohio and grew up in Jacksonville, Fla. He received a degree in electrical engineering from Roger Williams University in Rhode Island.

After college, he served in the National Guard and as a federal firefighter in Florida.

In a July interview about his candidacy for reelection, Vorhis reflected on his time with the school committee and its role.

“In the past there were different needs facing the school committee and I wanted to do the best I could for the kids. Every kid has a position to fill. They are going to be the ones running this country and we need to ensure they have a chance to do whatever it is they want to do, whether it is being a lobsterman or a state senator,” Vorhis said.