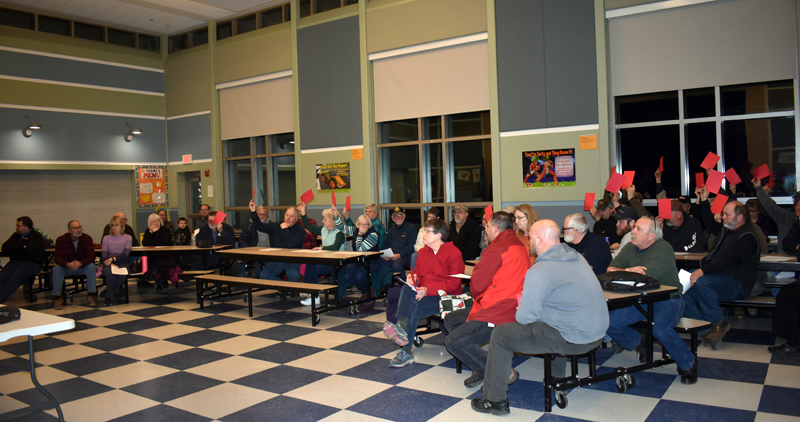 By a margin of 23-14, Jefferson voters rejected a moratorium on new gravel pits and expansions of existing pits during a special town meeting in the Jefferson Village School cafeteria Monday, March 2.

The moratorium was the sole article on the warrant. Sheridan Bond made a motion to defeat the article. Before the vote, there was discussion on the purpose and intent of the ordinance.

Jefferson Planning Board member Darin Walker said the town does not have an ordinance for gravel pits, so they fall under state rules.

“What it boils down to is, do we the townspeople want our own ordinance or do we want to go with the state’s regulations?” Walker said.

Walker said the 180-day moratorium would give the planning board time to develop a permanent ordinance. 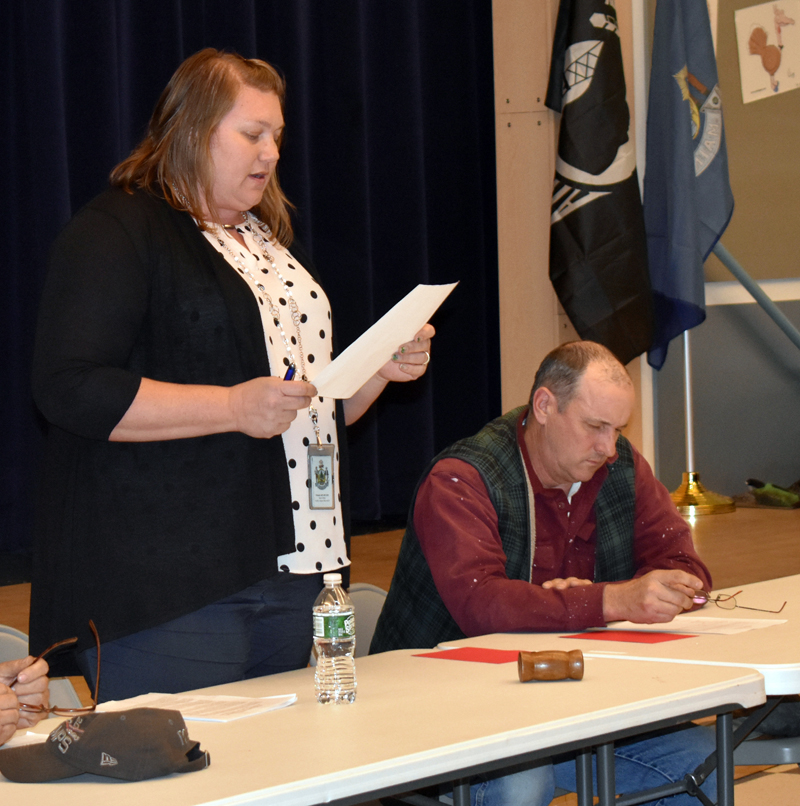 “This gives the planning board time to do research. We are attempting to bring our ordinance up to date. We’ll do research and put it up for vote,” Walker said.

“We have to follow regulations now. You go this route and regulations keep expanding. We have enough as it is,” Flagg said.

Bond, a former member of the planning board, objected to the timing of the vote.

“The planning board should visit towns like Dresden and Whitefield that have these ordinances. Go visit those towns and get some ideas and bring it back for a public hearing and have another meeting, but it is not something to bring up before the building season,” Bond said.

“We should take a step back, take a breather, and allow all the pits operating under state law to continue to do so,” Bond said.

Selectman Pamela Grotton moderated the meeting. Grotton clarified that the moratorium would only apply to new pits and expansions of existing pits.

“It has nothing to do with anything existing or being used,” Town Administrator Lynne Barnikow said. 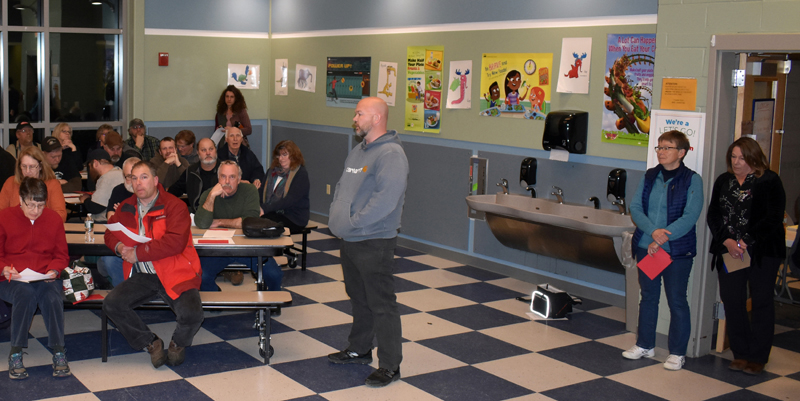 Barnikow said the moratorium would give the planning board time to talk with neighboring municipalities and draft an ordinance. The ordinance, like the moratorium, would be subject to voter approval.

“The only thing this does is allow the planning board and the town to put a hold – no new gravel pits for 180 days,” Barnikow said.

Larry Grimard, a resident, suggested an amendment to remove the word “expanded” from the moratorium language.

“Why do we need the planning board to reinvent the wheel? We should accept the state standards and move on. Why stymie growth?” Northrup said.

There was no action on Grimard’s proposal. A motion was made to end debate and the moratorium failed.

After the meeting, Walker said the intent of the proposal was not to inhibit business activity.

“I have nothing against the people who opposed it. In no way, shape, or form do we want to interrupt or stop them,” Walker said. “We don’t have anything for gravel pits as it is. One of the things is whether the town wants to have a say or not.”