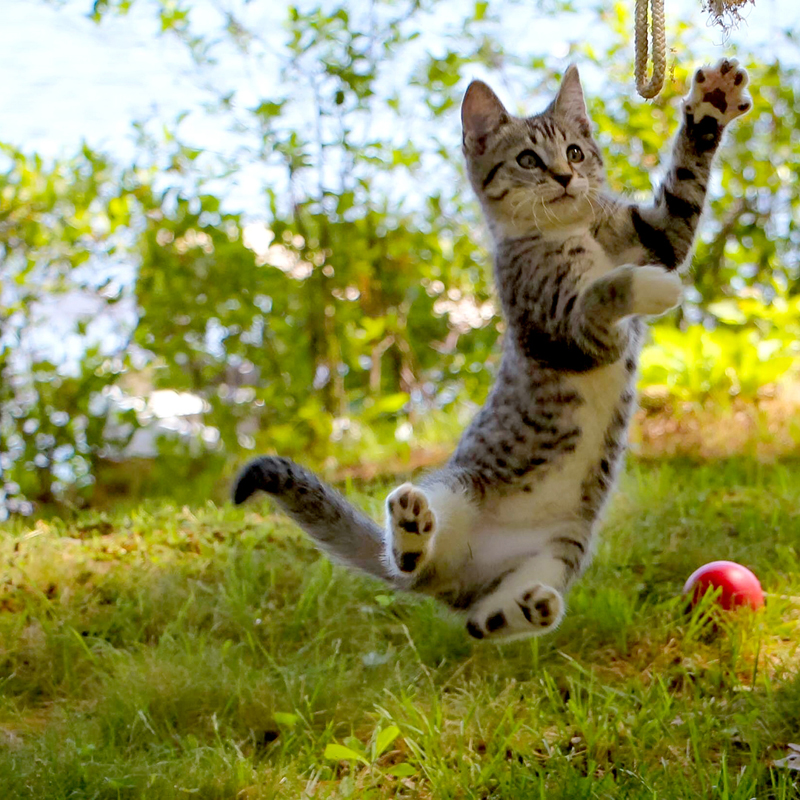 Rebekah Wilson’s photo of Hank the kitten, snapped in Jefferson during the summer of 2016, received the most votes to become the fifth monthly winner of the #LCNme365 photo contest. Wilson will receive a $50 gift certificate from Smitten Collectibles & Nerdy Treasures, of Damariscotta, the sponsor of the May contest.

A snapshot of a kitten emerged victorious out of the more than 200 photos submitted to the #LCNme365 photo contest during the month of May.

Rebekah “Becky” Wilson, of Jefferson, snapped the photo of her daughter’s kitten, Hank, playing with a string last summer with her Canon camera. Photography is a hobby of Wilson’s, who works as an office assistant at Windsor Elementary School.

Wilson first learned of the contest when one of her friends showed her an article detailing the contest back in January. Since then, Wilson has submitted photos almost every month and won a weekly contest in March.

This is the second photo contest Wilson has won, she said. Two Christmases ago, she won a photo contest with PBS and her photo was used as the station’s Christmas card.

In addition to having her photo featured on the front page of The Lincoln County News, Wilson will receive a $50 gift certificate from May’s contest sponsor, Smitten Collectibles & Nerdy Treasures, of Damariscotta.

As the fifth monthly winner, Wilson cannot win another weekly or monthly contest in 2017, but she can still submit photos for inclusion in the weekly slideshow of entries on lcnme.com.

Wilson’s photo will compete against the other 11 monthly winners at the end of the year as voters select the winner for 2017.

Submissions are now being accepted for the June #LCNme365 contest. The winner will receive a $50 gift certificate from the monthly sponsor, Coastal Car Wash, of Boothbay Harbor and Damariscotta.