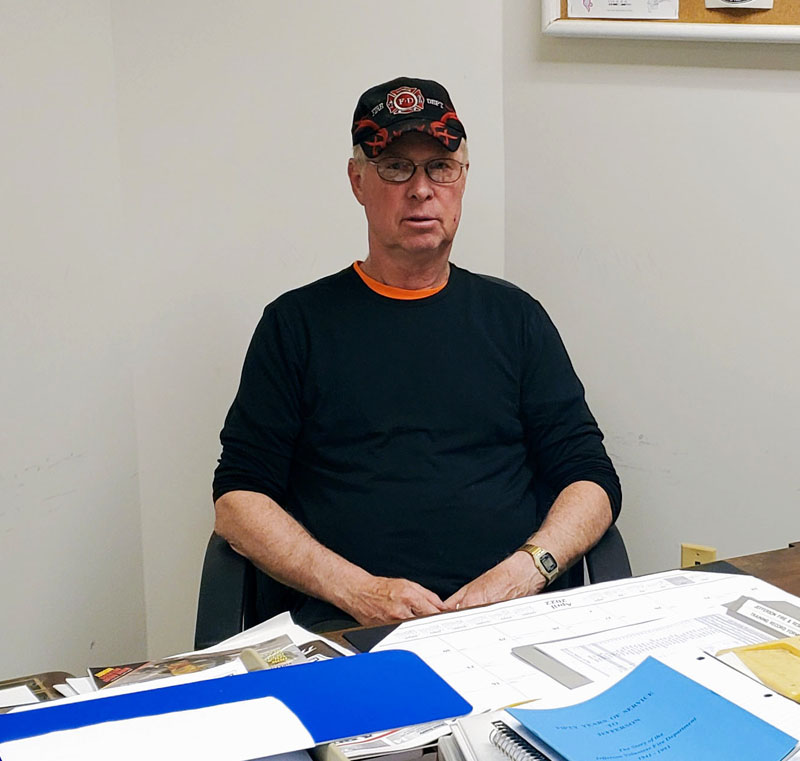 Jefferson’s new Fire Chief Alan Johnston has been with the department for 46 years.

Johnston was unanimously approved for the position by the select board on May 2. He was nominated as fire chief by members of the fire department in a member’s-only election.

“Chief Wally was a good chief, a very good chief. He came from New York from a full-time department, and he brought a lot of his ideas here, and we went down there and trained when he first came up here,” said Johnston. “He was so easy going. He knew how to teach because that’s what he does.”

Johnston said Morris will be around for about a year as assistant fire chief to help teach Johnston and the crew.

“Wally done all the paper work, so he is going to teach us what he did,” said Johnston. “I am not computer literate, some of my members are and they are going to sit down with Wally and go over that.”

Johnston explained why he joined the fire department and the connection he has with the department’s history.

“I joined in 1976 fresh out of high school at the age of 18,” said Johnston. “I joined because my boss at the time – Roger Orff – wanted some young blood and talked me into it. My grandfather Orla Johnston helped established the Jefferson Fire Department.” 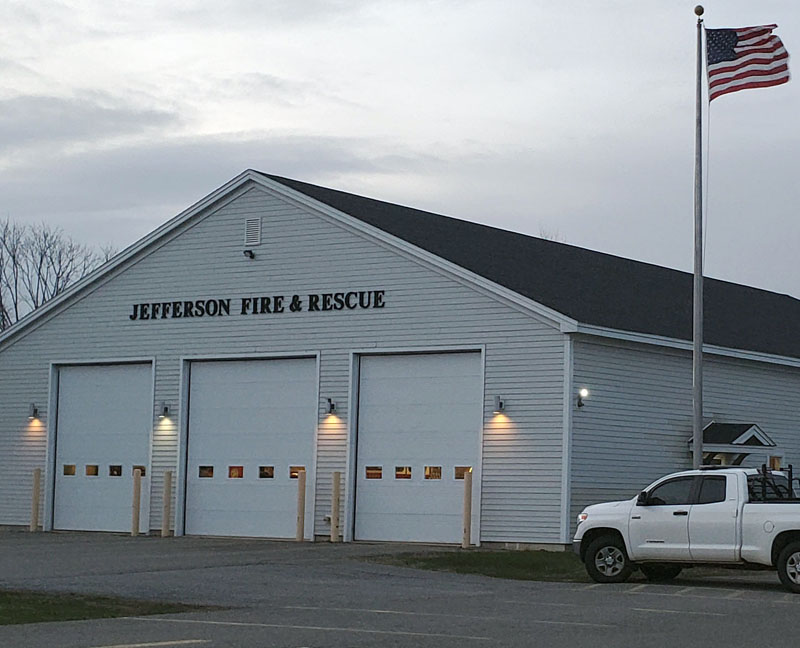 Jefferson Fire Department will have a new fire chief when Alan Johnston steps in to take on the role. (Alec Welsh photo)

“I have five generations in the fire department,” said Johnston. “My father Leon Johnston, my daughter Casey Smith, and her daughter just joined, which is my granddaughter, Zoe Smith.”

In the book, Orla Johnson is named as one of four deputy chiefs appointed to the department the day after its creation on Nov. 21, 1941.

The Jefferson Fire department is filled by volunteers. Members do not get paid for their service.

“We are the last fire department in Lincoln County that is completely volunteer,” said Johnston. “We have a 40-hour a week job we go to during the day; that is why it is so hard to get members out during the day.”

He added, “I had my own business in town. I was owner and operator, AJ Construction. I could leave anytime I want. That was from 1993 until 2017. We did earth construction. Now I work for CTL land management. It is a woods operation, cutting it down, harvesting it. I drive an 18-wheeler.”

Johnston spoke on his focus for the department. 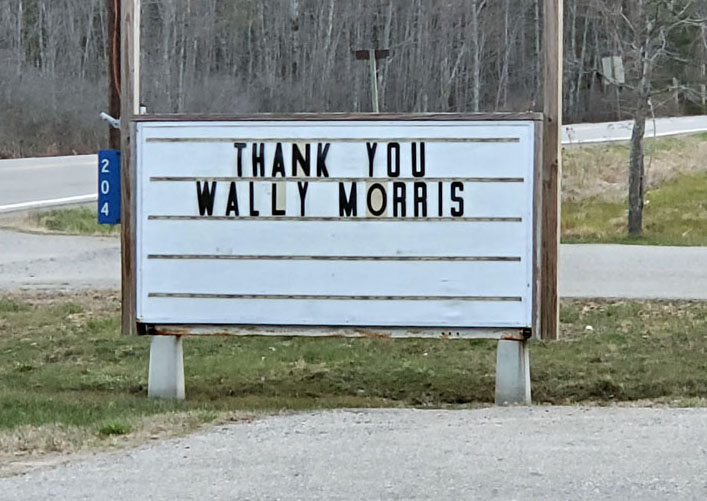 “My plans on the department is try to raise the morale, because of the lack of fires, the morale gets down. Every fire station will tell you the same thing. We haven’t had a major fire in town for quite awhile,” said Johnston.

“Not going to change much because we have a good fire department now,” he added. “I just stepped in this position because Wally wanted to retire and there was nobody else willing … well, I shouldn’t say willing, they didn’t want to take it on. So I said I will.”

“He has been with the department for a long time,” said Robert “Jigger” Clark, a select board member.