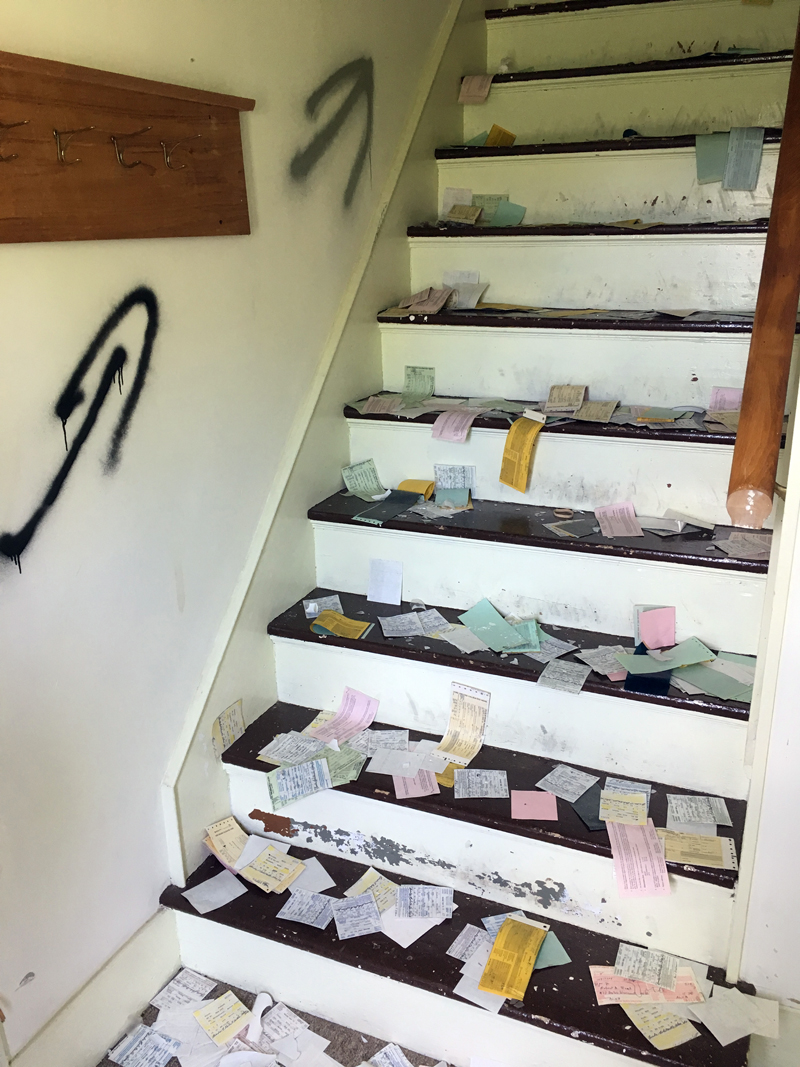 “All the walls got spray-painted on. It’s pretty graphic stuff. A lot of things were broken,” First Selectman Melissa Spinney said at the Alna Board of Selectmen’s meeting Wednesday, June 12.

“Anything that you could break, that wasn’t the windows, was broken,” she said after the meeting.

Repairs will cost about $3,920. The town is preparing to sell the old town office, which is on Route 218.

The damage occurred at some point during a five-day period when no one was in the building, according to Lincoln County Sheriff’s Office Lt. Brendan Kane.

An investigation by the sheriff’s office led to the male juveniles, a young teenager and another in his mid-teens. Kane said both will be charged with burglary and aggravated criminal mischief.

In addition to the graffiti, some of the paint and drywall was damaged. Papers and file folders were strewn about, according to Spinney.

“Everything that we needed didn’t get destroyed. Thankfully we moved most of everything (to the new office),” she said.

The town has contacted its insurance provider, the Maine Municipal Association, to get answers about its next steps.

According to Second Selectman Doug Baston, after the sheriff’s office files a report and MMA approves the claim, the town can hire someone to paint the office and place the building on the market.

The board has already solicited quotes from painters. The low quote was $2,500.

Due to previous incidents, the town has a court order barring the older teen from the property home to the new and old town offices. He is also barred from the fire station unless he is with a parent or guardian.

“I feel horrible. This was our office. We were attached to it, and to see all the obscenities is disgusting,” Spinney said after the meeting.

“It’s a cry for help from the kids,” Baston said.

During a special town meeting after the selectmen’s meeting, Spinney said there had been some interest in the old town office before the vandalism. The town is waiting to show the building until it is cleaned up and repaired.

The town and Tidewater Telecom Inc., of Nobleboro, turned in a joint grant application to increase access to high-speed internet in underserved areas Wednesday, June 12.

The grant would be from the ConnectME Authority, a public organization with the mission to facilitate the universal availability of broadband in Maine.

The results of the grant application will be known by August.