The school committee met with Higgins at JVS on Thursday, Sept. 5.

Parlin said bus drivers take the buses home with them at the end of the day and the school could rework the routes of its four buses to bring them closer to the drivers’ homes and lower the overall mileage.

“There are a lot of extra miles on these buses,” Parlin said.

Scott Higgins, the head bus driver, said the drivers met Aug. 27 to go over the routes and come up with a plan that ensures the safety of students and limits the number of times they have to cross the road.

Higgins agreed to bring the bus routes to the school committee for its review after committee Chair Al Vorhis requested a copy.

According to Higgins, buses pick up the vast majority of students at their homes and student safety is paramount for drivers. He said that with cars passing buses, it is best to avoid having students cross the road.

“Ninety percent of our stops are door to door and last year there was an increase in cars passing our lights. As far as safety goes, our route is the way to go,” Higgins said.

“There would be students crossing the road. That’s why we have it the way we do now. It is the safest for kids, the safest for our vehicles, and safest for the motoring public,” Higgins said.

Last year there were nine to 10 reports of cars illegally passing buses with their safety lights on, according to JVS Principal Lynsey Johnston.

Higgins, a Windsor resident who serves as Whitefield’s fire chief, said there have already been two to three reports of such activity this year, after one week of school.

According to Higgins, the routes section off the town so students and territory are divided as equitably as possible.

Committee member Maria Solorzano asked if it is mandatory for drivers to take their buses home.

Johnston said that per their collective bargaining agreement, if drivers live within a certain distance of the school, they may take their bus home.

Higgins said that by taking the buses home, drivers are better able to care for the vehicles.

“Historically we bring them home, plug them in during the winter and keep them warm, sweep them out and keep the snow off the roof. A bus driver takes care of their bus,” Higgins said.

Committee member Walter Greene-Morse asked what bus drivers do in a situation where a car ignores warning lights.

Drivers will take down a description of the vehicle and the driver if they can, along with a license plate number, Higgins said.

However, Higgins said that due to the driver’s vantage point, it can be difficult to get such a description. He said the installation of cameras on the stop signs that extend from each bus’s side could help ensure violators are summonsed and fined.

The JVS buses do not have these cameras in place. Higgins said he would look into the price to purchase and install them.

“Our primary focus is on child safety. We call it into the office and they pass it on to the sheriff’s office,” Higgins said.

Higgins said parents call in as well and they often have a better view of the car and driver ignoring the bus’s warning lights.

Regarding the bus routes, Higgins said the Gorham School District utilizes a system similar to the one in place at JVS to ensure students are not crossing the road whenever possible.

“We are doing what we can to limit the possibility of students getting hurt,” Higgins said.

Higgins said there are new “stop-arm” signs that deploy across a full lane of traffic, preventing cars from passing a stopped bus.

However, Higgins said this system has only been employed in “dry states” where snow and ice are not a major consideration. The system costs approximately $2,000 per bus.

According to Higgins, a more immediate fix would be to add cameras to the stop signs.

“Stop arm cameras might not be bad to try, but they only help in the fact they get convictions of the people doing it,” Higgins said.

Higgins said a first offense results in a $250 fine, 12 points off a driver’s license, and a license suspension.

Greene-Morse said he would like to see the total mileage of the school’s buses added to the principal’s report.

Greene-Morse said he initially supported new bus routes, but after talking with Higgins, saw the wisdom of the routes plotted out by the drivers.

“It sounds like you have a good plan,” Greene-Morse said.

In closing, Higgins reiterated the importance of student safety to the school’s bus drivers and said a revised route map would result in minimal savings on gas costs.

“The way we do it is safe. It may not be as efficient as Wayne’s plan, but it works well for the school and the kids. The safety of the kids is paramount,” Higgins said. 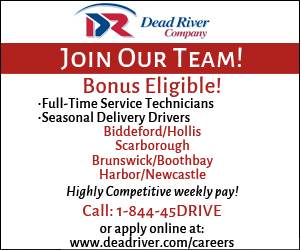