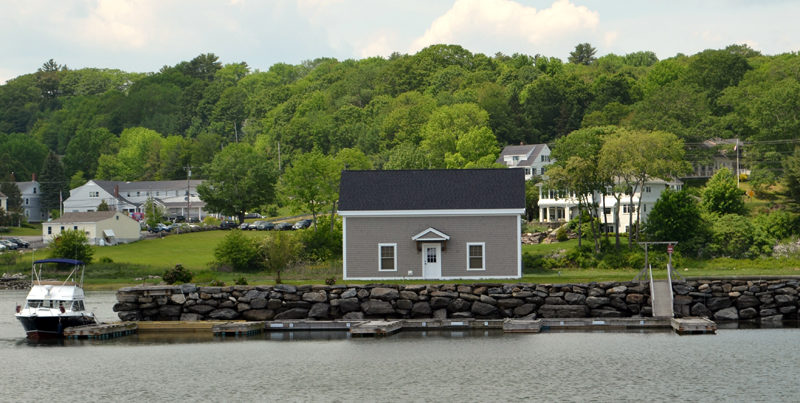 Kieve-Wavus Education Inc. has decided not to purchase The Standard of Newcastle boathouse and will not appear before the Newcastle Planning Board on Thursday, June 15.

Kieve-Wavus Education Inc. has decided not to purchase The Standard of Newcastle boathouse and will not appear before the Newcastle Planning Board on Thursday, June 15.

The organization was going to present its plans to use the boathouse behind The Standard of Newcastle condominium building for a leadership program.

Kieve-Wavus Education Inc. Executive Director Henry Kennedy said the organization decided not to pursue the property, which it had under contract, after the plan met with opposition from the condominium association.

During the Newcastle Board of Selectmen’s Monday, June 12 meeting, Kennedy presented the organization’s plans for the boathouse. The primary use of the space would have been for a new initiative within Kieve-Wavus’ leadership school, he said.

In addition, the boathouse would provide a launching point for exploration and study of the Damariscotta River and would host other Kieve programs and events, Kennedy said.

Members of The Standard of Newcastle Condominium Association spoke out in unison against the project during the June 12 meeting for a variety of reasons, including its impact on property values and on parking and traffic, and concerns about liability in the event of an accident.

The association owns and oversees all the common areas of the property, including the pier leading out to the boathouse, and would have to consent to any structural changes. Jack Freker, a resident of The Standard, said the association’s members are unanimous in their agreement that they would not approve Kieve’s planned changes to the building and its surroundings.

Kieve-Wavus had planned to build a fence at the beginning of the pier and a railing around the perimeter.

“We didn’t feel comfortable using the property without the safety features, and the residents made it crystal clear that they weren’t going to approve those changes,” Kennedy said.

While the Newcastle property wasn’t the “right fit,” Kennedy said he is hopeful the organization will have other opportunities in the future.

“My default position is there’s a new opportunity right around the corner, we just don’t know what it is yet,” he said.

With Kieve-Wavus’ application pulled, the Newcastle Planning Board does not have any items on its agenda and the June 15 meeting has been canceled.