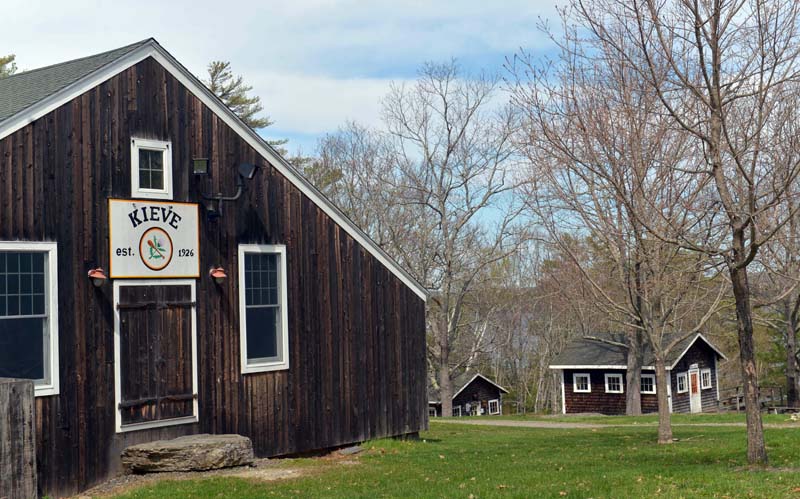 Camp Kieve for Boys and Wavus Camp for Girls, both on Damariscotta Lake, will be closed this summer due to the COVID-19 pandemic. (Paula Roberts photo)

Kieve-Wavus Education Inc. has shut down its Camp Kieve for Boys, in Nobleboro, and Wavus Camp for Girls, in Jefferson, for the summer due to COVID-19 concerns.

Executive Director Henry Kennedy made the difficult decision May 1.

“It is so sad. It is the first time in almost 100 years that we cannot open our doors. But there can’t be any other way to ensure the kids’ safety,” Kennedy said.

“It was awful. Having to furlough people was not easy. The whole of last week was horrible,” Kennedy said.

“This was one of the toughest decisions we’ve made in my 30 years as executive director, but I know in my heart it was the right one,” Kennedy said in a newsletter to campers.

The organization cannot risk the health and safety of campers, staff, and the surrounding community, he added.

“We had to cancel the spring program and most likely we will not be able to open in the fall either,” Kennedy said. 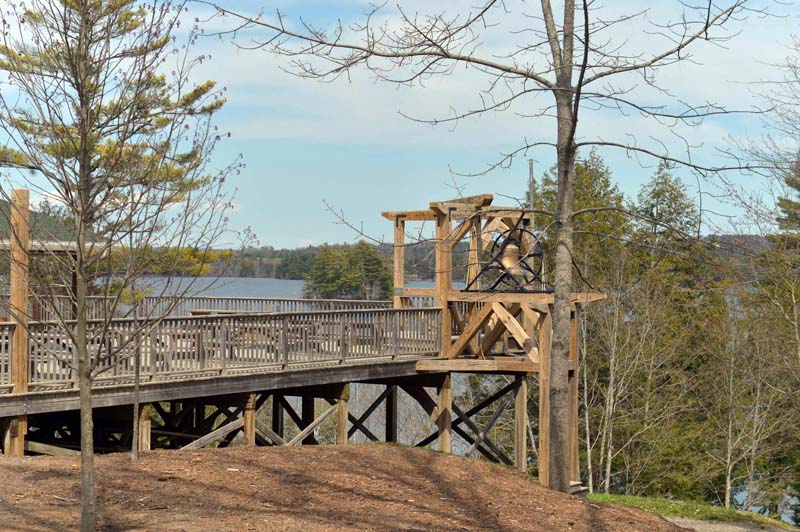 The bell at Camp Kieve in Nobleboro has been silenced by COVID-19. Kieve and its sister camp in Jefferson, Wavus Camp for Girls, will not open for campers this summer. (Paula Roberts photo)

“We are keeping many of our cooking and maintenance staff on. They are working on cooking and delivering over 1,000 meals a week in a collaborative effort. We will continue to do that,” Kennedy said. Kieve is part of the Lincoln County Food Initiative, which sprang up to provide meals to people in need after COVID-19 arrived in Maine.

“We have to learn more about the governor’s guidelines. They just are not written yet. Until we know we can keep people safe, through vaccine or testing, we just cannot open our doors,” Kennedy said.

Ninety percent of campers come from out of state. “That was another big reason. We just couldn’t, in good conscience, bring in kids from out of state into Maine, even if it is our lifeblood. It just seems we will have to take a nap for now, and hunker down,” Kennedy said.

Gov. Janet Mills’ current guidelines call for visitors from out of state to quarantine for two weeks when they arrive. The guidelines also limit gatherings to 10 people, at present, and 50 as of June 1.

“After further discussion with the Governor’s staff, our camp doctor, and many other camp directors, we’ve sadly concluded that the camp experience we’ve known and loved on Damariscotta Lake for nearly a century will not be possible for the first time ever,” Kennedy wrote in a letter to campers.

Counselors were due to arrive at camp in two weeks and campers on June 23. Kieve-Wavus hopes to open in August for college orientation and veterans programs.

“We are hoping we can still do that, but we don’t know yet,” Kennedy said.

“We started before the Depression and survived that, and dealt with a lot of stuff along the way. We are going to be fine. We are a nonprofit. People are being generous to get us through this. We have an endowment. We really hope for a vaccine soon,” Kennedy added.