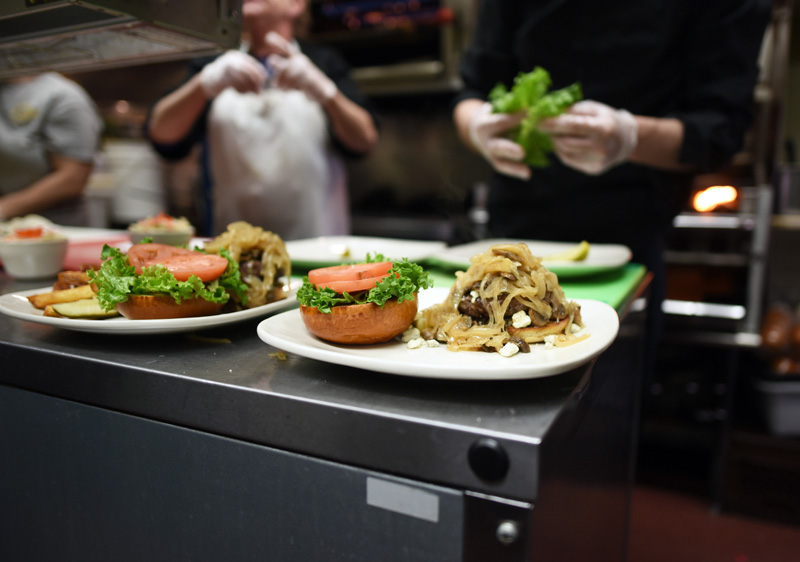 Food is prepared in the kitchen of King Eider’s Pub on Monday, April 2. (Jessica Picard photo)

The owners of King Eider’s Pub in downtown Damariscotta have been named “Restaurateurs of the Year” by the Maine Restaurant Association.

Todd and Sarah Maurer and Jed and Cynthia Weiss have owned the pub, which opened in 1996, since 2003.

“We all wanted to take a risk and do something different,” Jed Weiss said.

The Weiss family moved to the Midcoast from Pennsylvania and the Maurers from Kittery Point to take over the pub.

According to the Maine Restaurant Association’s website, the association’s awards are to recognize certain members for “epitomizing the best of Maine hospitality.”

“This inviting pub with an oyster bar is the beating heart of Damariscotta. Run by two couples who work hard to give back to locals, King Eider’s evinces the community spirit that binds this Midcoast Maine village together. From spearheading an energy fund for Lincoln County to stepping up to an ice challenge, they lead by example,” the website states. 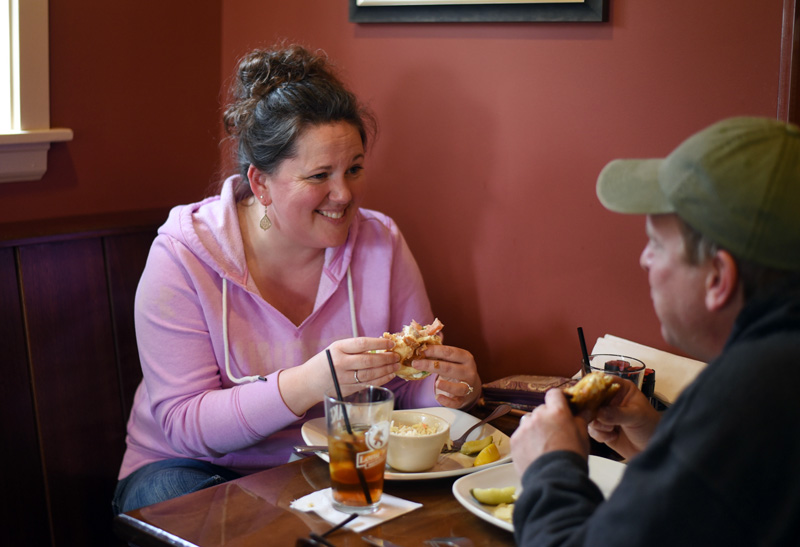 “It’s an enormous honor, (to be) named restaurateur of the year for the entire state of Maine. It kind of validates, in a lot of ways, all the hard work over the years, all of the long hours. And I know our staff is tremendously proud – proud of themselves, proud of us. It’s huge,” Cynthia Weiss said.

The pub closed at 3 p.m. March 27 so 24 members of the staff could attend the awards ceremony at the Holiday Inn By the Bay in Portland.

“We wouldn’t have gotten this award without our staff. It’s really about them and all the hard work and long hours that they put into this business,” Cynthia Weiss said.

According to Jed Weiss, the pub employs around 35 full-time staff members, which increases to around 60 seasonally.

“You can’t do this type of business without a great team, so they needed to be part of it … When we got the award, we had them stand up and be recognized in front of everybody. It really wasn’t about just us,” Jed Weiss said.

Steve Hewins, president and CEO of the Maine Restaurant Association, commended King Eider’s for its “impact on their local community” and for “keeping the vibrancy of downtown Damariscotta.”

“They are a staple of the downtown scene,” Hewins said.

“We feel very strongly that you have to be an active participant in your community,” Cynthia Weiss said.

The families also own The 1812 Farm and Stone Cove Catering. 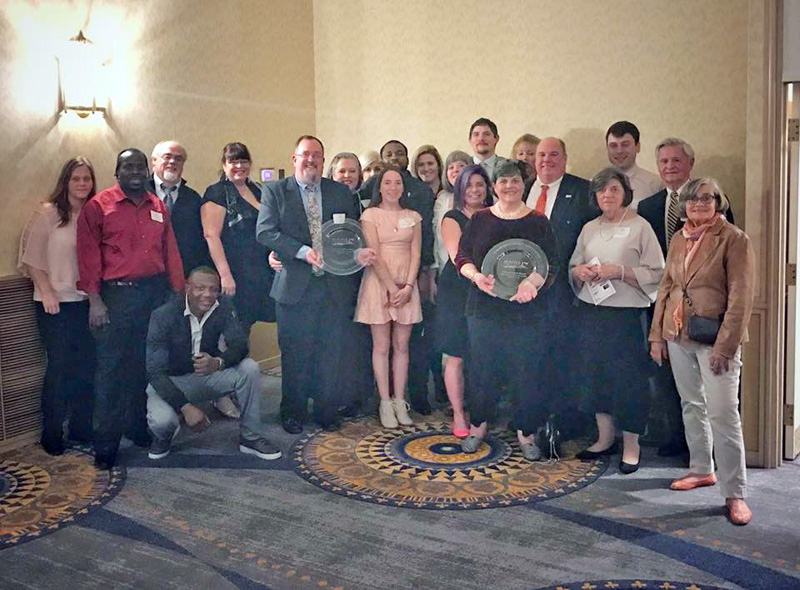 The staff of King Eider’s Pub poses for a photo during a ceremony in Portland March 27. The Maine Restaurant Association named the pub’s owners the Restaurateurs of the Year. (Photo courtesy Jed Weiss)

The owners were also recognized in 2016 for contributing to the community through nonprofit boards and volunteer efforts, and received the Shep Lee Award for Community Service at the annual Maine Family Business Awards.

“There were other great award recipients too, it wasn’t just about us … We were in some pretty impressive company,” Jed Weiss said of receiving the ‘Restaurateurs of the Year’ award. 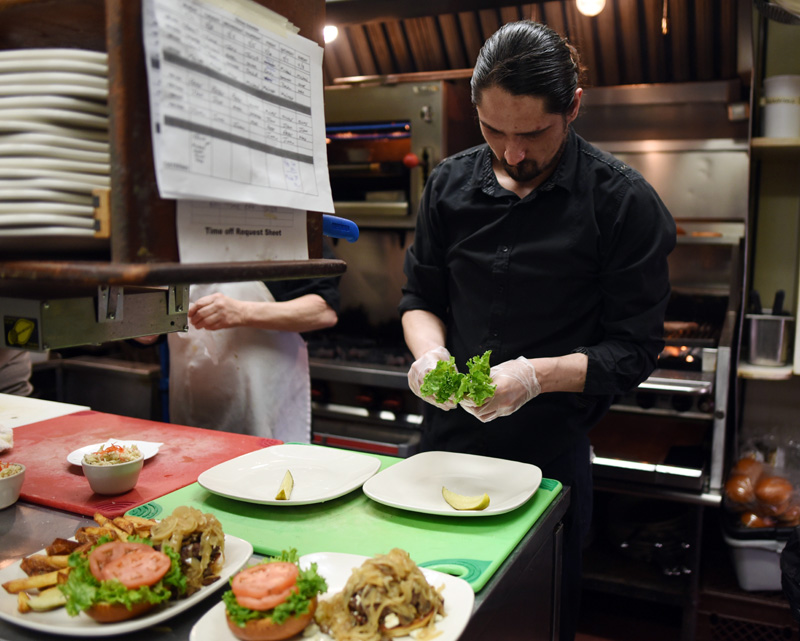 King Eider’s has a diverse menu, but is most well-known for its crabcakes, as well as for oysters on the half shell, according to Jed Weiss.

“We have people that come here just because of the oysters … (Dodge Cove Marine Farm) provides us with some of the best oysters in the world,” Jed Weiss said.

“As much as this is a pub, the restaurant side of it is very important. You can get a drink a lot of places. We wanted to have the best meal in the area,” Jed Weiss said.

King Eider’s customers are just as excited about the award as the owners are, Cynthia Weiss said.

“The customers coming through the door, saying ‘Oh my gosh, congratulations,’ it’s been amazing, the feedback that we’ve gotten from it,” Cynthia Weiss said.

“You can’t have this business, and that award, without the customers. I hope the town feels part of it,” Jed Weiss said.