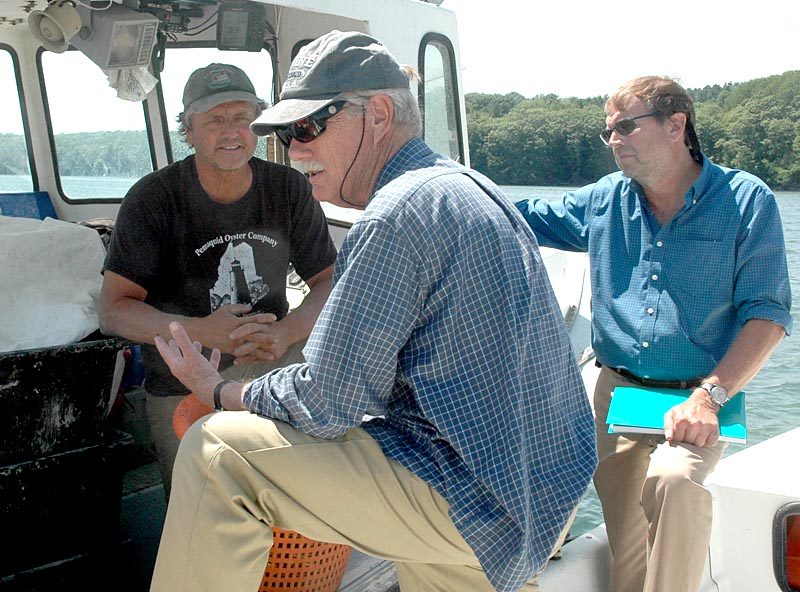 U.S. Sen. Angus King, I-Maine, visited Lincoln County on Friday, Aug. 5 to learn about aquaculture. During a tour of the Damariscotta River on a 24-foot Carolina skiff, King stopped at several operations to learn the ins and outs of oyster, mussel, scallop, and seaweed harvesting.

The tour emphasized the role of aquaculture in the state’s economy, with business owners and employees discussing challenges facing the industry, including ocean acidification and climate change.

Throughout his day on the water, King lauded the businesses’ outreach efforts toward members of the community and the general public.

“You always fear what you don’t know. It always helps if people know what you are doing out here,” King said.

King said the aquaculture industry offers an opportunity to attract young, educated workers to the state and the innovative nature of the businesses he visited are demonstrating a new way to utilize one of the state’s important assets.

“You guys are a good example of new ways to utilize what we have here. Maine has got a great brand,” King said. 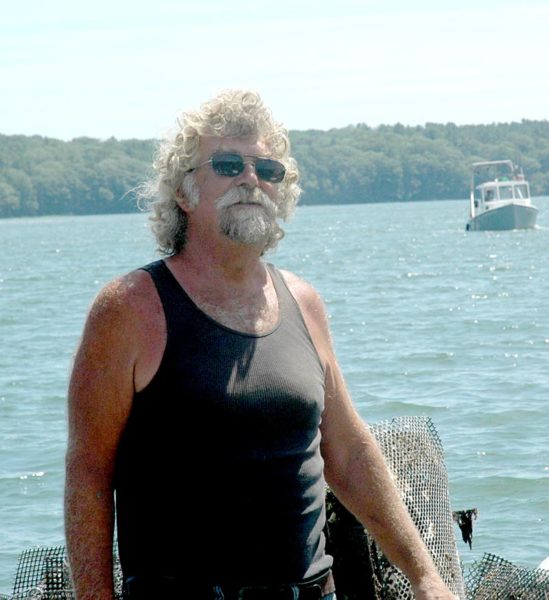 The senator’s day on the water started at Schooner Landing Restaurant and Marina in Damariscotta, where Smokey McKeen, of Pemaquid Oyster Co. Inc., discussed the on-site oyster upwellers, floating units attached to the dock where the company’s oysters get their start in the Damariscotta River.

According to McKeen, raising oysters on the Damariscotta River has distinct advantages, as the mollusks feed in the plankton-rich environment of the tidal waterway during the summer months.

Before they are harvested, McKeen said the oysters travel to a location near the river’s mouth, approximately 8 miles downriver in Walpole, where the high water quality helps give the oysters their distinctive flavor.

Pemaquid Oyster Company was founded in 1986 and has fine-tuned its harvesting and development process over its first few decades.

From Schooner, King proceeded to Pemaquid Oyster Co.’s nurseries, meeting with Carter Newell, president of Pemaquid Oyster Co., on the vessel Oyster Girl. The boat’s crew took a break from sorting oysters to discuss their  operation with King.

Newell said that in its 10 acres of leases on Damariscotta River, the company has approximately 800,000 oysters. He said the areas used for the company’s oysters are not exclusively for the company’s use, still serving as habitat for other wildlife and presenting opportunities for water recreation.

“Our business model is owner-operator. Keep it small, keep it sustainable. We want to fit in with the landscape,” Newell said.

Christopher Davis, of the Maine Aquaculture Innovation Center and Pemaquid Oyster Co., said working in the industry is a learning experience.

“You can’t go to a Wal-Mart and buy (oyster cages). Everyone figures it out as they go,” Davis said. 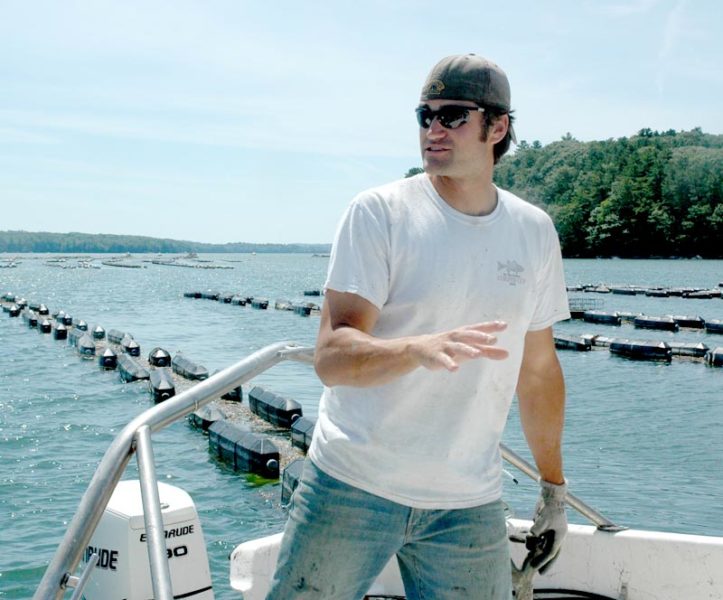 Moving from the waters of Damariscotta to those of Walpole, the tour met with Jeff Auger, farm manager at Mook Sea Farms Inc., founded in 1985. Auger explained the company’s process of raising oysters in floating cages on the surface of the river.

Auger pointed out a peculiar-looking vessel consisting of two skiffs joined together. The vessel is employed by the farm to flip cages full of developing oysters on a weekly basis. The device greatly reduces the difficulty of a task formerly done by hand.

Auger spoke of aquaculture as an example of the evolution of the commercial fishing industry, employing both fishermen and scientists.

“Sustainable protein has got to come from somewhere. I think it’s right here,” Auger said.

King also visited Mook Sea Farms’ hatchery wharf, where owner Bill Mook and Dr. Joe Salisbury, a chemical oceanographer with the University of New Hampshire, discussed the impact of acidification on the river’s oysters, noting that while older oysters with harder shells have been less impacted, oysters in the larval stages have proven more vulnerable.

Mook said the first step in combating acidification was developing a monitoring system.

The tour proceeded to the Muscongus Bay Aquaculture Inc. processing plant in Edgecomb’s Lowes Cove and ended at Maine Fresh Sea Farms and Pemaquid Mussel Farm in Clark’s Cove, back on the Walpole side of the river.

In Edgecomb, King met with the plant’s owner, Tonie Simmons, and viewed the operation’s oyster house and processing facility. 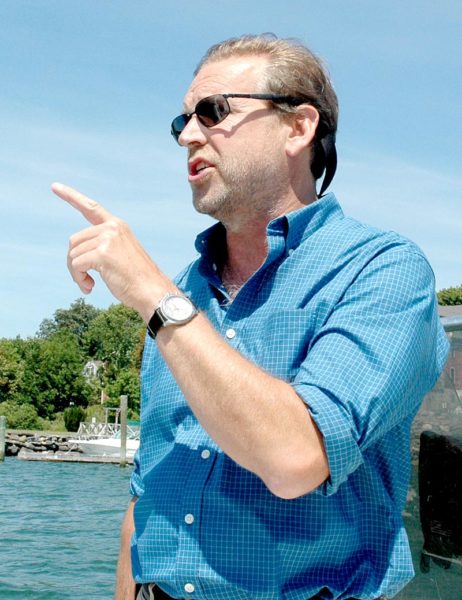 King also met the staff of the processing plant, a diverse group of local residents and workers from as far away as Florida and Oxfordshire, U.K.

“I’m so proud of the guts of this business, and that is everyone right here,” Simmons said.

Whereas the oyster industry has secured its footing in the state over the past few decades, seaweed harvesting is an emerging industry and one gaining in popularity, a surge assisted by the burgeoning culinary scene in areas on the Maine coast, including Portland.

“Seaweed is one of the hottest culinary ingredients in the foodie world,” said Sebastian Belle, executive director of the Maine Aquaculture Association.

One local business getting into the industry is Maine Fresh Sea Farms LLC in Walpole.

At the Maine Fresh Sea Farms location in Clark’s Cove, the team of Peter Arnold, Seth Barker, and Peter Fischer work to grow and harvest a variety of sea vegetables, including sugar kelp, alaria, and dulse.