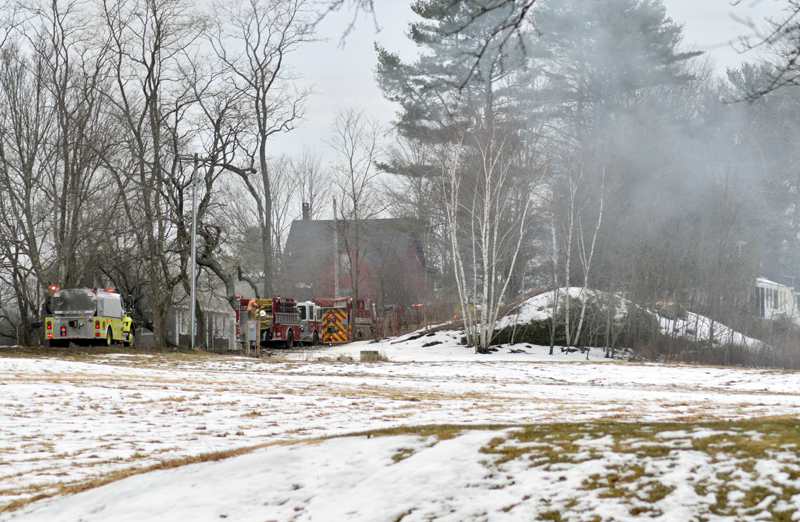 Smoke rises from a kitchen fire at a home in Newcastle’s Sheepscot village the afternoon of Wednesday, Feb. 26. The fire was quickly knocked down, according to Newcastle Deputy Fire Chief Casey Stevens. (Evan Houk photo)

The two tenants of a house in Newcastle’s Sheepscot village were able to exit safely when a hot pot of oil on the stove caught the kitchen on fire the afternoon of Wednesday, Feb. 26.

Firefighters promptly extinguished the flames at 38 The King’s Highway.

“It was a fairly quick knockdown,” said Newcastle Deputy Fire Chief Casey Stevens. The fire was mostly contained to the kitchen area, but he said there is a possibility of structural damage.

The house also has smoke and water damage, including to the exterior of the second floor.

According to Stevens, the department set up a firefighter in the back of the house, outside the kitchen window, to spray the fire through a window with an extinguisher. 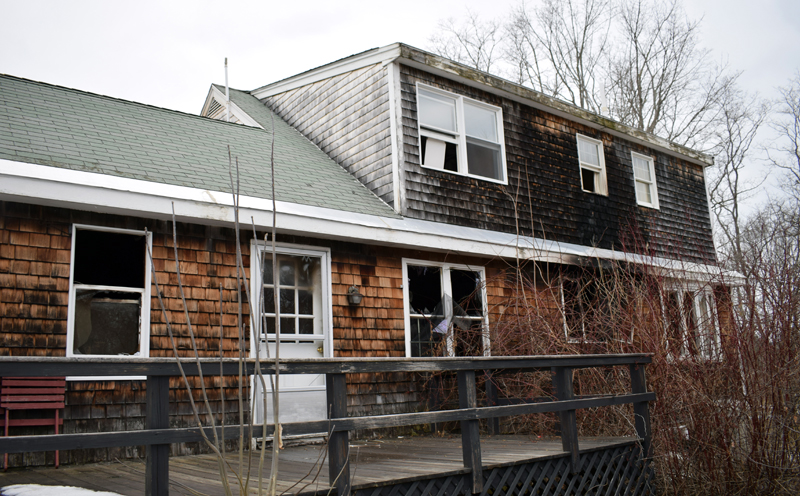 The aftermath of a kitchen fire at 38 The King’s Highway in Newcastle the afternoon of Wednesday, Feb. 26. The kitchen window is the second from the left. Smoke damage is visible on the exterior of the second floor. (Evan Houk photo)

Stevens said this contained the fire until an attack team could set up in front of the house with fire hoses.

The team also set up a positive pressure unit, a type of fan, in the front doorway to push the heat out the open back windows of the house. Stevens said this, in addition to the quick response by  fire departments, contributed to the speedy knockdown. He said the unit also helps keep firefighters safe.

“Without mutual aid, we wouldn’t be able to do what we do,” Stevens said. 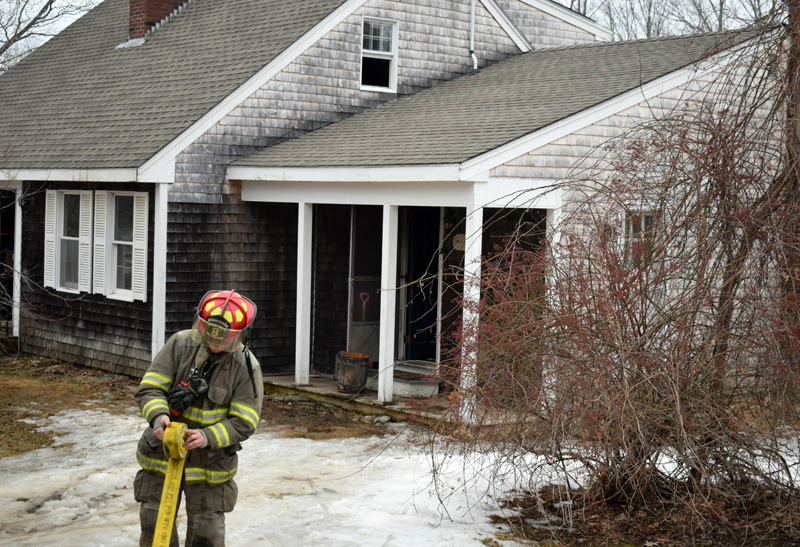 A firefighter rolls up a hose after a kitchen fire at a home in Sheepscot the afternoon of Wednesday, Feb. 26. (Evan Houk photo)

Brian Huntley owns the house, according to his daughter, Robin Huntley, who rushed to the scene from her job at Juniper Hill School in Alna.

“I could see the smoke from the school,” Robin Huntley said.

She said she grew up going to fire scenes with her father and was impressed with the response by the fire departments.

The scene was clear shortly after 4 p.m.