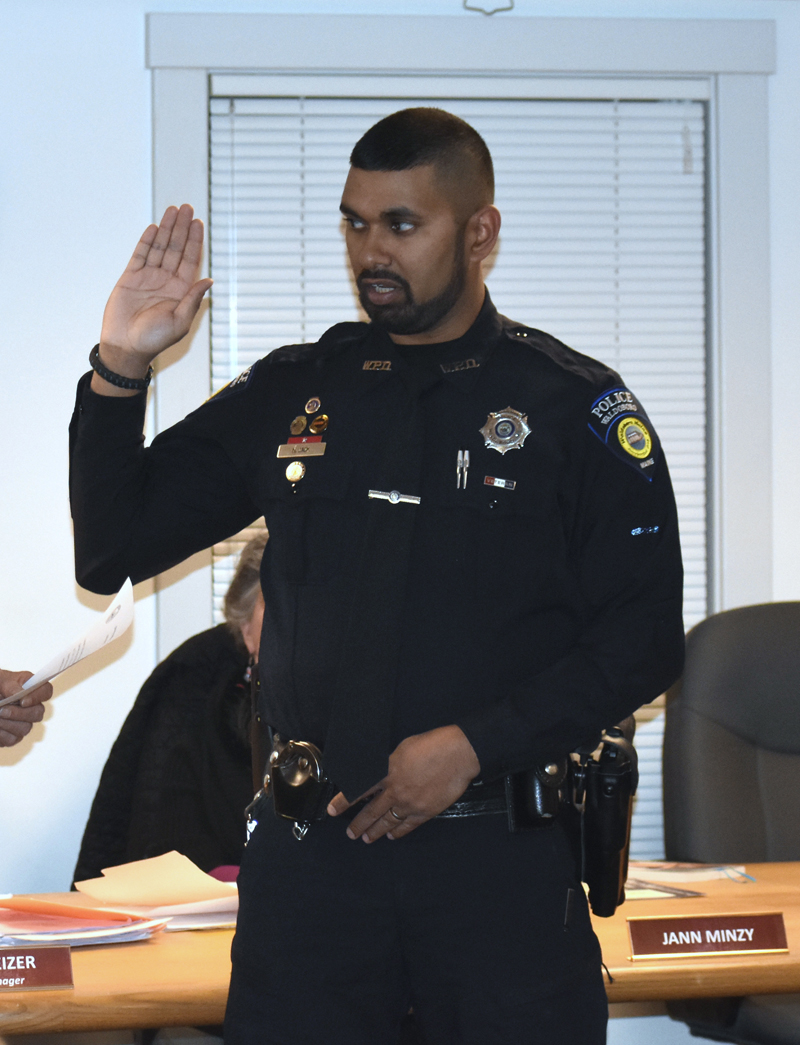 Officer Nathaniel Jack, of the Waldoboro Police Department, takes the oath of office during a ceremony at the municipal building Dec. 11. (Alexander Violo photo)

A former Marine and decorated Knox County sheriff’s deputy has joined the Waldoboro Police Department as a patrol officer.

Nathaniel Jack took the oath of office during a ceremony at the town office Dec. 11. Waldoboro Board of Selectmen Chair Robert Butler administered the oath.

“I’m happy to have Nate on board,” Waldoboro Police Chief John Lash said. “I reached out to him to help rebuild our department and am happy he chose to come here and help us out and make the town a better place.”

Jack, of Nobleboro, started as a part-time Knox County sheriff’s deputy in 2009 and moved to full-time status in 2010. He said he is excited by the opportunity to work in Waldoboro.

“Overall I see where (Lash) wants to take the department and understand that good things are going to happen,” Jack said.

Jack has certifications and special training in active-shooter situations and crisis intervention, and as a D.A.R.E. instructor and a field training officer.

“I look forward to bringing my expertise and the training I received with Knox to Waldoboro. You can always make a good thing better,” he said.

Jack was named Knox County Deputy of the Year in 2012.

He grew up in Bowdoin and graduated from Mt. Ararat High School in Topsham in 2002. He has a bachelor’s degree in conservation law enforcement from Unity College.

A veteran of the U.S. Marine Corps, he served in Iraq as well as stateside in California and Georgia. He moved to Nobleboro in 2013.