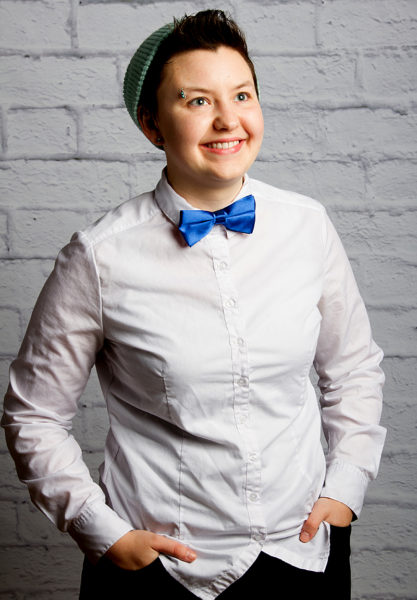 A former Damariscotta resident and 2013 graduate of Lincoln Academy is helping millennials hone their “adulting” skills through her work at a Massachusetts business that teaches financial literacy to ages 20-40.

Autumn Beaudoin is the curriculum and financial planning coordinator for Society of Grownups.

Founded in October 2014, the company offers online classes and other resources dedicated to teaching financial literacy to young adults. Topics range from how to build a budget to how to improve credit scores.

Beaudoin joined Society of Grownups as an intern in January 2015. At the time, Beaudoin was in her sophomore year at Simmons College in Boston. Beaudoin approached college with an open mind, which led her to the economics department.

“At first, I didn’t really have an inkling of what it was, but I was drawn to the thinking that goes into economics,” Beaudoin said. “One of the classes I took was the introduction to microeconomics, and I just fell in love with the linear thinking that develops the economic model.”

While she was creating a profile on LinkedIn, a professional networking website, Beaudoin stumbled upon a job listing for a full-time design position with Society of Grownups. Although she still had two years of college to go, she responded to the listing.

“We pride ourselves here on taking a very holistic approach and giving personalized advice based on what people’s goals are. In order to teach someone about how to handle their finances, they need to be sure that it’s what they want to do with their finances,” Beaudoin said. “I loved what they were doing, and felt this was an important thing to be talking about.”

The CEO offered Beaudoin an informational interview, which included a meeting with one of the certified financial planners working at Society of Grownups. After the meeting, Beaudoin was offered an internship with the company.

When her internship concluded, Beaudoin worked on the Society of Grownups research team before moving to her current position in the curriculum department. She graduated from Simmons College in August 2016 with a double major in economics and financial mathematics.

“We’re having an active conversation about defining it more clearly as we shift into the digital stage,” Beaudoin said. “The mission is to make personal finance education accessible to as many people as we can, while also making it fun, personalized, and non-judgmental.”

A “no judgment” approach is important with personal finances, which some still consider a taboo subject, Beaudoin said.

“Personal finances are not easy to talk about – we don’t talk about how much we make. We hide how much our debt is,” Beaudoin said. “For whatever reason, society has made it shameful to talk about, so when people are talking about their finances, it’s very personal.”

To end the taboo, one of the best things people can do is have honest conversations about their finances and do what is best for themselves, Beaudoin said.

“There might be preconceived notions about what you should be doing with your money. You start wondering what other people are doing or if they’re managing it in different ways and you’re doing it wrong,” Beaudoin said. “But there’s no rule book. Finances are personal. What works for one person might not work for another, and that’s fine. One of the things we say a lot of the time is ‘Don’t panic.’”

On a personal level, Beaudoin recommends saving for retirement as early as possible, no matter what the amount.

“The power of compounding is magic,” Beaudoin said. “The sooner you can put money into a retirement account or an IRA, the better, because the longer it sits there, the more it will make.”

Before she attended Simmons College and started working at Society of Grownups, Beaudoin attended Lincoln Academy. She credited the hard work of the teachers and the staff at LA for making an impact on her life.

“Everyone was just so supportive, well-rounded, and knowledgeable. They went above and beyond to help their students, and that atmosphere of love and the community aspect of the Midcoast meant so much to me and was such a vital part of my growth,” Beaudoin said.