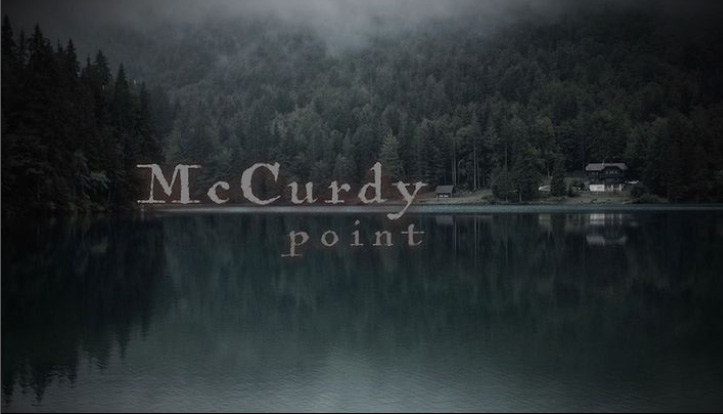 A promotional image for “McCurdy Point,” a horror film written by Lincoln Academy graduate Ryan Gaul and Jeremy Brothers. Production for the movie is underway on Damariscotta Lake. (Screenshot)

According to Damariscotta native Ryan Gaul, there are fewer differences between comedy and horror than one might think. The 1992 Lincoln Academy graduate and comedy actor known for his roles in “The Last O.G.” and “Between Two Ferns: The Movie” is currently testing this belief, as production on his horror film “McCurdy Point” is underway in Lincoln County.

“McCurdy Point” tells the story of four friends who travel to Maine for a 40th birthday in a cabin on Damariscotta Lake. Once they arrive, however, things start going wrong very quickly. Gaul and Jeremy Brothers wrote the script and produce the movie alongside Kiel Kennedy and Nick Paonessa. Gaul, Kennedy, and Joey Krulock star.

“It’s something I think I talked about in fifth grade at (Great Salt Bay Community School), like ‘someday I’ll come back and shoot a big movie!’” Gaul said. “I don’t know how big of a movie it is, but it’s definitely going to be a great one.”

The origin of “McCurdy Point” can be traced back about two years ago, when Gaul and Brothers were in the middle of a FaceTime call that took an “unsettling” turn, Brothers said.

“(Ryan) was speaking from his car, and I thought I saw something behind him in the mirror, and that inspired a short film … and kickstarted us into talking about horror more than anything else,” Brothers said.

During the writing process, the duo, both huge fans of the genre already, watched close to 100 horror films between them, Gaul said. In conversation, they would talk about what they did and didn’t like about the plot, the characters, and other aspects of the film.

“The consistent thing we found often was that we were getting scared, but we weren’t caring about the characters,” Gaul said. “We really wanted to focus on making characters who were likeable and who you cared about.” 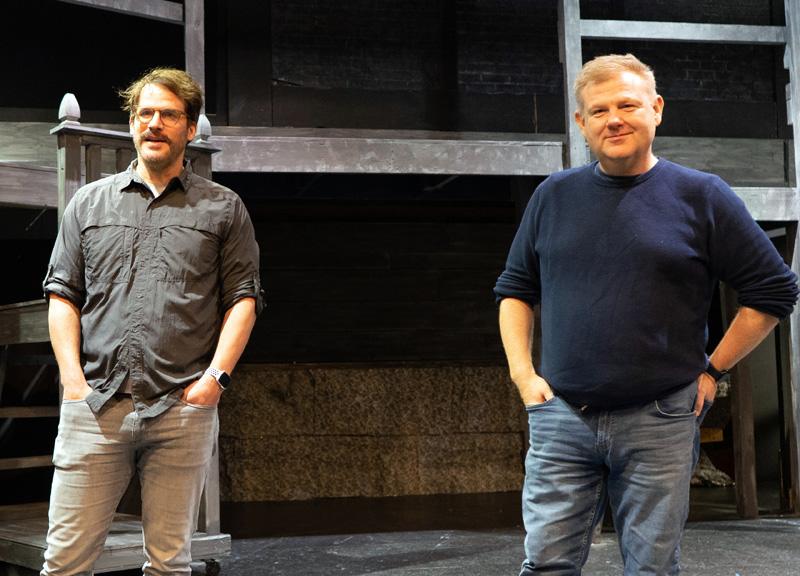 Ryan Gaul (left) and Jeremy Brothers lead an improv workshop at Lincoln Academy on Thursday, Oct. 13. The duo were in town doing preproduction for their horror film “McCurdy Point,” which is currently filming on location around Damariscotta Lake. (Photo courtesy Jenny Mayher)

“And who cared about each other,” Brothers added.

Brothers is co-directing the film with Paonessa, who previously directed “Jack,” Gaul’s short film based on the experience of putting down his cat. The short played in the MidCoast Film Fest at Lincoln Theater in 2019.

Gaul returned to the Lincoln Theater on Sunday, Oct. 23, joined by Brothers, Kennedy, and Christian Roberts for an improv comedy show, with half of the proceeds benefiting “McCurdy Point.” He and Brothers also returned to Gaul’s alma mater to teach an improve workshop to Lincoln Academy students.

“It’s a way for us to give back … to the area that has been so receptive to us coming in,” Gaul said.

While the finished product is a ways off, there will be some fun Easter eggs for Lincoln County residents, including familiar faces and locations.

“I wouldn’t let a movie be produced in my hometown without showing it,” Gaul said. “I sometimes just stare at the water or down Main Street in Damariscotta and just think … it’s really meaningful to be back here. So no matter how long it takes to get to the end, the fact that we’re here and we’re doing this, at the risk of seeming cliché, it’s a dream come true.