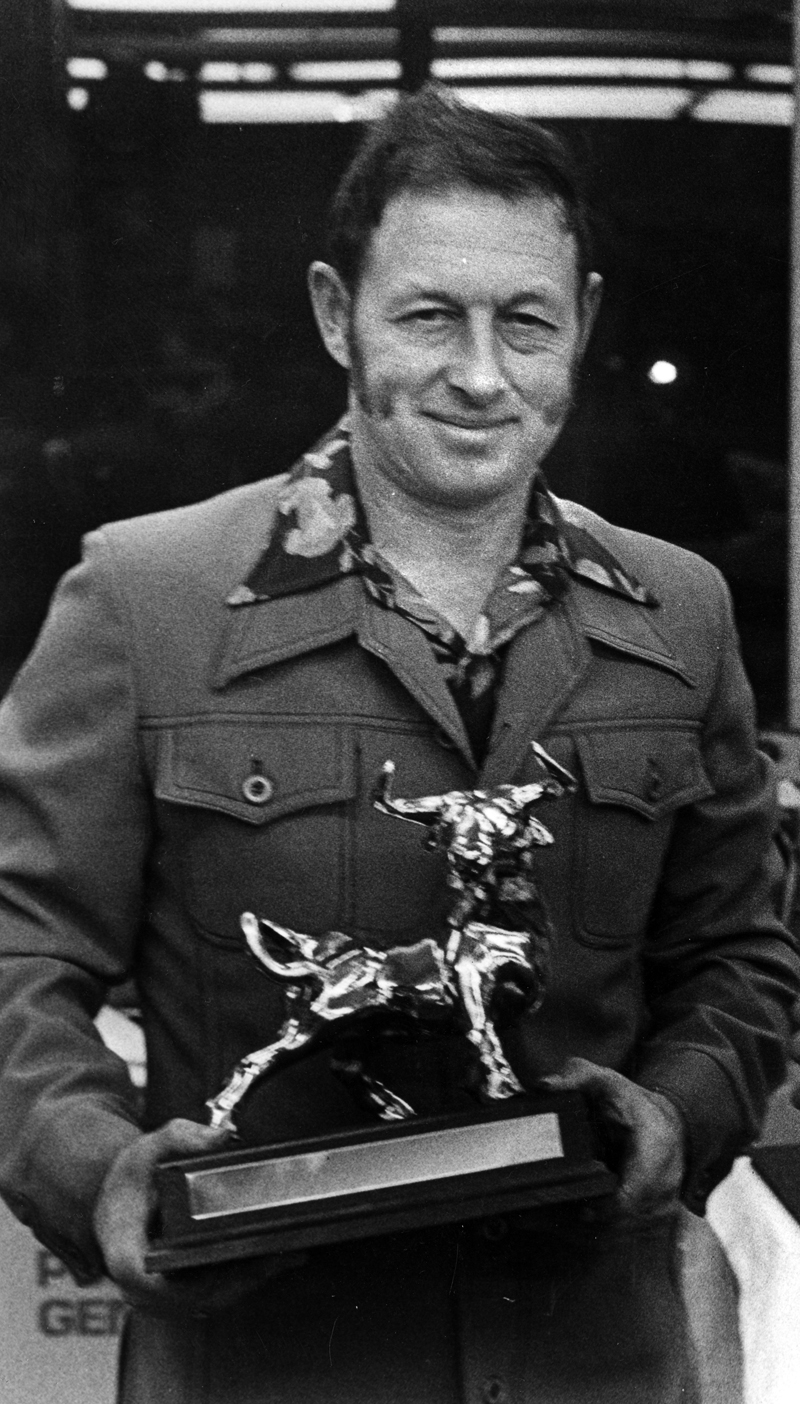 Friends and colleagues remember Damariscotta businessman James H. “Jimmy” Phillips as someone who would do anything for his friends and ask nothing in return.

Phillips, 84, passed away Jan. 1 at Cove’s Edge in Damariscotta.

Best known as a former owner of Colby & Gale Inc., Phillips was a member of the Damariscotta Fire Department for more than 60 years and a member of the local Masonic lodge for about the same. He was a mechanic, a hay baler, a mentor, a kind boss, and a loving husband, father, and grandfather.

Everyone who talked about Phillips said he was “a man who would do anything for you” without ever asking for anything in return.

After graduating from Bristol High School in 1953, Phillips served two years in the U.S. Army.

When he returned to Maine, he married Ava Winchenbaugh. They had been married 61 years when she passed away in 2017. Together they raised a son, Lyndon; and two daughters, Kimberly and Samantha.

Phillips started working for Colby & Gale, the Damariscotta-based oil company, upon his return, eventually coming to co-own the business with Barry Knott Sr.

In 1963, he started Phillips’ Lawn Mower Service in Damariscotta, before selling it to Colby & Gale in 1978. The business is now Phillips’ Power Products.

“In 1979, he bought Colby & Gale out, half of Colby & Gale, him and ‘Gus’ Knott, his partner. In a sense, he bought the lawnmower shop back again. That’s how it went; it’s kind of funny,” said Verne Verney, who had known Phillips since he started working at Phillips’ Lawn Mower Service in 1977.

Verney, now a part-owner of Colby & Gale, said Phillips was his first and only boss.

“He would help you out, whether it was at work or something you were doing on your own at home. He had construction equipment that he’d let us use. … The world doesn’t make guys like him anymore,” Verney said.

Verney said that although Phillips sold his share of Colby & Gale and retired in 1991, he continued to stop into Phillips’ Power Products every day or every other day to “hold court” until he became too sick in November 2019.

Although he retired from Colby & Gale, Phillips did not slow down. He started a small construction business and oversaw a trailer park he owned off Midcoast Road, near his home.

Verney said he and some other Colby & Gale employees would occasionally go to the trailer park to help Phillips with whatever he happened to be working on at the time.

Jim Hall, who managed the Colby & Gale service station for 25 years and served on the fire department with Phillips for most of his 60 years with the department, echoed what others who knew Phillips said.

“He was a very likable guy. He would do anything for you. … He helped me out a lot when I worked for him,” Hall said.

Hall remembered when Phillips’ Lawn Mower Service, then on Belvedere Road, burned down and the community rallied around Phillips to get him through that tough time.

Hall also remembered a story about a time in the late 1970s when Phillips crashed into a car leaving a local veterinarian’s driveway. Phillips was in a rush to respond to an emergency as a member of the Damariscotta Fire Department.

Hall said Phillips was upset, thinking his insurance was going to go up. But when Phillips called the insurance company, to his great surprise, they told him that since he was on his way to an emergency, the crash would not affect his insurance.

The “last call” for James H. “Jimmy” Phillips rang out over the Lincoln County Communications radio the night of Jan. 7, in a fitting tribute to the longest-tenured member of the Damariscotta Fire Department.

“He served the company well” for “just over 60 years,” Damariscotta Fire Chief John Roberts said during the tribute page.

“Please stand by for the last call for firefighter Phillips,” Roberts said, before the blaring sounds of the emergency alert paging system called out one last time.

Josh Pinkham, a Damariscotta selectman and assistant fire chief, remembered Phillips as having a seemingly limitless supply of energy and generosity.

“He would work at Colby & Gale in the morning, come bale hay, and then go to whatever meeting he had that night, whether it was the Masons or the fire department,” Josh Pinkham said.

When Josh Pinkham started baling hay with his uncle around 1983, Phillips was the one who showed him the ropes and provided many educational experiences in the fields. When he joined the fire department, Phillips showed him how to operate the pump on a fire truck.

Josh Pinkham referred to Phillips as a mentor to him at the fire department, as well as in every other area of life. He said Phillips was a good role model for younger businessmen and was available to lend an ear and dole out some advice whenever he was needed.

He said Phillips was driven, down-to-earth, had a tremendous work ethic, and was always willing to help anyone out, never asking for anything in return.

“It always seemed like if there was a problem, he would be around to fix it,” Josh Pinkham said. “He’ll be a hard guy to replace; maybe we can all pull together and cover him for awhile.”