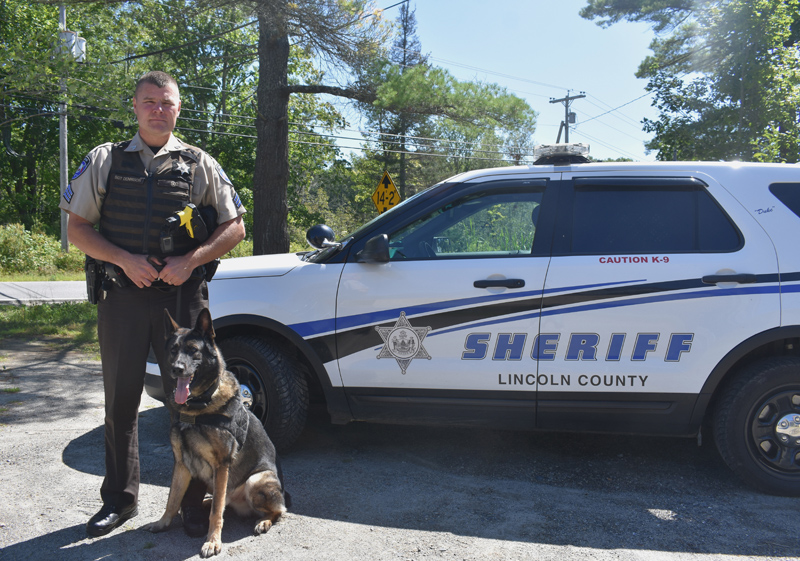 Sgt. Kevin Dennison, 46, of Pittston, took over Sgt. Mark Bridgham’s position, which Bridgham had for 2 1/2 years. Bridgham retired from full-time duty in July.

“Taking on the supervisor role is the next step as far as my career and working for the sheriff’s office,” Dennison said.

Dennison started his career with the sheriff’s office during his college years, as a reserve deputy from 1993-1997. He graduated from the University of Maine at Augusta in the spring of 1997.

He left Maine to fly helicopters known as scout attack aircraft for the U.S. Army while in Fort Bragg, N.C.

Dennison served a total of 20 years in the military, including eight on active duty.

He returned to the sheriff’s office in 2004 because he wanted to move back to Maine.

“I feel that the sheriff’s office is in touch with the community,” Dennison said. He enjoys the people he works with and meeting people throughout the county.

Many in the county know of Dennison because of his public appearances with his patrol partner, Duke, a German shepherd. Duke is the only K-9 currently working in Lincoln County.

In his new position, Dennison will continue to work with Duke and bring him to area schools, where he talks about his work with Duke.

“The dog really bridges the gap as far as community policing with people because when they see the dog, it’s a lot easier to approach me,” he said.

Dennison expects to have Duke for another year and a half to two years before he retires.

“He goes with me when I wake up, he hops in the car to go to work, and he’s with me at night. Then we do it all over again,” Dennison said of Duke.

This spring, the sheriff’s office recognized Dennison as 2018 Deputy Sheriff of the Year.

A deputy may receive the distinction for a variety of reasons, according to Dennison’s supervisor, Lt. Brendan Kane, such as going above and beyond the call of duty.

“Kevin’s a fantastic officer. We’ve benefited from him for a number of years,” Kane said. 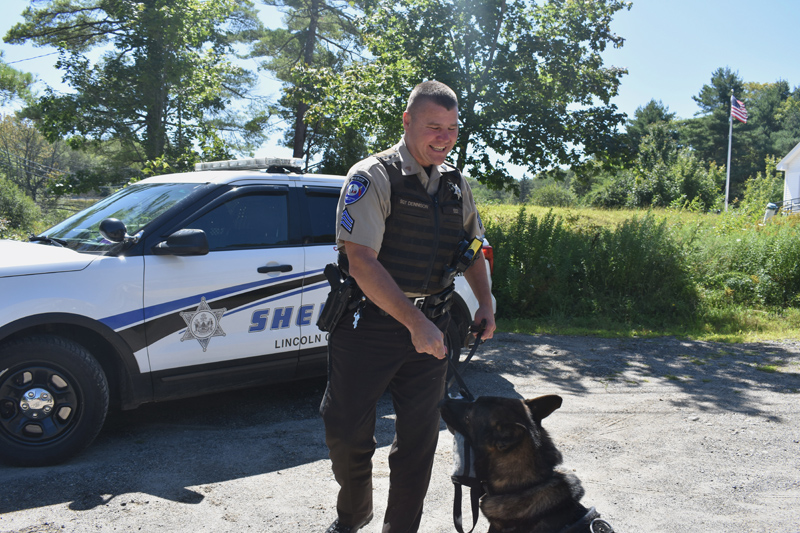 “I tell Kevin all the time, if I could clone him, I wouldn’t have to hire new deputies,” he said.

In Dennison’s new position, he oversees the work of patrol deputies during a shift. Usually he works with three deputies.

“I’ll respond to any calls they need backup to, show up to ensure everything is being done the way it is supposed to be done, or, if they have any questions, answer any questions that they may have,” he said.

He also responds to concerns from people in the community and reviews incident reports.

Dennison is also in charge of the field training program for all new deputies at the sheriff’s office. Prior to taking the new position, he was a field training officer for around eight years.

“When we hire a new deputy, what we do is we bring them in and before they go to the academy we have field training officers that will go through a series of training outlines and programs and there are different areas of law enforcement that they have to explain to them,” Dennison said, explaining that deputies need to be exposed to a variety of calls.

The deputies are evaluated on their performance in field training. If they are successful, they go out on the road alone and are sent to the Maine Criminal Justice Academy for the 18-week Basic Law Enforcement Training Program.

In addition to overseeing the field training program, Dennison is in charge of an online training program for all law enforcement personnel at the agency to maintain their annual certification required by the academy.

“Every year they post a number of these classes that we are required to take and pass the test by the end of the year,” Dennison said.

The classes consist of everything from dealing with people who have mental illnesses to domestic violence response to bloodborne pathogens to new laws.

In Dennison’s new role as patrol supervisor, he is looking forward to working with the younger deputies and continuing to help the community.