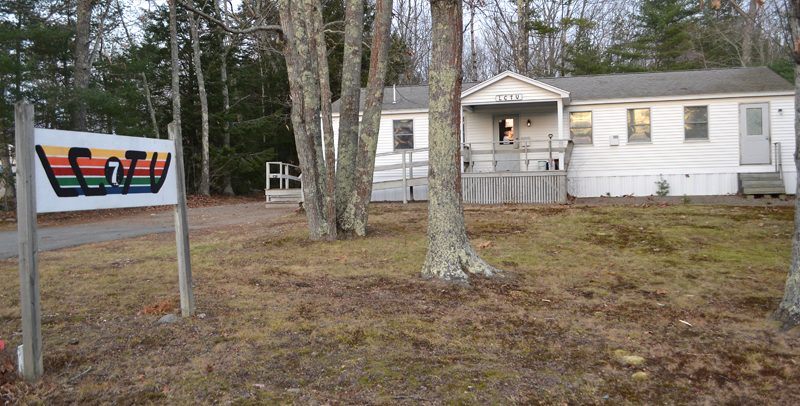 As of Tuesday, Nov. 28, viewers of Lincoln County Television need to go to channel 1301 instead of channel 7, much to the chagrin of LCTV leadership and town officials.

Spectrum is in the process of upgrading its technology in an effort to combat unauthorized viewing, which will allow Spectrum to “better maintain the integrity of its network and offer more enhanced features,” according to a letter to its customers.

“We’ve started encrypting the remaining unencrypted channels where Spectrum is all-digital – including Lincoln County. As part of this, we’re standardizing the channel locations as we’ve done in other Spectrum service areas,” Spectrum spokesman Andrew Russell said in an email response to a request for comment. “Grouping similar channels together, in this case public-access channels in the 1300s, makes it easier for viewers to find their favorite programming.”

Spectrum began notifying customers about the change through mailings and phone calls in October. As for the future of channel 7, the company is “continuing to structure our channel lineups,” Russell said.

Customers who already have a Spectrum receiver for their TVs will be able to access channel 1301. Those with a TV connected directly to the cable outlet in the wall, however, will need to get a Spectrum receiver in order to continue watching all channels, Russell said.

The change in channels “really threw us all for a loop,” LCTV Executive Director Abby Ingraham said. Since learning about the planned change in October, shortly after she took over the job, Ingraham has been working to get the word out to viewers.

For the past few weeks, the station has run a public service announcement about the change during its regular programming. It has also placed notices on its Facebook page, its weekly program schedule in The Lincoln County News, and on its website.

After learning of the planned change to channel 1301, the Bristol Board of Selectmen wrote a letter to Shelley Winchenbach, director of government affairs for Spectrum, to “protest in the strongest possible terms.”

“This high number makes it effectively impossible to find the station by running through channels. Keeping the channel in the vicinity of our local broadcast channels allows easy access for all viewers,” the selectmen said in the letter.

Bristol “relies heavily” on the public-access channel to reach its residents, especially “the elderly and housebound,” the selectmen said.

LCTV content is also available on demand at lctv.org, but town officials say many area residents only see it on channel 7.

“LCTV’s online component is wildly helpful, but not everyone has a computer and access to the internet,” Newcastle Town Administrator Jon Duke said. “Channel 7 is so simple and easy to find, but channel 1301 isn’t really in anyone’s wheelhouse. No one’s going to flip through to the 1300s to find what they’re looking for.”

“It is a little troubling to see the public-access stations, essentially the meat and potatoes of how people get their information, along with newspapers, get moved in such a way that people will almost have to look for a needle in a haystack to find where this information is being broadcast,” Duke said.

Damariscotta Town Manager Matt Lutkus said that during meetings of the Damariscotta Board of Selectmen, he often gives “fairly lengthy explanations” of town happenings and projects for the benefit of viewers at home.

“Anecdotally, I can say I receive considerable feedback from people who watch the selectmen’s meetings on LCTV and I know they depend on the channel to have access to their government,” Lutkus said. “Public access is very important to ensure government transparency … If someone wants to watch the meetings for themselves, it’s the only way folks can do it.”

Ingraham said LCTV volunteers at the station’s headquarters on Sheepscot Road are prepared to answer calls about the change if necessary, but she hopes the effort to get information out about the change has been successful.

“People will no longer be able to surf to us, and it’s going to require a little bit more effort, but we’ve done our best to get the word out,” Ingraham said.

Spectrum customers who need to upgrade their equipment can call 844-830-4787 for more information, Russell said.