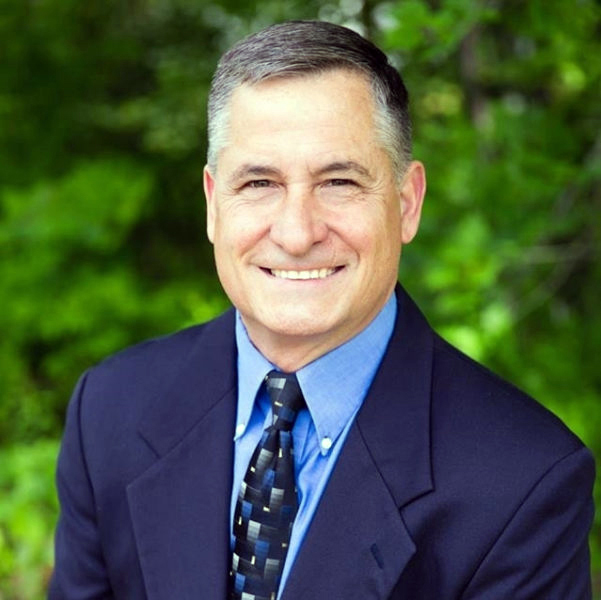 State Rep. Michael Lemelin, R-Chelsea, became inspired when he saw a news story last December about a woman who could not visit her disabled daughter at Maine Medical Center in Portland because of COVID-19 protocols.

Millie Coombs told News Center Maine that her 36-year-old daughter, Nikki, is nonverbal and cannot communicate with doctors or nurses. Her family was able to visit Nikki after she was originally hospitalized with COVID-19 in York, but access was restricted after Nikki’s condition worsened and she was transferred to Maine Medical Center.

MaineHealth, the parent company of Maine Medical Center, has an exception to its COVID-19 visitation policy for “patients requiring special assistance,” saying an adult escort may assist these patients if determined necessary by the patient’s care team.

Seeing this story led Lemelin to sponsor a bill to require hospitals and medical facilities to give parents and guardians access to patients with special needs, even during a state of emergency.

“I know how frightening it was to this young lady and the mom,” Lemelin said of the Coombs family.

Lemelin said his 25-year-old son has multiple disabilities and is deaf and nonverbal.

“If my son had to go to the hospital and they told me I couldn’t be with him, we’re going to have problems, because my son can’t be left alone. Who would communicate to him?” Lemelin said.

Lemelin said his son functions at about the level of a second grader.

“Being left alone in a hospital and not being able to communicate to anybody would be so frightening to him it’s not funny,” Lemelin said.

L.D. 1001, “An Act To Ensure Parents’ Access to Their Minor and Adult Children with Special Needs,” was referred to the Legislature’s Health and Human Services Committee, on which Lemelin serves. A public hearing was held Monday, April 5.

L.D. 1001 is an “emergency” bill, which means it would take effect immediately, rather than 90 days after the adjournment of the Legislature.

The text of the bill reads, in part: “the separation of parents and guardians from their children and from the persons with special needs for whom they are responsible who are admitted into a hospital or care facility can cause irreparable damage both psychologically and physically to the parties.”

The bill “directs that, even during a state of emergency, parents and guardians of children and persons with special needs who are admitted into a hospital or care facility be allowed access to the child or person with special needs unless the parent’s or guardian’s access has been limited by a court.”

The bill goes on to say that if a parent or guardian cannot exercise access to the person with special needs, they may assign another person access.

“What I want is for them to allow people in,” Lemelin said.

“It’s bad enough if you can’t visit your mom and she could be dying. … Now think that you have a child and you can’t visit them and they’re scared out of their minds and they can’t talk to anybody,” he said.

Three individuals and four organizations submitted written testimony for the public hearing Monday — four in favor, two against, and one “not opposed.”

Todd Landry, director of the Maine Office of Child and Family Services, wrote that the office is “not opposed” to the current bill because it does not define what “access” means.

Landry wrote that if video and telephone contact constitute “access,” the office is not opposed, but if “access” means in-person access, the office would “have significant concerns about the ability of congregate care providers to keep their patients and staff safe” from highly contagious diseases.

Northern Light Health submitted a letter opposing the legislation because of the absence of public health guidance to “establish standards for safe visitation in hospitals and health care facilities.”

Lauren Wille, managing attorney for Disability Rights Maine, submitted a letter expressing opposition to L.D. 1001 on behalf of the organization.

Wille wrote that the organization finds the bill “overly broad” and believes it “could have unintended consequences for people with disabilities.”

She said the Americans with Disabilities Act already addresses the situation L.D. 1001 addresses and that raising awareness of the rights stipulated by that act would be more effective in “ensuring that children and adults with disabilities are appropriately accommodated if they are admitted to a hospital.”

“The ADA has a well-established process by which a person with a disability can receive a reasonable accommodation. Under the ADA, a person (or their guardian if applicable) is allowed to ask a covered entity, like a hospital, to make an exception in how a policy or rule applies, even during a State of Emergency,” the letter reads.

Wille said that the bill, as written, does not take into account consent by the hospitalized individual and “would take away the choice of the person with a disability to allow access by a parent or guardian.”

Wille also expressed concern about the bill’s lack of a definition for the term “persons with special needs.”

Nancy Cronin, executive director of the Maine Developmental Disabilities Council, wrote a letter in support of the bill.

Cronin related a story about when her mother was in the hospital and she saw a “number of translators” coming in and out of the surgery area where she could not go.

That same day, Cronin said, she read stories of people with developmental disabilities not being able to “communicate effectively in a healthcare environment.”

Three Maine residents submitted testimony in favor of the bill, including Pete Harring, of Washington.

“You would think that Parents and/or legal guardians would always be able to have access to their children with specials needs, but then again logic has been tossed out the window because of fear for this virus. This is unacceptable and should never be allowed to happen again,” Harring wrote.

No work session had been scheduled for the bill as of Wednesday, April 7.