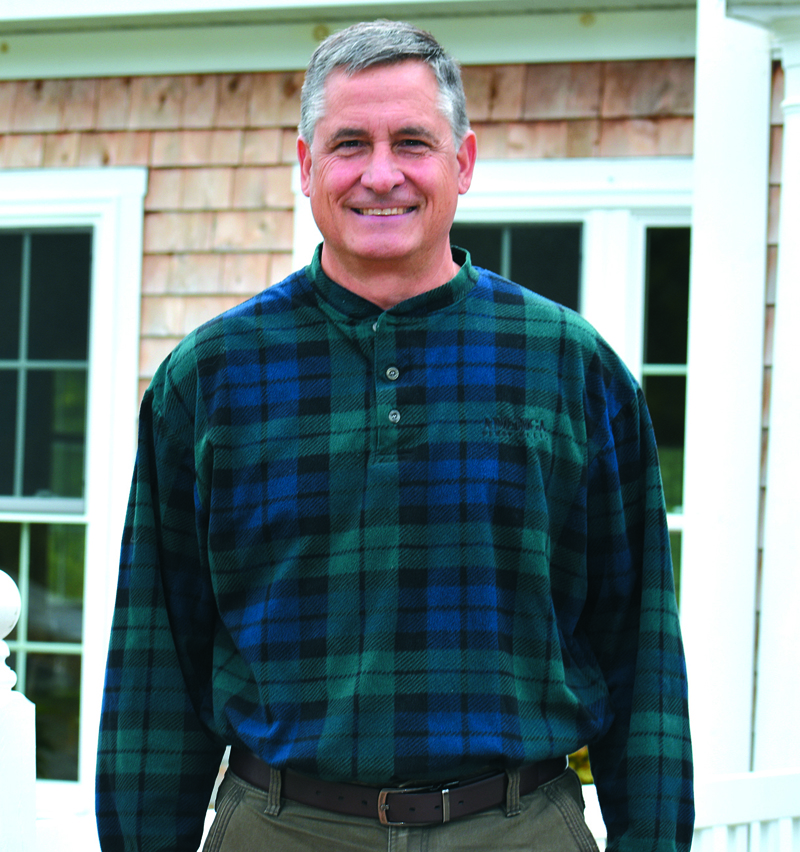 Focused on improving Maine’s economy, state Rep. Michael Lemelin, R-Chelsea, is running for House District 53 in a bid for a second consecutive term in the House.

Born and raised in Maine, Lemelin currently manages his wife’s chiropractic business in Hallowell, Chiro Works LLC. He believes this election cycle should focus on the economy.

“I am tired of people saying this election should be about anything else,” he said. “The economy is what matters.”

Lemelin argues the recent rise in minimum wage was harmful to local businesses. He believes high schools and the Maine Department of Education should advocate for trade programs that would allow workers to earn better wages.

“Instead of raising the minimum wage, we need to give people the tools to work in jobs that pay $18, $19, $20 an hour,” Lemelin said. “I do not believe in giving handouts, but I believe in giving a hand up and helping people achieve a goal … You can make six figures as an electrician, and we need electricians, but you do not see high schools pushing for these jobs.”

Lemelin said he would support funding for apprenticeships and programs that work on developing trade skills.

“I have no problem subsidizing part of these programs because companies need skilled workers,” he said. “But going to college and getting an art degree just isn’t helpful.”

A shortage in the housing market is also contributing to businesses’ inability to hire employees. Lemelin believes both political parties need to work with Maine State Housing Authority to investigate solutions to the housing shortage.

“We need to come together to find a viable solution,” Lemelin said. “I do not want to start offering solutions without getting the facts from the experts.”

Lemelin said one solution to the housing crisis is building affordable housing, but he cautioned against using federal resources to do so.

“There can be strings attached to federal funding,” he said.

Lemelin thinks the government should provide funding, but allow private organizations or businesses to manage the project.

“If an organization like Bread of Life Ministries is managing the project and the government is just funding it, then I think we can help build affordable housing,” he said.

Concerns over high energy cost combined with the threat of climate changes have motivated a push for renewable energy sources like wind and solar power to be built in Maine. Lemelin does not believe humans are contributing to climate change by using fossil fuels as an energy source.

“It is not,” Lemelin said when asked if fossil fuels were causing changes to the climate resulting in higher temperatures.

Lemelin referenced a book titled “Climate at A Glance for Teachers and Students: Facts for Climate Realist on 30 Prominent Climate Topics,” authored by Anthony Watts and James Taylor and published by the Heartland Institute.

“They have graphs and studies that show how this is a normal change in climate,” Lemelin said.

Lemelin believes the change to renewable resources is unnecessary, unreliable, and also poses risk to the environment.

“Solar panels only last 20-25 years. What do we do with the toxic waste when that time comes up?” Lemelin said. “Look at other states like California that are suffering blackouts.”

Lemelin currently represents House District 88, which is composed of Chelsea, Jefferson, Nobleboro and Whitefield. The districts were redrawn following the 2020 census, leading Lemelin, a Chelsea resident, to run for House District 53, which includes Chelsea, Pittston, Randolph, and Dresden.

Prior to running for state office Lemelin served on the RSU 12 Board of Directors and Chelsea Planning Board. He first ran for the House in 2018, unsuccessfully contesting House District 88.

“I started too late,” Lemelin said of his first campaign. “I wasn’t going to run again but my colleagues told me to leave the past in the past.”

Adjusting his strategy in 2020 Lemelin started campaigning sooner and won the seat he currently holds. In his first term Lemelin was on the Joint Standing Committee of Health and HHHuman Services.

“We did some great work in health and human services,” Lemelin said. “We made sure we got funding to those who needed it.”

Lemelin, a practicing Catholic, supports restricting abortion in all circumstances. He does not support abortion in cases of rape or incest. Life starts at conception and someone should advocate for that life, he said.

“When we talk about abortion, no one is advocating for the child,” Lemelin said. “Everyone is focused on the mother. I believe the baby has rights, too. I do not think a woman should just have a right to chose. Someone has to advocate for the child.”

In circumstances where a healthy fetus poses a risk to the mother, Lemelin said he would rather trust in God over a doctor’s medical opinion.

“Statistically a doctor can say if you have this baby you will probably die in child birth. That hypothetical, the doctor doesn’t know,” Lemelin said. “I would trust in God before I trust in a doctor.”

Lemelin is running against Jane Beckwith, D-Randolph, in the 2022 midterm elections.

The midterms will be held on Tuesday, Nov. 8. For more information about Lemelin, find the Michael Lemelin for House District 88 page on Facebook.