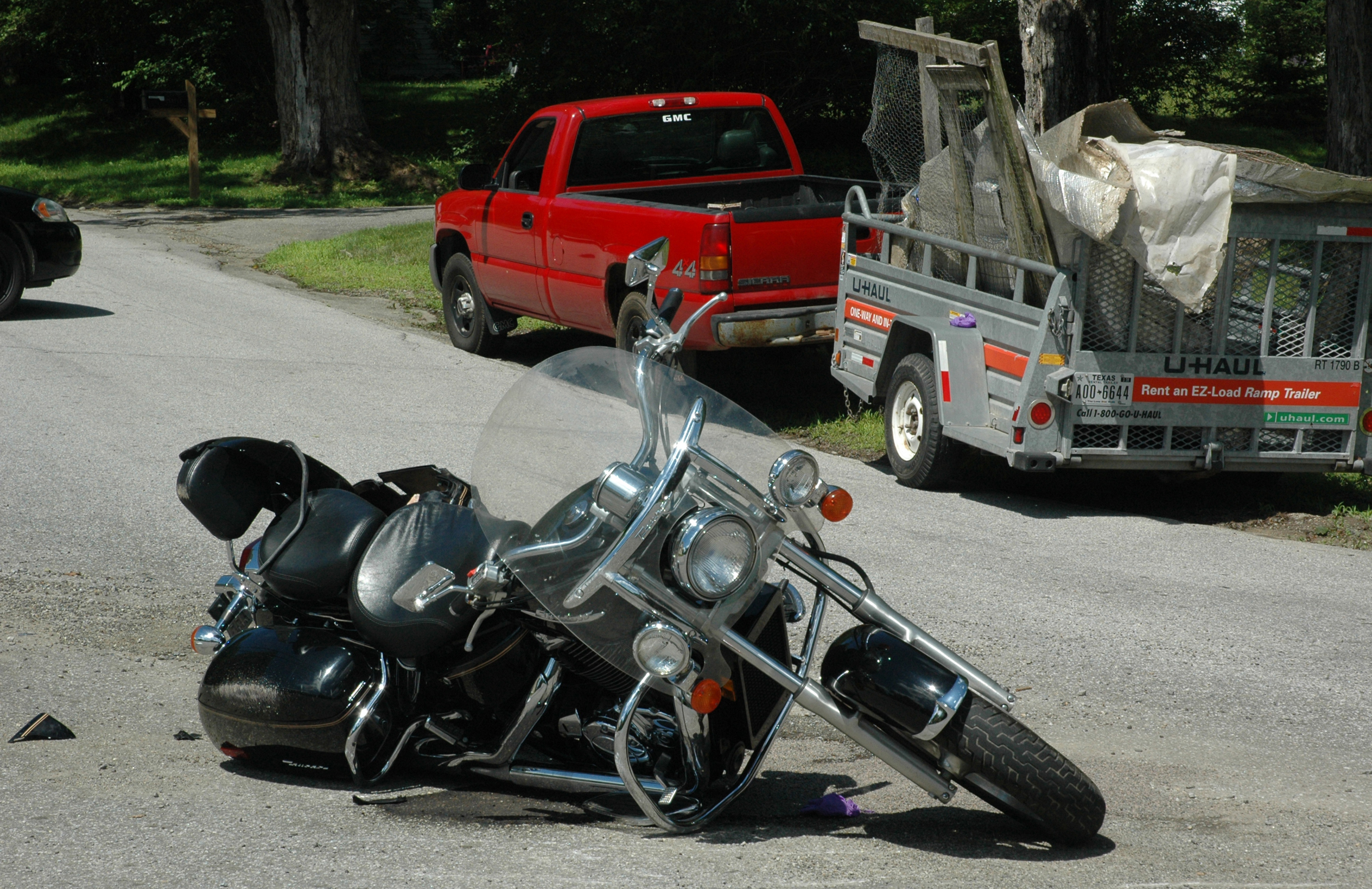 A helicopter flew a motorcyclist to the hospital after a collision with a pickup truck at the intersection of Route 220 and Old Augusta Road in Waldoboro on Sunday, July 2. (Alexander Violo photo)

A LifeFlight helicopter transported a motorcyclist with head injuries to a Lewiston hospital after motorcycle vs. truck collision at the intersection of Old Augusta Road and Washington Road in Waldoboro the morning of Sunday, July 2.

The collision occurred in the middle of the intersection. Spear said the cause is under investigation.

Spear said the pickup stopped at a stop sign prior to entering the intersection, but a dip in the roadway can make it difficult to see southbound traffic on Washington Road from the stop sign on Old Augusta Road.

The town, after a vote of the board of selectmen, recently placed safety mirrors at the intersection to address the issue.

The officer said there were no passengers in either vehicle. The driver of the truck was not hurt.

Spear said the motorcyclist was not wearing his helmet at the time of the collision.

Spear said blood tests will be conducted on both drivers per state protocol.

The Sagadahoc County Sheriff’s Office is assisting with accident reconstruction.

Washington Road was closed in the area of the accident during the investigation and cleanup.