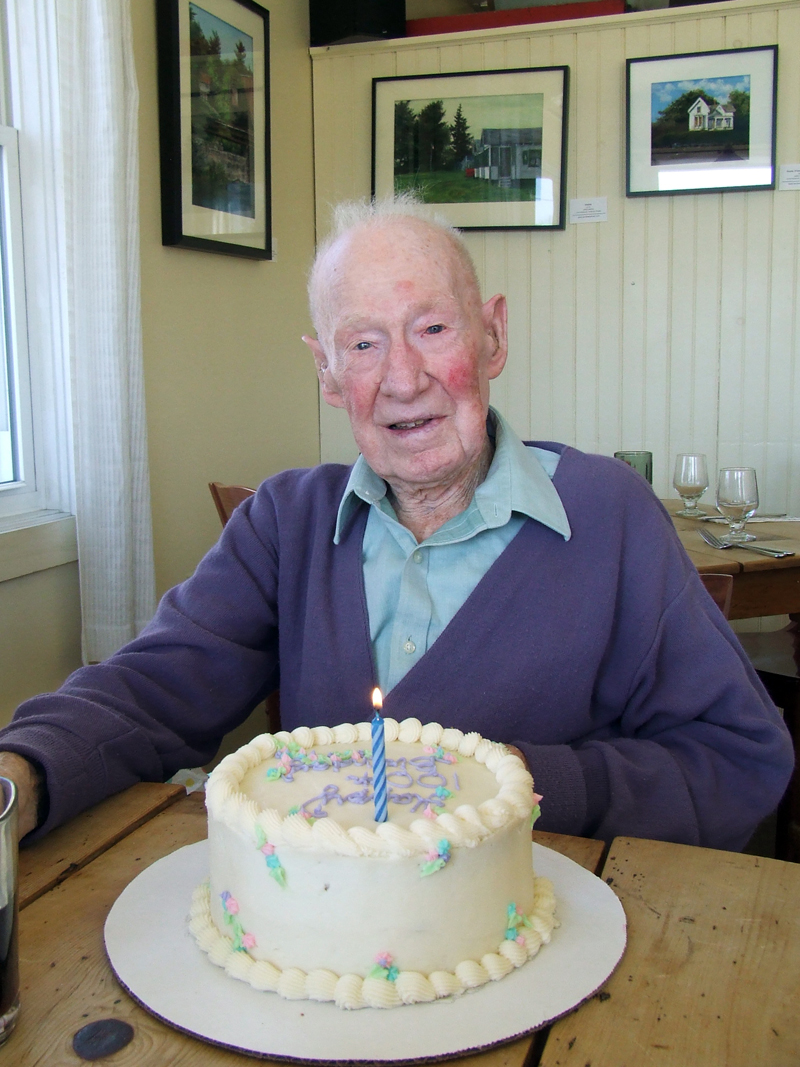 Nobleboro’s newest – and only – centenarian celebrated his 100th birthday with friends and three generations of his family Tuesday, April 3.

Arthur Jones was born in 1918 in Damariscotta Mills and lives on Bayview Road in a house he built in the early 1950s.

“I’ve lived here my whole life except for 4.5 years in the service,” Jones said.

His time away from Nobleboro was spent in the U.S. Army Air Forces during World War II, serving in the Pacific Theater, as part of a ground crew working on Consolidated B-24 heavy bombers.Jones said he was stationed at Chanute Air Force Base in Illinois for two years before being sent overseas to replace crews returning home. His outfit was stationed in New Guinea, the Philippines, and Palau.

After the war ended, he flew back to Sacramento, Calif. and was discharged from the military in Rome, N.Y.

Jones said he returned to Nobleboro and married in 1947, moving into his current residence on Bayview Road in 1953.

Jones worked as a lineman for Central Maine Power Co. for 30 years and ran his own electrical business.

In addition to Tuesday’s celebration, Jones enjoyed a celebratory lunch with members of his family, including grandchildren and great-grandchildren, at the Damariscotta River Grill on Saturday, March 31.

The Nobleboro Board of Selectmen presented Jones with the town’s Boston Post Cane in recognition as his standing as the town’s oldest resident in May 2016, when he was 98.