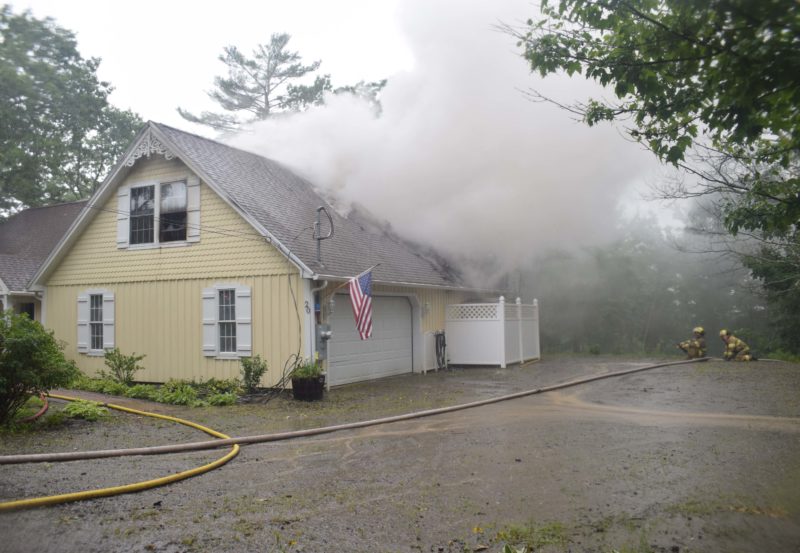 Smoke pours out of a house as firefighters mount an exterior attack at 20 Farm Woods Road in Bristol after a lightning strike the afternoon of Tuesday, July 14. (Evan Houk photo)

Lightning struck twice at 20 Farm Woods Road in Bristol the afternoon of Tuesday, July 14. The first strike hit a tree and the second caused a house fire, but firefighters saved much of the home.

Homeowners Doug and Teresa Grant were able to exit safely after the lightning hit the roof, causing the second floor to become engulfed in flames.

Firefighters mounted interior and exterior attacks during a heavy rainstorm before having to evacuate the building.

Bristol Fire Chief Paul Leeman Jr. said by phone Wednesday, July 15 that it was a “great knockdown” under severe conditions.

“That was a tough call. It didn’t let up,” Leeman said of the rainstorm. “With the humidity, the rain, and the lightning, we’ve never been in conditions like that before.”

Leeman said a quickly mounted interior attack was able to save much of the house. The fire was contained to the second floor above a garage attachment to the residence.

Leeman said most of the fire and water damage is contained to the garage area and the attic above, saving the main living quarters.

At one point, a South Bristol tanker became stuck on the dirt road leading to the residence and Colby & Gale Inc. had to be dispatched with a wrecker to clear the road.

Leeman said the scene was clear by 6:30 p.m. and station cleanup lasted until about 10 p.m. 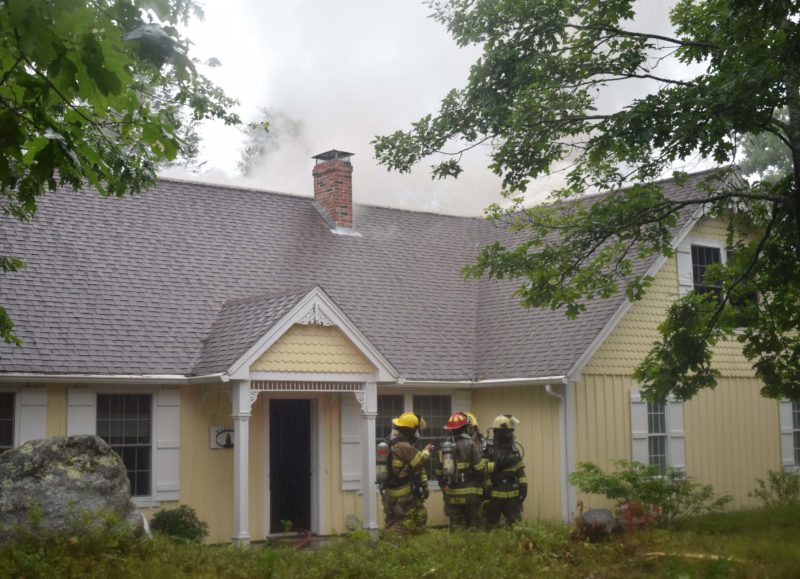 Firefighters prepare to enter a home at 20 Farm Woods Road in Bristol the afternoon of Tuesday, July 14. The home was set ablaze by a lightning strike that hit the roof and engulfed the second floor in flames. (Evan Houk photo) 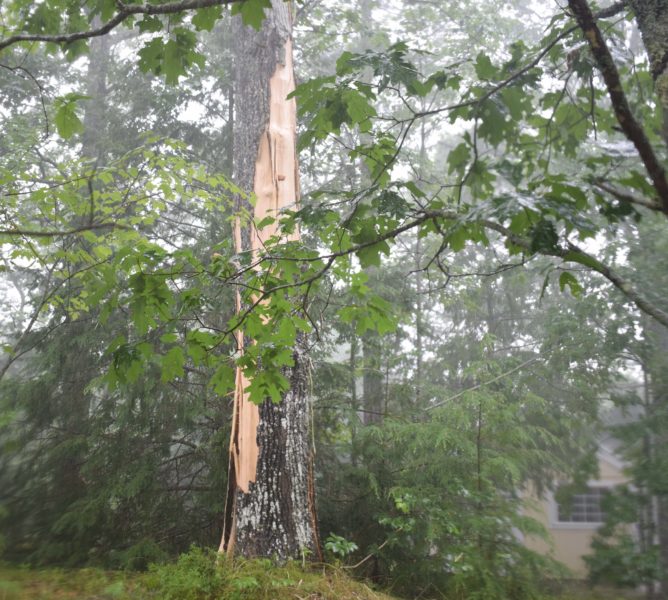 A tree at 20 Farm Woods Road in Bristol was struck by lightning prior to a second strike that set the nearby home ablaze the afternoon of Tuesday, July 14. (Evan Houk photo)