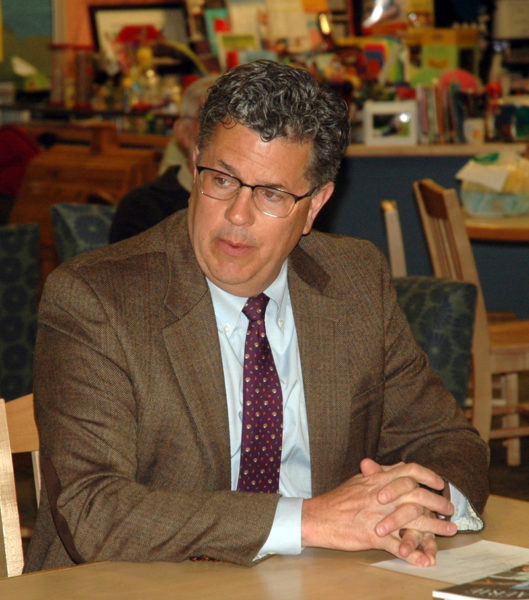 Sturdevant joined Lincoln Academy in 2013 and has led a number of major initiatives, including an expansion of the curriculum to ensure all students receive the high-quality education they deserve, during his time as head of school.

“David has been a committed leader during a time of transition and growth at Lincoln Academy,” said Chrissy Wajer, chair of the Lincoln Academy Board of Trustees. “David has compiled a long record of accomplishments, including expanding the curriculum and launching the Applied Technology and (Engineering) Center with its innovative STEM programming, launching Eagle Term, improving the school’s athletic fields, building the Kiah Bailey Hall dormitory, implementing a successful boarding program, and expanding participation and fundraising in the school’s annual fund. But perhaps most importantly, he has led the faculty and staff to fulfill Lincoln Academy’s mission to ensure a high-quality, comprehensive education experience for all students attending the school.”

In addition, Sturdevant led a number of other significant initiatives, including: building community partnerships, such as the Lincoln Health/Allied Health program; creation of summer programming; development of a strategic plan and master facilities plan; and the implementation of the Innovatively Designed Education for All Learners, or IDEAL, program, which is specifically designed to help non-traditional learners.

“It has been an honor to serve as the head of school for Lincoln Academy,” Sturdevant said. “Lincoln Academy is more than a school. It’s the heart of a thriving, diverse community that helps students to grow and develop the skills they need to change the world for the better. I’m so proud of the work we have done together and all that has been accomplished since 2013. Lincoln Academy will always be a special place to me, but I’m also looking forward to the next chapter of my life and different opportunities.”

Sturdevant notified the school community, including faculty and staff, of his decision Tuesday.

A nationwide search will begin immediately for a new head of school, who is expected to join Lincoln Academy for the 2019-2020 school year. Sturdevant will continue to oversee the day-to-day operations of Lincoln Academy until June 30.

The school will also begin an immediate search for an interim head of school, and will begin to integrate that person into that role as soon as possible to ensure a smooth transition. The interim head is expected to serve for the 2018-2019 school year.

Before joining Lincoln Academy, Sturdevant spent 28 years at an independent town academy in western Maine, where he served as an English teacher, dorm parent, curriculum coordinator, alternative school founder and director, and assistant headmaster and principal.

Sturdevant has a bachelor’s degree from Wheaton College and a Master of Education degree in education administration from Plymouth State University, and he completed a doctoral program in educational leadership at the University of Maine.

He and his wife, Elisabeth, have three children and eight grandchildren.

“On behalf of the board of trustees and the entire Lincoln Academy community, I want to thank David for his hard work and dedication,” Wajer said.