Lincoln Academy has three finalists for its next head of school: Jeffrey Burroughs, Chris English, and Scott Spence.

The finalists visited the Newcastle high school to meet with students, staff, and parents for two days each from Oct. 9 to 19.

The school formed a search committee in the spring, before the departure of Head of School David Sturdevant at the end of the school year. The committee consists of five members of the board of trustees, two faculty members, and one community member. Nancy Starmer, the former head of school at the George School in Pennsylvania, is serving as interim head.

Educational Directions, a school executive search firm, worked with the search committee during the application process. The school accepted applications from May through August.

Around 60 people inquired about the position and 19 applied, according to board President Judi Hilton. The committee, which met every other week, narrowed the field to seven, then to the three finalists.

A community advisory committee also met with each finalist.

Community members were able to give their feedback on the candidates through a survey after each visit.

“They have different backgrounds and we liked that diversity,” Hilton said. “They all bring the tools and resources that we need to continue to evolve and take Lincoln Academy forward.”

“I just see opportunity,” she said. “I know there are challenges, I’m very realistic about that, but it leads to opportunity to do better, and to go in a different direction and fix things.”

The search committee will give its recommendation to the board of trustees within the next couple of weeks, according to Hilton. 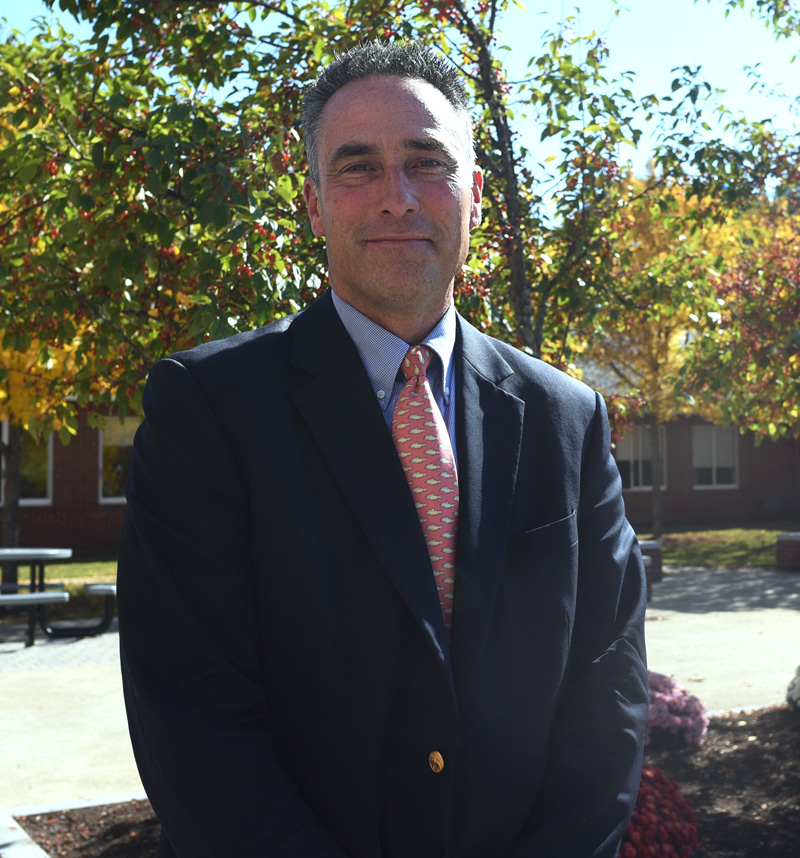 Jeffrey Burroughs is the assistant headmaster for academics at St. Johnsbury Academy in St. Johnsbury, Vt., a coed high school about twice the size of Lincoln Academy, with 250 boarding students and 720 day students.

Burroughs has held his current position since 2009. Before working in Vermont, he held a number of positions over 12 years at Hyde School in Bath, Maine, such as assistant headmaster and director of admission. He lived in Woolwich at the time.

Burroughs said that while he was not originally looking to go into education, he went to a recruiting conference for independent schools and took an offer to teach in Maine.

“I’ve come to really appreciate the model of town academies,” he said.

Burroughs said he is excited about the smaller size of Lincoln Academy.

“We have an opportunity in high school, when you’re forming a lot about a student’s understanding of themselves, to really help them see ‘I could be this, I could do this, I have a potential that is worth investing time in.’ Particularly in independent schools, you can talk about things of character, you can challenge them on ideas, and that’s the value to me,” he said.

“You have an opportunity to help them understand what it’s like to be part of a global community, even if they aren’t going to leave this community,” he said.

Burroughs is married to Melissa Burroughs, who works in the guidance department at St. Johnsbury Academy, and has three children in college.

When not working, Burroughs enjoys playing soccer, fly fishing, skiing, and playing with his dog. 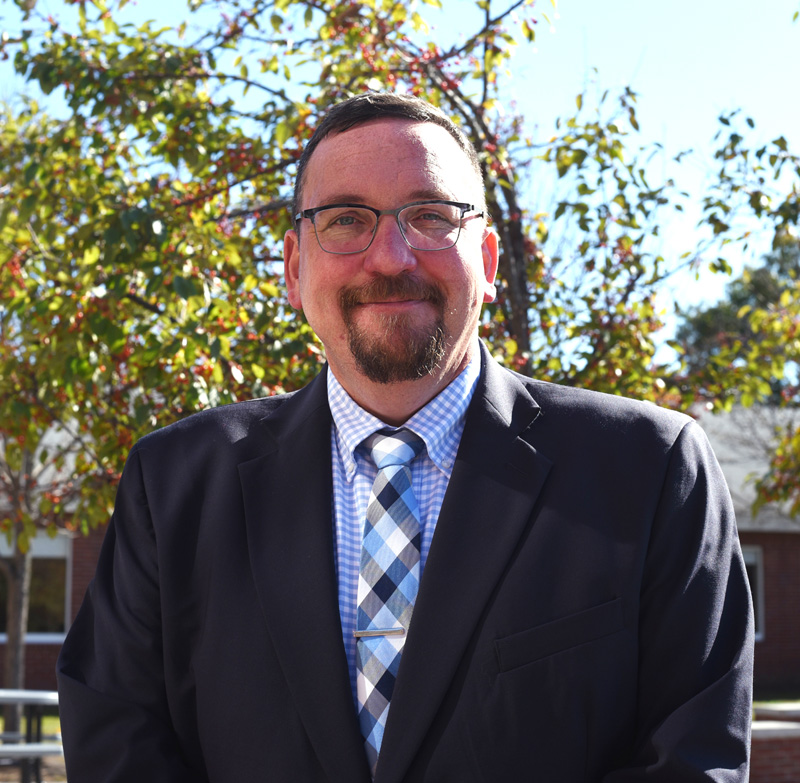 Christopher English is the associate head of school for curriculum and pedagogy at the Barstow School in Kansas City, Mo., which has 700 students in grades K-12.

English has been in the position since 2016. He was previously the assistant head at Wasatch Academy in Utah.

He was born in Florida and moved around often as a child, while his father was in the U.S. Air Force. He graduated high school in North Carolina and attended East Carolina University for his bachelor’s and master’s degrees in English.

English began teaching English at a public school before going to work at Wasatch Academy, a boarding school made up of primarily international students.

At Barstow School, around 30 students are international and stay in the homes of community members. Four international students currently stay with English and his family.

“I certainly have a depth of experience with that international market and international programming, and also in integrating that with the local community,” he said. “I think we add great richness and depth to our community when we have more diversity, when we bring those international students in.”

English said the past two heads of school he has worked with have helped him learn the responsibilities of the role.

“I’ve been very fortunate to have two successful heads of school who have mentored me into this direction,” he said. “Not everyone is lucky enough to have a mentor who believes in them, and who recognizes someone’s potential. So it was very transformative for me to have that experience, not just once, but twice.”

“I believe in working toward a public good, and I believe that the success of an educational institution is measured by the impact it has on the community around it,” he said.

“Every child deserves the opportunity to discover their intellectual voice and every child deserves to go to school in a place where people are committed to maximizing their potential,” English said. “What I do a lot of is helping students discover where their strengths and affinities are, and then help unpack what their perceived weaknesses are. Notice I say perceived, because they may not be real.”

“Part of my educational philosophy is that we make very transparent the processes of learning, so that our students understand why they are doing something, and what the long-term benefits are,” he said.

English is married to Lori English, a school counselor. They have 17-year-old twin daughters, Emma and Kate. 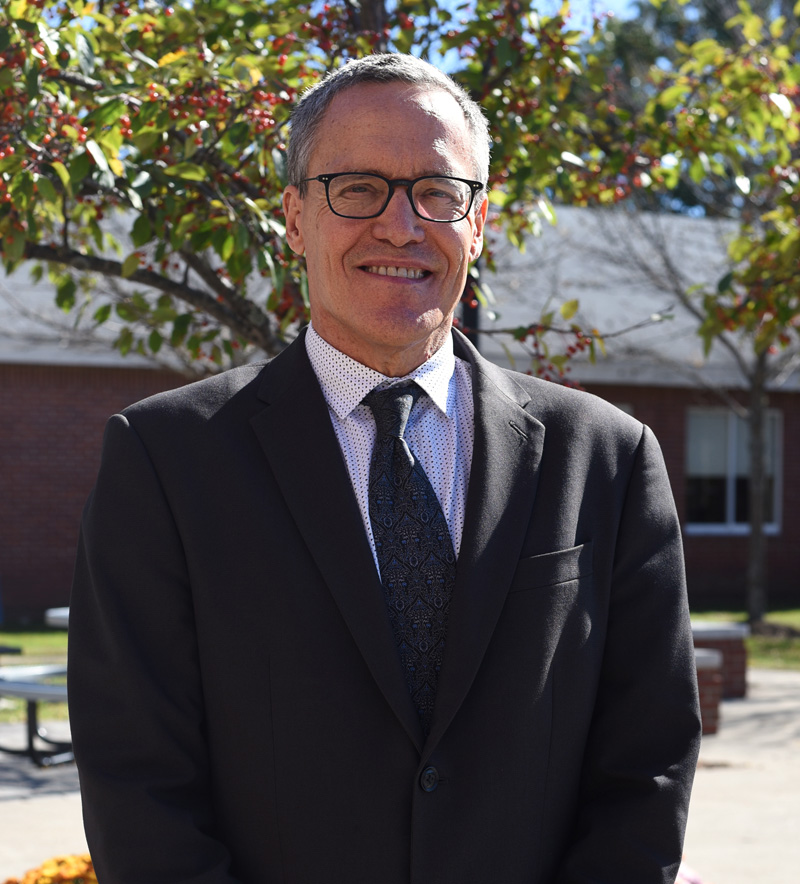 Scott Spence is the associate head of school at the George School in Newtown, Penn., a Quaker high school with 540 boarding and day students.

Spence has been in the position since 2011, but has worked at the school since 1992. He taught history for about 10 years at George School, and four years at Princeton Day School in New Jersey before that. He has coached lacrosse and was a dorm parent for 10 years.

Spence moved around a lot as a child because his father was in the U.S. Navy, but mainly grew up in the Baltimore area.

He graduated from Colgate University with a degree in history and Russian studies, then went to graduate school at Columbia University, studying international affairs and Soviet studies.

Before beginning his career in education, Spence was a researcher looking at the United Nations Association, studying U.S. and Soviet relations, primarily the issue of nonproliferation of nuclear weapons.

“When I was in graduate school, I saw myself heading in a direction of doing research for good causes, but I had the opportunity to work with students, and I found that really rewarding,” he said. “You could learn something that you’re really excited about, by teaching it.”

Spence said he had been interested in Lincoln’s head position when it was last open around six years ago, but the timing was not right and he did not apply.

Spence said he is excited about the town academy model. “It’s a remarkable mission,” he said. “There’s a responsibility that this school has to the towns, and that’s interesting to me and exciting to me.”

“I think that I’ve really valued and would continue to value working at a school that really tries to help students discover their passions, ones they maybe didn’t know they had, and to reach their potential,” he said.

Spence and his wife, Jasmine Spence, have three daughters. They own property in Belmont, Maine, where they have vacationed for many years.

“I’ve been coming up to Maine with my family for about 25 years,” he said.

When not working, Spence loves spending time with his family, being outdoors, fishing, sailing, hiking, skiing, and reading fiction.