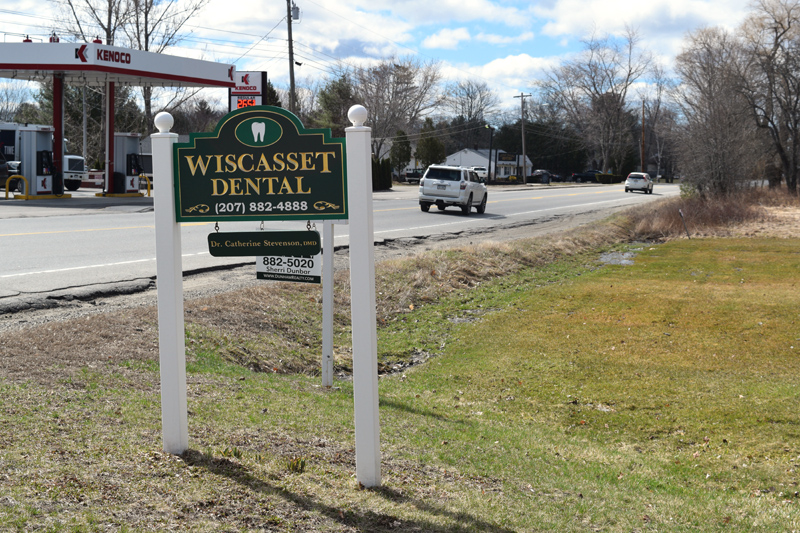 The Wiscasset Dental sign alongside Route 27 in Wiscasset. Lincoln County Dental Inc. has purchased the former Wiscasset Dental building, where it will open a low-income clinic. (Jessica Clifford photo)

The nonprofit Lincoln County Dental Inc. closed on the former location of Wiscasset Dental on Monday, April 15, and plans to open a low-income dental clinic within a year.

Lincoln County is the only county in Maine without a low-income dental clinic, according to Lincoln County Dental Inc. Executive Director Holly Stover.

Lincoln County Dental operated a clinic out of a rented space in Damariscotta until June 2016, when a pipe burst in the building and the clinic closed.

Lincoln County Dental Inc. bought the building from the former owner and operator of Wiscasset Dental, Dr. Catherine Bunin-Stevenson, and her husband, Richard Stevenson, according to Stover.

“It is our intention to raise $1 million to both complete the purchase and fund operations,” Stover said, including equipment and payroll.

The nonprofit’s leadership “would like to open as soon as possible,” she said, but realistically, she expects the clinic to open in eight months to a year.

The nonprofit’s administrative office is on the St. Andrews Campus of LincolnHealth in Boothbay Harbor. 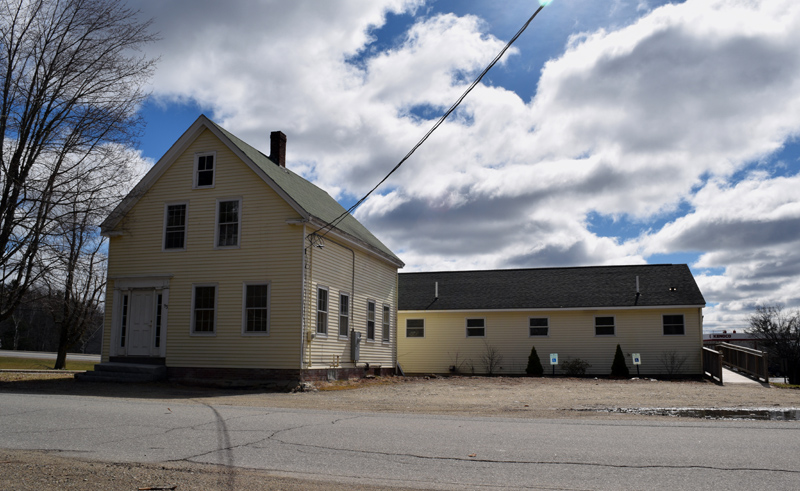 Since the Damariscotta clinic closed, Stover said, the nonprofit has provided limited services while fundraising and writing grants to fully revive its mission.

“We’ve been talking with each other since they have closed in 2017,” Stover said of the owners of Wiscasset Dental. “We finally have been able to get enough donor funds and grant funds to be able to make this down payment and enter into this purchase.”

Stover and the board of directors consider the building an “ideal” fit for the new clinic because “Wiscasset is accessible to a lot of people in the community by different routes,” she said.

In addition, Stover said, “There are certain things you need to run a dental clinic that wouldn’t be in an average property.” Some of the necessary amenities include the right plumbing and electrical work.

“Oral health in Lincoln County is a significant unmet need … we have people who cannot afford and do not have a dental home,” Stover said. The nonprofit intends to “make sure everyone, regardless of the ability to pay, has a dental home.”

At the new building, Lincoln County Dental will have the potential to serve the approximately 7,300 people in Lincoln County, roughly 22 percent of the population, who are at or below 150 percent of federal poverty guidelines, according to a 2016 American Community Survey and information from Stover. 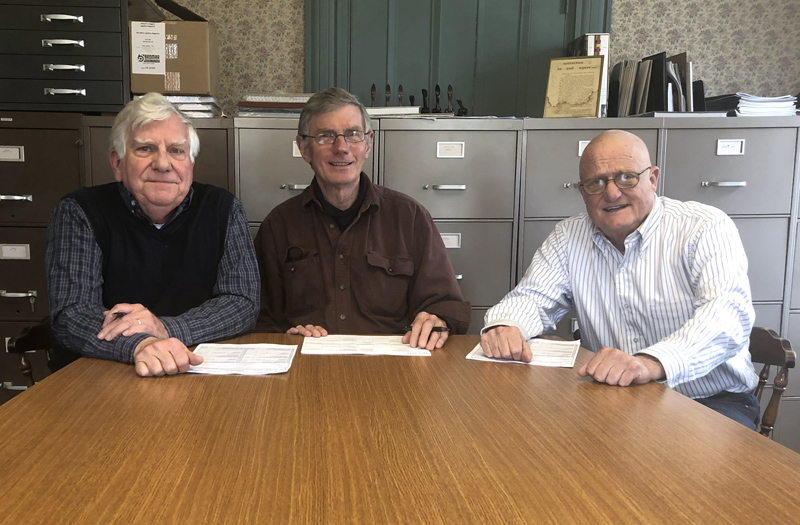 “We have raised money that we have used toward continuing to provide some support to people to get dental care in the community because we have stayed true to our mission and we know people that go without dental care are suffering with significant pain and infection,” Stover said.

Local dentists “sometimes give us a little break on the money,” Dick McLean, treasurer of Lincoln County Dental, said.

“It enabled us at least to try to address issues of emergency, pain, and infection,” McLean said. “We got some grant money that allowed us to try to take care of that.”

Another way the nonprofit has continued its work is by sending a dental hygienist to Lincoln County schools to offer some services, such as exams and cleaning.

McLean said he is “still sort of shaking” from Monday’s closing. He is “thrilled” with the purchase for two reasons.

“This will put us back to that position where we can start to pay attention to folks that don’t have access to dental care,” he said. “That’s one part of it. The other part of it is, from a fundraising standpoint, it’s not easy to raise money for, ‘Gee, I wish we had a clinic,’ as opposed to having a clinic and being able to point to it and say, ‘We would like some funds to have this continue to function.’”

The nonprofit will adjust its fundraising strategy accordingly.

“Most of our community fundraising has been appearances and taking donations,” Stover said. “This will be a more direct fundraising campaign that will be done both in person and through mail.”