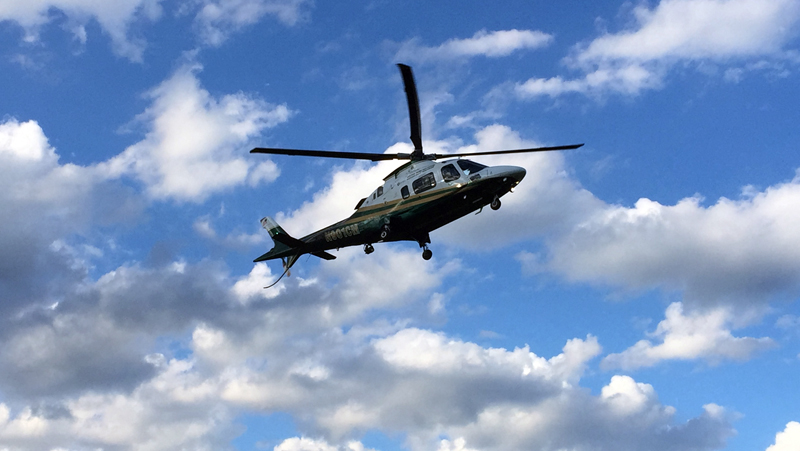 Area firefighters participated in a LifeFlight training exercise at Lincoln Academy in Newcastle the evening of Tuesday, June 20.

The Newcastle Fire Department hosted the training, which drew more than 50 firefighters from Bremen, Bristol, Damariscotta, Jefferson, and Nobleboro.

“We’ve been fortunate that we haven’t had any calls where we needed LifeFlight, but we figured it would be good to get the training in,” Lizotte said.

Shortly after 6 p.m., a LifeFlight crew landed a helicopter on the Lincoln Academy track field. Firefighters asked about the pilot, nurse, and paramedic’s roles on the helicopter while children were allowed to sit in the helicopter. 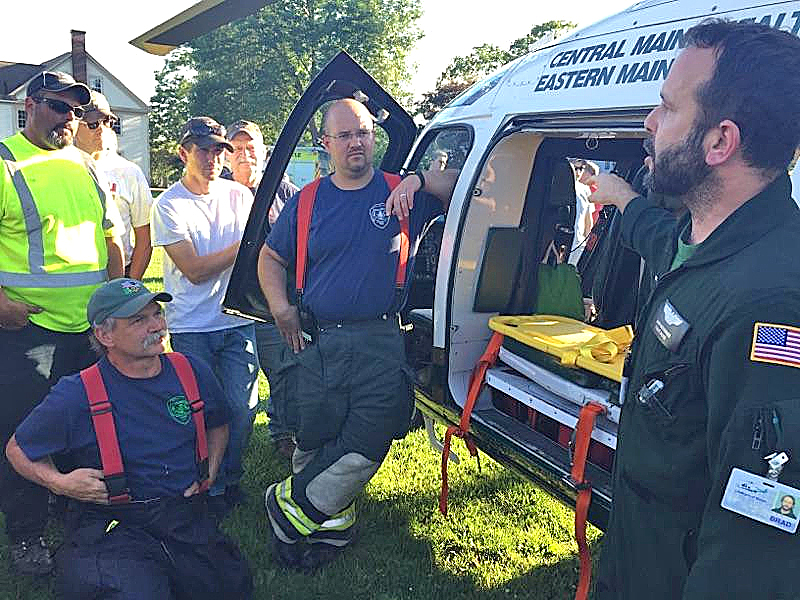 After the helicopter departed, Lori Metayer, a nurse and paramedic with LifeFlight, taught a course about how firefighters can best prepare a landing zone and the importance of safety for both the firefighters and the crew in the helicopter.

“When we’re coming in, our lives are literally in your hands,” Metayer said. “We want everything to be as safe as it can be.”

Metayer also talked about how critical early activation of LifeFlight can be. While many people associate the helicopter with a trauma event, a “large majority” of LifeFlight calls involve a person having a heart attack or stroke, Metayer said.

“When in doubt, call us in,” Metayer said. “It can really make all the difference.”