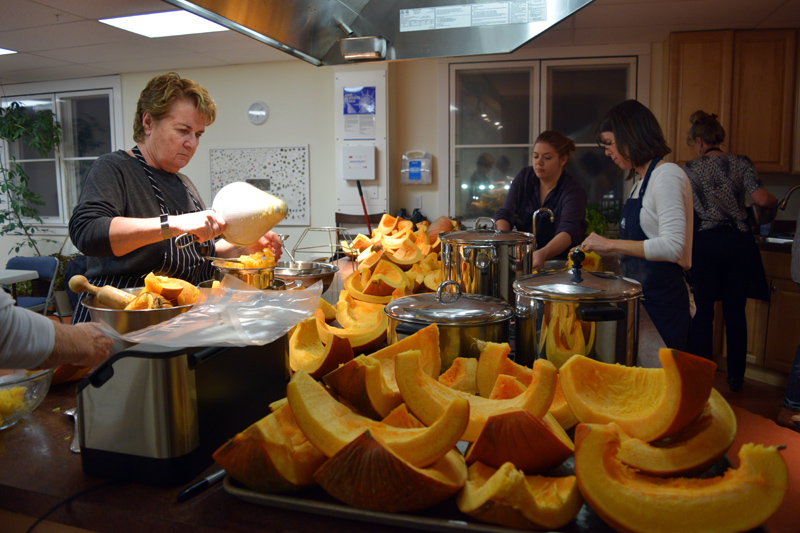 With two harvests under their belts, the Lincoln County Gleaners are expanding their food security-focused mission from seasonal to year-round.

According to the group’s literature, gleaning is “the act of collecting leftover crops from farmers’ fields after they have been commercially harvested.”

After harvesting local produce, the Lincoln County Gleaners distribute it across the region through sharing tables, which are unattended tables of free food set up in various locations for people to choose from.

“I think there is a lot of food waste, and so our mission is to support local farms and to feed our community and to reduce food waste,” Sally Ingraham, coordinator of Lincoln County Gleaners and project assistant for Healthy Lincoln County, said.

The Lincoln County Gleaners were established in 2017. The inception of the group came from the annual Food Security Forum at the Chewonki Foundation in Wiscasset the same year, she said. A Brunswick-based group, the Merrymeeting Gleaners, was present at the event.

“They were really our inspiration, and there was a key group of partners from our area that were like, ‘Hey, let’s do that here,’” Martin said. 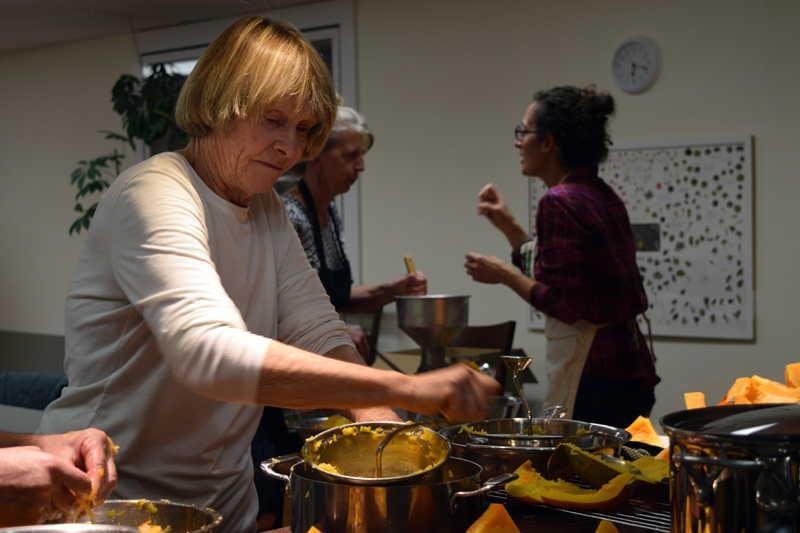 “We were scrappy at first, and we were able to pull together some volunteers and had some very great, generous farms in the area that were willing to let us come and harvest their fields when they had surplus,” Martin said. 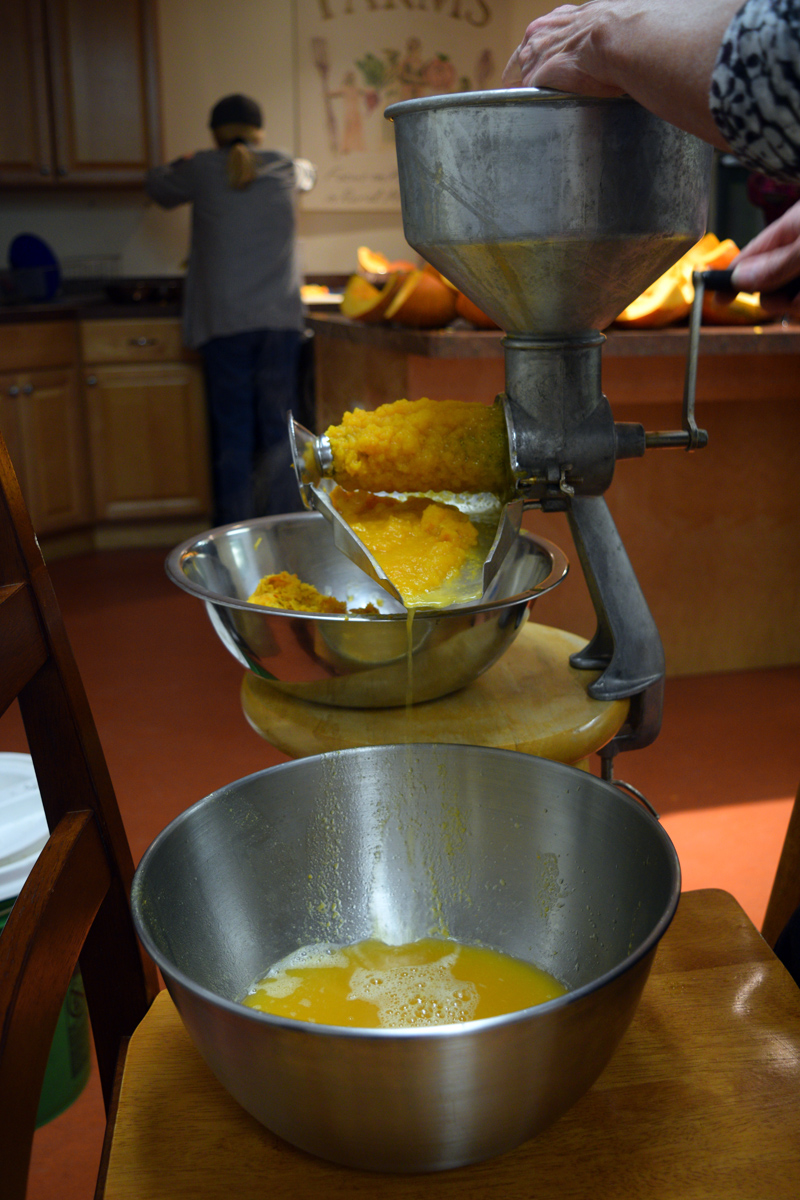 The group has evolved since 2017, and is looking forward to more growth as 2019 comes to a close.

“Almost a year ago, we were at a crossroads, and essentially for the first couple of years were operating without a budget, just a bunch of people doing good work,” Martin said.

Martin offered Healthy Lincoln County as a home for the gleaners.

This year is the first year the gleaners were able to expand their mission to a whole year, with the help of Goranson Farm in Dresden. They also held their first processing event – a “pumpkin-processing palooza” – on Thursday, Nov. 21 in the kitchen above Rising Tide Co-op in Damariscotta.

There is a lot that goes into making free local produce available to the public.

When a farm completes its harvest and there are extra crops in the field, “it’s a choice of being tilled under, or taken to a landfill, or us coming in and rescuing it, if you will, and redistributing it,” Ingraham said.

Although there are a lot of food-related initiatives in the area, there are still a lot of people who are food insecure, Martin said. The Lincoln County Gleaners view their distribution of the food as a creative practice.

According to both Ingraham and Martin, some people will not go to a pantry even if their family needs the food.

The Lincoln County Gleaners’ distribution process “makes it mainstream, so everybody’s comfortable getting the food versus feeling like they are standing out in the crowd,” Ingraham said.

It is difficult to quantify the number of people who take the food; however, the gleaners can measure the weight of produce they collect. From this summer and into the fall, they gleaned nearly 10,000 pounds.

At this time, the gleaners work with a small group of farms, including Brown’s Farm, of Nobleboro; Goranson Farm, of Dresden; and Veggies to Table, of Newcastle. They also take produce from home gardeners. From season to season, the farms they work with may change.

Some farms will leave a few rows just for the gleaners. 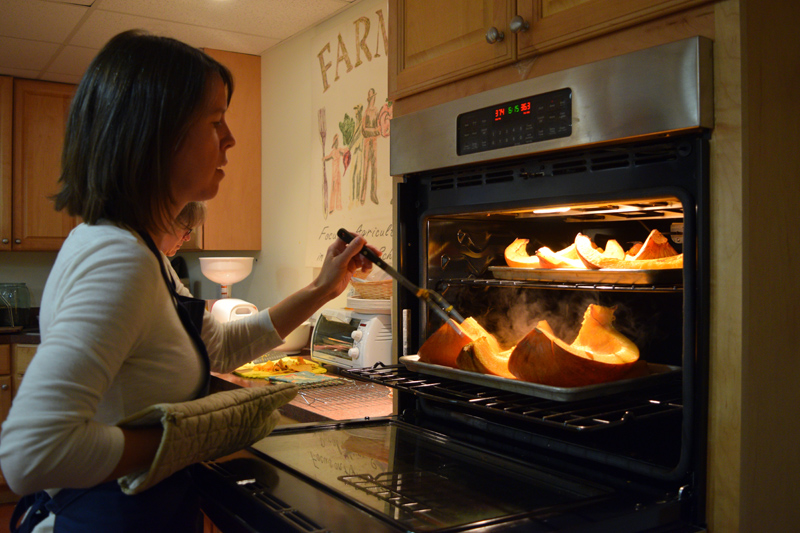 “We have the kindest, most giving farms in this area. It’s really been a privilege to work with all of them,” Ingraham said. “We are hoping in the future that we will be able to work with more.”

“The produce that we get from the farms, even though some of it may be seconds, it’s still beautiful and we try to display it beautifully too,” Ingraham said. 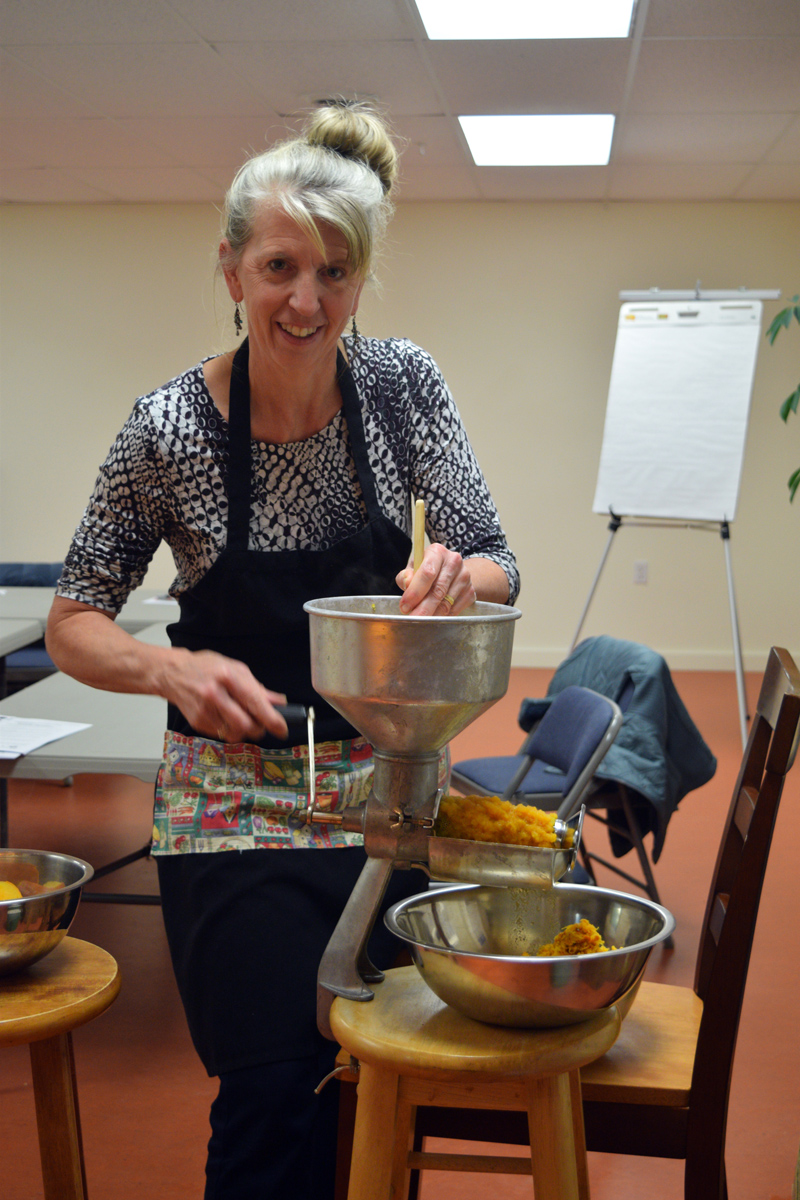 A 2017 survey asked local people how difficult is it to get fresh produce, what barriers exist to accessing local produce, and where people would go to get it. The results gave the group ideas for distribution sites.

The tables have signage telling people to take the produce they need and leave the rest for others.

While an open sharing table is for anyone passing by, the closed sharing tables are only for people in a specific location.

The gleaners started with a set time for distributing food, but now distributes it after gleaning.

“Our goal wasn’t to hold onto the food as long as possible, our goal is to bring in from the field and distribute it out to the people as soon as possible,” Martin said.

Although the gleaners have a refrigerator, one of the challenges they have is cold storage during the summer. They hope to build a walk-in cooler shed, but need funding to complete the project.

The Lincoln County Gleaners have a Facebook page where they try to post as much as possible where and when an open sharing table has been stocked. They are exploring a notification system, so they can send out a distribution alert to people who sign up.

If the group has surplus produce, it goes to Twin Villages Foodbank Farm for distribution to local food pantries.

The Lincoln County Gleaners rely heavily on volunteers. Every year they have a spring training orientation event. There are core volunteers and others who volunteer once in a while.

To be a gleaner, it is not mandatory to have a flexible schedule, but it helps. In addition, gleaners need not have a background in farming.

“We also have needs for volunteers beyond just going into the field and getting on your hands and knees,” Martin said. “We could really use help with volunteers that are interested in distributing … or even folks that are good at fundraising or writing grants.”

To volunteer, host a sharing table, or offer a farm for gleaning, email lcgleanersme@gmail.com or find Lincoln County Gleaners – Maine on Facebook.