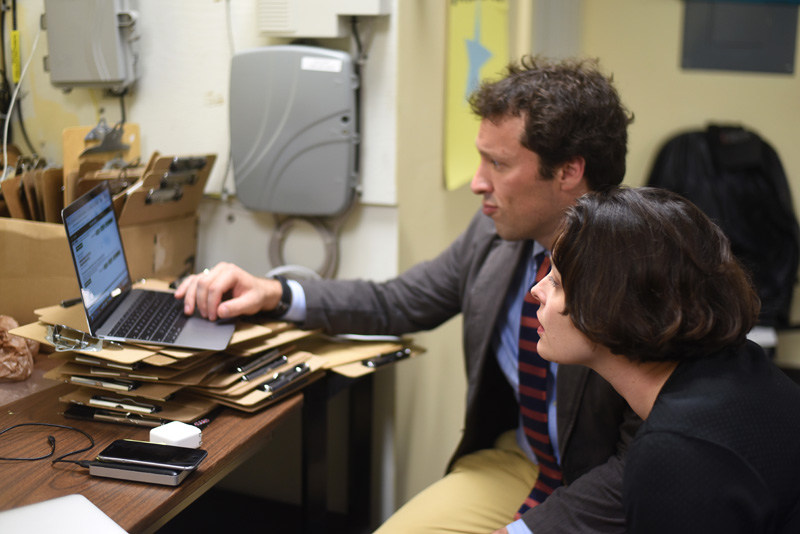 Two years ago, Republicans won seven of the nine legislative seats that represent Lincoln County. Now, Democrats will hold five of the seats, with a sixth going to an independent.

Dow will return for a second straight term, his fourth overall in the Senate and fifth overall as a state legislator, including one term in the House.

“I’d just like to thank the people of District 13 for putting their trust in me,” Dow said. “I plan to work just as hard as before.”

“I’m really proud of the race that we ran,” Fortman said. “I respect the fact that Dana was also very collegial.”

“It was a good race,” she said. “I think we stayed positive and focused and listened to constituents.”

Senate District 13 consists of all Lincoln County towns except Dresden, plus Washington and Windsor.

With unofficial results from nine of 11 municipalities, Sen. Eloise Vitelli, D-Arrowsic, was in the lead over Richard Donaldson, R-Georgetown, 8,072-6,323.

Senate District 23 consists of Dresden and all of Sagadahoc County.

House District 80 is part of Augusta, Somerville, Vassalboro, and Windsor.

In House District 88, there was no incumbent in the race to succeed term-limited Rep. Deb Sanderson, R-Chelsea.

“This campaign has always been about all of us and how we can do better together with kindness and respect for each other, and I’m looking forward to getting started,” said Maxmin, a recent college graduate.

“I’m excited to build new politics for House District 88, for everyone in this area,” she said. “This campaign has never been just about me.”

House District 88 is Chelsea, Jefferson, part of Nobleboro, and Whitefield.

Hanley, R-Pittston, will return for a third term in House District 87 after fending off a challenge from Jason Putnam, D-Wiscasset.

“I’m very happy to win. I put a lot of time into it,” Hanley said. “I thought I had pretty good support.”

Hanley said Putnam was a gracious opponent, calling him Tuesday morning with congratulations. Now, Hanley wants to go back to work to “enact good legislation and resist bad legislation,” he said.

Devin will begin his final term, as state law limits legislators to four consecutive terms in the House or Senate.

“I want to thank Richard for running a positive campaign and I want to thank my supporters and volunteers who helped me,” Devin said. “I’m very honored to be headed back to Augusta to represent the Pemaquid peninsula, Monhegan, and Loud’s Island.”

“I want to thank the people of District 91 for their support. I look forward to returning to Augusta,” Evangelos said. “It was a close election and I wish my opponent the best.”

“I guess I’m back to work,” Simmons said. “I’m going to continue to be on the (Waldoboro) Select Board and will just be working more.”

“I thought I was at a pretty good spot, but it is what it is,” he said. “I think the fishing community in this area just took a big blow.”

House District 91 is Friendship, part of Union, Waldoboro, and Washington.

A final tally was not available, but Liberman said he conceded Tuesday morning.

“I do want to congratulate my opponent,” he said. “My staff and I will make sure there is a smooth transition of leadership at the DA’s office.”

He thanked his family and friends for their help with his campaign. “Their support has meant the world to me,” he said.

“We live in really divided times, but that should never distract us from the blessings in our lives,” he said.

The longest-tenured office holder on the ballot took 62.14 percent of the vote.

Several candidates for county office did not have opponents.