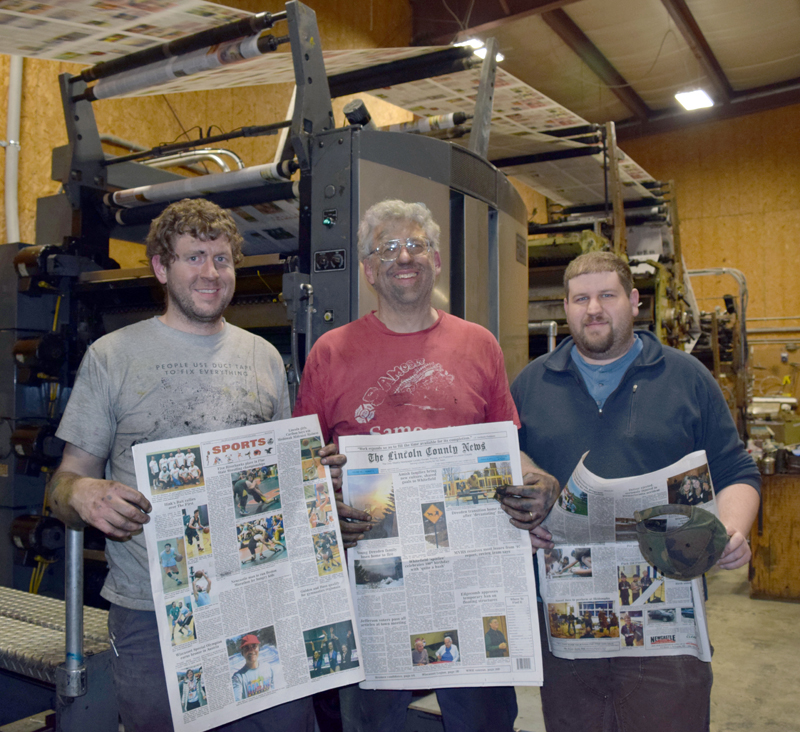 Readers of The Lincoln County News will notice the paper has become more colorful, after Lincoln County Publishing Co. doubled the color-printing capability of its newspaper press.

This is the company’s third major upgrade to the newspaper press since 2000. Until 2000, The Lincoln County News was printed with black ink, with the occasional spot color added.

In 2000, a quad color unit was installed, allowing for two color pages in each of the paper’s standard three sections. A second unit was added in 2004, adding two more color pages per section.

With the addition of two more color units this spring, the paper has doubled its color again, with eight pages of color in each section.

The company has always had the goal of increasing the amount of color in the paper to offer a better reader experience, according to Lincoln County News Associate Publisher John Roberts.

“Our family is always focused on serving the community, and we are making a significant investment in our print product to better serve the readers and advertisers of The Lincoln County News,” Roberts said.

The two color units were most recently used in Nigeria before they were purchased by a California company and refurbished, Roberts said. The units left California by trailer Feb. 16 and arrived in Maine four days later.

The production of the March 30 edition was delayed by 2 1/2 hours due to unforeseen complications with the installation.

“We pride ourselves on publishing the only locally owned newspaper printed in Lincoln County, and we hope everyone can understand the slight inconvenience of the delay,” Roberts said.