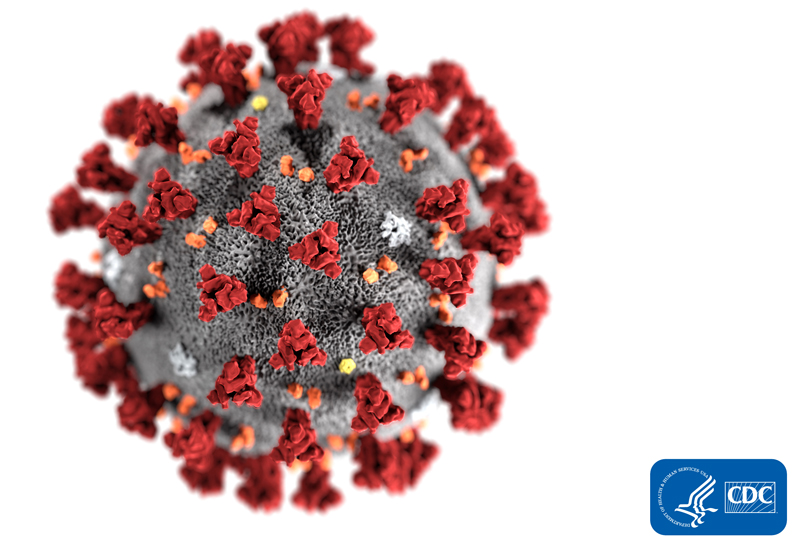 As officials in China try to contain the novel coronavirus that originated there and has infected thousands, in Maine, state and local officials are taking precautions in case the deadly disease starts to spread in the U.S.

Heather Allender, infection preventionist at LincolnHealth, agrees with the U.S. Centers for Disease Control and Prevention’s assessment that the risk of the virus spreading in the U.S., and Maine in particular, is low.

The federal health agency states on its website that “this virus is NOT currently spreading in the community in the United States.”

Robert Long, communications director at the Maine Center for Disease Control and Prevention, said in a phone interview Tuesday, Feb. 4 that there are zero confirmed cases of coronavirus and zero “persons under investigation” in Maine.

Long said the virus, dubbed 2019-nCoV by scientists, appears to be a travel-related illness, meaning that unless a person traveled to China or is in close contact with someone who recently traveled to China, the risk for infection is very low.

However, he said the agency is working with health care providers across the state to prepare them in case the virus starts to spread in Maine.

As of Monday, Feb. 3, there were nine confirmed cases of the virus in the U.S., including a university student in Boston who recently returned from the city of Wuhan, China, where the virus is thought to have originated.

Allender said it is important to be prepared. She said the most frightening thing about this coronavirus is how little scientists currently know about it, including about how dangerous it is or even how it is spread.

About two weeks ago, MaineHealth officials entered the criteria for screening a potential 2019-nCoV patient into the statewide health care system. This way, hospital workers can ask key questions of any potential patient to determine if they are at risk.

Allender said that if someone shows signs and symptoms of the virus and has recently returned from China or been in contact with someone who has a confirmed case of coronavirus, hospital workers will take steps to isolate the individual by taking airborne and contact precautions, then they will test and treat them.

The tests would have to be sent to the U.S. CDC for confirmation of the illness.

Allender said LincolnHealth already has the capability to implement these measures, noting that the hospital would go through the same procedures with a patient who has tuberculosis.

Some signs and symptoms of 2019-nCoV include mild to severe respiratory illness with fever, cough, and shortness of breath, according to the U.S. CDC.

The agency says that symptoms may appear in as few as two days or as long as 14 days after exposure, based on what has been seen with incubation periods of Middle East respiratory syndrome, another coronavirus.

“That’s really what we’re trying to do is stop transmission before it starts spreading to secondary cases, and then rampantly, like we’re seeing in China. We’re doing all the steps we can do so that does not happen,” Allender said.

She said researchers are not yet sure how long the virus can survive without a host, such as on a tabletop or on another object.

“They simply don’t know how long this virus lives on surfaces. Some viruses live for a long time, some don’t. Some need a host quickly,” Allender said.

Lincoln Academy in Newcastle, which has 12 Chinese students, has taken precautionary steps to monitor for 2019-nCoV.

Jenny Mayher, director of communications and community engagement at LA, said the risk at the school is low, similar to the rest of the country.

She said no students or staff members have returned from China since early January, and no one on the campus has exhibited any symptoms of the virus in that timespan.

Mayher said two students were planning to travel to China in February, but decided against it after the outbreak of the virus.  She said that although they were disappointed to miss seeing their families, they understand the severity of the situation.

Mayher said none of LA’s students hail from the Wuhan region, where the virus is thought to have originated.

The school said in a statement that it is closely following updates from the U.S. CDC, the National Association of Independent Schools, and LincolnHealth, which oversees the health center on campus.

Eric Duffy, a registered nurse and director of LA’s health center, said in the statement that there is no reason to think the school is at any greater risk from illnesses this year than it has been in years past.

Duffy addressed LA students on Friday, Jan. 31, advising them to take basic precautions like washing their hands and staying home when they are sick.

“We encourage parents to let us know if their students have positive lab findings or suspected diagnoses. This is good practice at any time, but in light of the influenza outbreak in southern Maine, it is especially important that we have the best information we can about the health of our students,” Duffy said in the statement.

Currently, influenza is a more pressing and more deadly concern for Mainers than the risk of contracting 2019-nCoV.

According to the Maine CDC, as of Feb. 1, 3,895 people have tested positive for influenza in Maine, while 240 have been hospitalized and 13 have died.

“At this stage, they are far more likely to contract the flu than the coronavirus,” said Long, the spokesperson for the Maine CDC.

Long advised that a flu shot is still available and is the best measure to protect against and minimize the symptoms of the flu.

The World Health Organization reported Feb.2 that there have been 14,557 confirmed cases of illness caused by the coronavirus, including 146 in 23 countries outside China, with more being discovered every day.

So far, 304 people have died from the virus, all but two in China.