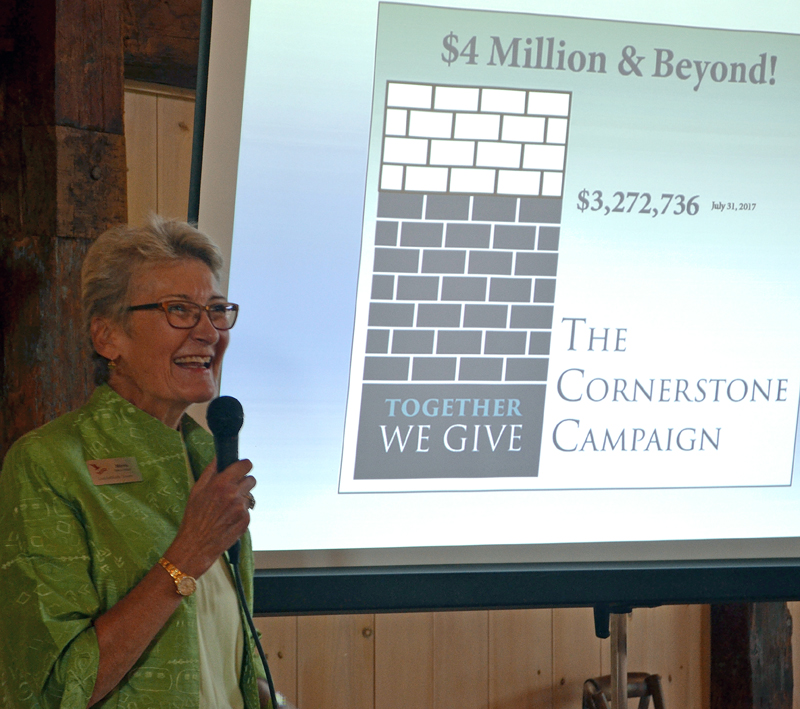 LincolnHealth Board of Trustees member Marva Nesbit announces the $700,000 goal for The Cornerstone Campaign during a kickoff event at The 1812 Farm in Bristol Mills on Tuesday, Aug. 1. (Maia Zewert photo)

Good things come to those who wait, LincolnHealth President and CEO Jim Donovan told a crowd of LincolnHealth officials and community members during a celebration at The 1812 Farm in Bristol Mills the evening of Tuesday, Aug. 1. The event celebrated the kickoff of the public fundraising campaign for the hospital’s $13.7 million outpatient health center, which is slated for completion in summer 2018.

The new outpatient health center, which has been in the works since 2010, will consolidate many of the physicians on the Miles Campus in Damariscotta into a single building between the hospital and Schooner Cove, an independent living facility.

The 2 1/2-story building will have a footprint of 16,560 square feet and consolidate practices spread throughout the Miles Campus, including the Dorothy B. White Orthopaedics Center, once a carriage house and later a nurses dormitory; the Miles Professional Building, formerly a private residence; and the Webster Van Winkle Medical Building.

Tuesday’s event marked the kickoff of the public fundraising campaign, called The Cornerstone Campaign, to raise the remaining funds needed to complete the project.

Over the years, LincolnHealth has saved $9.7 million for the building. An addition $3.2 million was raised during the “quiet phase” of fundraising, during which the hospital approached donors, according to LincolnHealth Vice President of Marketing, Development, and Community Relations Scott Shott.

The goal for The Cornerstone Campaign is $700,000 to be raised over the course of the year before the building is completed, Shott said.

“I have every confidence we will realize this success,” LincolnHealth board member Marva Nesbit said to a round of applause.

Nesbit and LincolnHealth Chief Medical Officer Dr. Russ Mack are the co-chairs of the campaign, which has been an “amazing, extraordinary experience,” Nesbit said. 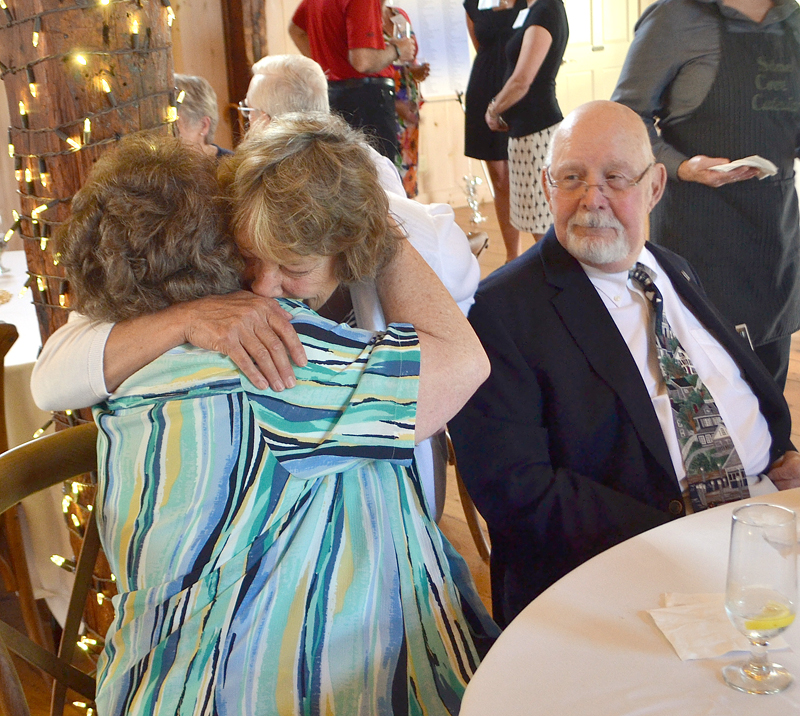 Donovan compared LincolnHealth’s pursuit of the health center to a quote from ice hockey great Wayne Gretzky, who once said “I skate to where the puck is going to be, not where it has been.”

“This building represents, for us, skating to where the puck is going to be,” Donovan said.

Nesbit said the building will be named The Herbert & Roberta Watson Health Center, after two of the organization’s longtime volunteers. Roberta Watson gave a brief speech thanking LincolnHealth for the honor and the couple, joined by their families, received a standing ovation.

While the building itself will be dedicated to providing health care, the Watson name will honor volunteers doing work throughout the area, Roberta Watson said.

“Every day men and women walk through the doors at LincolnHealth, and they provide assistance to patients, visitors, and employees. But those are just a drop in the bucket of services provided by volunteers in this community,” she said.

In the future, when someone asks why the building is named after Herbert and Roberta Watson, “we hope the answer will always be, they are just a couple of volunteers who are honored to represent the volunteers in the community,” she said.

For more information about The Cornerstone Campaign, go to lchcare.org/cornerstone.