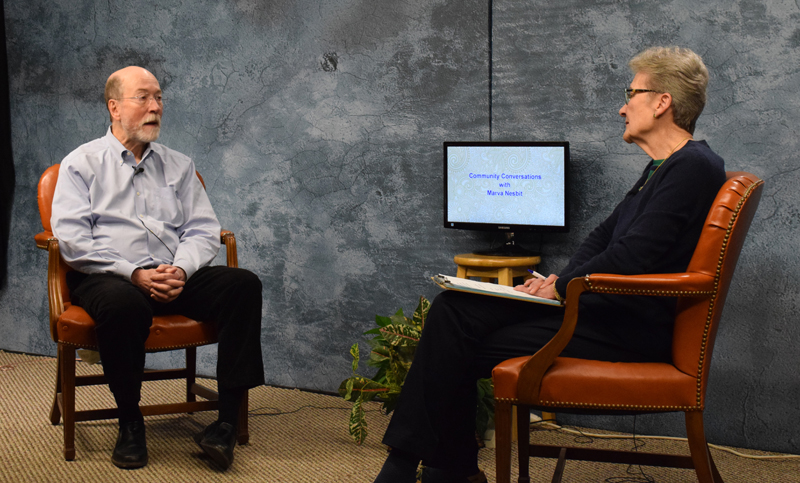 Jim Donovan, president of LincolnHealth since its inception in 2013, will retire effective Friday, March 26.

Donovan, in a phone interview Thursday, March 18, said the team aspect of delivering care to patients drew him to and kept him in the field of health care administration.

“My job and the job of everybody who doesn’t directly take care of patients in a hospital setting or in a nursing home setting is to help those who do,” Donovan said. “My only job is to help the doctors, the nurses, the technicians and aides do their job, and that’s by providing them the resources they need and putting the structure in place that supports them in their jobs.”

Donovan said the past year has been the most challenging of his career, due to the COVID-19 pandemic, but he credits LincolnHealth employees for also making it the year he is most proud of.

“They never took their eye off the ball, that being the best interests of our patients, community, and the residents of our nursing homes. … It’s an incredible effort to respond to a disease that didn’t exist just prior to when it hit,” Donovan said.

He said the most astonishing moment of the pandemic was last spring, when first responders lined the driveway of LincolnHealth to show their support for hospital workers.

“From my office, I’m looking up the causeway that leaves the hospital parking lot up to Bristol Road. And over a couple of days, we had emergency response vehicles, fire trucks, ambulances, etc., lined up from the top to the bottom of that causeway,” Donovan said of the powerful display.

“That kind of sums it up for me,” Donovan said.

Now, one year after the “curtain came down,” as Donovan says, he finally will be able to kick back and “take some time to decompress” while also volunteering at the LincolnHealth vaccination clinic in Boothbay Harbor, continuing to do his part for the community.

“One of my goals is to become a much better fly fisherman and a better fisherman in general,” Donovan said.

Donovan grew up in Newington, Conn., outside Hartford, and was interested in all kinds of sports growing up.

He attended the College of the Holy Cross in Worcester, Mass., not knowing what direction to take, when he discovered the emerging field of hospital administration.

He said that at that time, in the late 1970s, the health care field was growing increasingly complicated and the field of hospital administration grew along with that.

Donovan earned a master’s degree from George Washington University in 1980. From there, he found work in his chosen field in Missouri and then Harrisburg, Pa., before relocating to Maine in 1987.

“Maine, to me, was always a dream destination back when I was young in my career, when I was thinking about where I might want to go if I had the opportunity,” Donovan said.

Donovan said the opportunity to move to Maine and become CEO of Brighton Medical Center in Portland in 1987 “literally came across my desk.” Brighton is now part of Maine Medical Center as a result of a 1997 merger that led to the creation of the MaineHealth system.

He said that St. Andrews in Boothbay Harbor and Miles in Damariscotta were the first two community hospitals to join MaineHealth right at the beginning.

After over a decade of work in the MaineHealth system, Donovan was recruited in June 2008 to bring the two Lincoln County hospitals together under one hospital system.

“One of my priorities was to continue bringing the hospitals’ programs and services closer together and eventually bringing the two hospitals together,” Donovan said.

This led to the formation of LincolnHealth in 2013, when both hospitals merged into one hospital corporation under MaineHealth.

The formation of LincolnHealth goes along with a long-term trend in rural hospital consolidation or closure that Donovan said has resulted from a “seismic shift” from delivery care in an inpatient setting to an “outpatient and ambulatory setting.”

He said the shift, which is ongoing, has to do with advances in medical technology that allowed doctors to take care of patients more effectively in the office or at home.

Donovan believes the future of health care is rooted in the strength of primary care practices, which is a major reason behind the construction of the Herbert and Roberta Watson Health Center on the Miles Campus.

“The strength of LincolnHealth is its primary care network, its physicians and other providers who offer primary care to patients through the offices we have in Wiscasset, Boothbay Harbor, Waldoboro, and Damariscotta,” Donovan said.

He said one of the few silver linings of the pandemic has been the expansion and acceptance of telehealth services by patients, Medicare, and Medicaid.

Longtime LincolnHealth employee Cindy Wade will succeed Donovan as the next president of LincolnHealth. After six years of service in the U.S. Navy, Wade began her career as a charge nurse in 1988 and worked her way up through the organization that would eventually become LincolnHealth.

Donovan said that no one likely knows or has more experience in the LincolnHealth system than Wade.

Lincoln County Television will air a special one-hour “Community Conversations” episode featuring a conversation between host Marva Nesbit and Donovan, as well as a few surprises, at 7 p.m., Saturday, March 27.