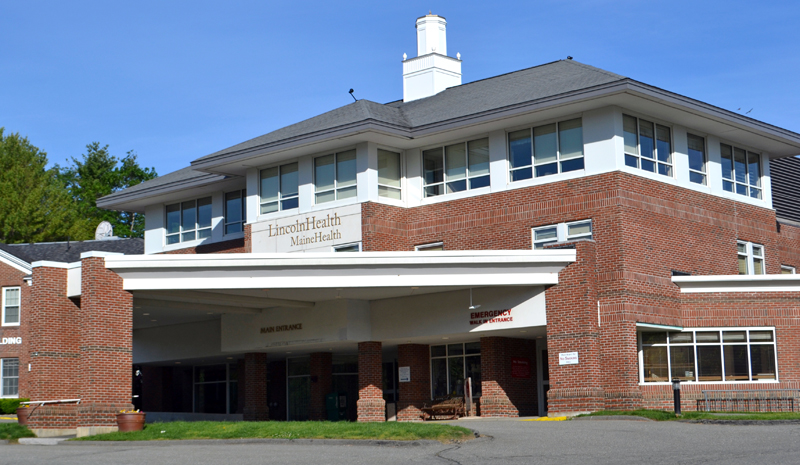 The main entrance to LincolnHealth’s Miles Campus in Damariscotta.

In a series of board votes at the entities that make up Northern New England’s largest health-care system, MaineHealth members have decided to take this conversation to the communities they serve.

The proposal under discussion would create a single, system-wide governing body for MaineHealth. It would also leave in place local boards that would retain significant responsibility for the hospital services and other care delivered in local communities, as well as a defined role in budgeting, planning, and the hiring of key executives.

A business could likely make a similar change without any announcement and no one would notice, according to LincolnHealth Vice President of Marketing, Development, and Community Relations Scott Shott. LincolnHealth is taking a different approach. “I think we’re the kind of organization that wants everyone to know what’s going on,” he said.

In recent years, the inability to deploy resources across the system has become a significant problem for MaineHealth’s community hospitals, which are under increasing financial pressure because of changes in the way health care is being delivered. Relatively simple procedures are moving into outpatient settings, while complex care is migrating to regional medical centers that can afford expensive new technologies used by highly specialized providers.

The result is that much of the revenue from surgeries and other procedures that sustained community hospitals in the past is no longer available to them, and many community providers are struggling. Those that aren’t losing money are typically small hospitals like LincolnHealth that are designated as “critical access” by the federal government. While critical access status makes smaller facilities eligible for more favorable Medicare reimbursement, their financial position has also recently eroded.

Some MaineHealth members “are in tough shape,” said LincolnHealth Board of Trustees Chair Bill Logan. While LincolnHealth is not losing money, it does struggle to adequately fund capital improvement and recruit doctors and nurses.

“The primary motivation (for unification) is to have a way that finances can move throughout the system,” Shott said.

Maine Medical Center generates upward of 70 percent of revenue and 90 percent of profit across the MaineHealth system, according to LincolnHealth President and CEO Jim Donovan, yet relies on the sustainability of rural members of the system. Unification would allow money to move through the system to keep those rural members financially stable.

Still, while unifying MaineHealth members under a single budget overseen by a system board of trustees has the potential to strengthen local health services and help preserve community hospitals, the proposal has stirred debate within MaineHealth’s member boards.

“It was a surprise,” Logan said of the initial proposal from MaineHealth last fall. “It’s taken six to nine months to understand what they want and why they want it.”

The conversation over the past months has focused on striking a balance between creating a unified financial and operational structure that can better support community health systems like LincolnHealth and retaining local identity and input.

Board members have discussed a range of concerns, including diminished local input into decisions affecting local services; having local voices become lost as part of a large, bureaucratic system; and how to balance the benefits of reducing variations in care with the benefits of local innovation.

“We have had one of the boards that has been most challenging of the ideas coming forward from MaineHealth,” Donovan said.

The governance model under consideration tries to address these and other concerns. It would include local oversight of care quality and the credentialing of physicians and other providers, a continued relationship with local donors, a defined role in the budget and planning process for local boards, and local oversight of community health initiatives.

“The amount of work our board does is not going to change,” Donovan said. “What does change is the fiduciary responsibility.” Right now, the local boards have “the ultimate responsibility” for their organizations’ well-being. Under unification, that authority would lie with the MaineHealth board.

The proposal guarantees local representation on the system board for at least the first five years and requires any significant changes in local services be approved by 67 percent of the system board’s members.

“This idea deserves the attention and input from the communities we serve,” Logan said. “We want anyone who is interested to understand this proposal, both the pros and the cons. We want to know what our communities think.”

While little will change visibly, unification could lead to more availability of doctors, nurses, and specialists, and lower prices for services, according to Logan.

Throughout the summer, LincolnHealth administrators, trustees, and clinical leaders will meet with individuals and community groups, such as local Lions and Rotary clubs, to explain the unification proposal and gather feedback.

Unification is not a done deal, LincolnHealth representatives said. A decision about whether to move forward will likely come in the fall. “If a decision is made to move forward, the new corporate structure would formally come into being near the end of 2018,” according to a fact sheet on the proposal.

For more information about MaineHealth’s unification dialogue, go to mainehealth.org/about/unification.