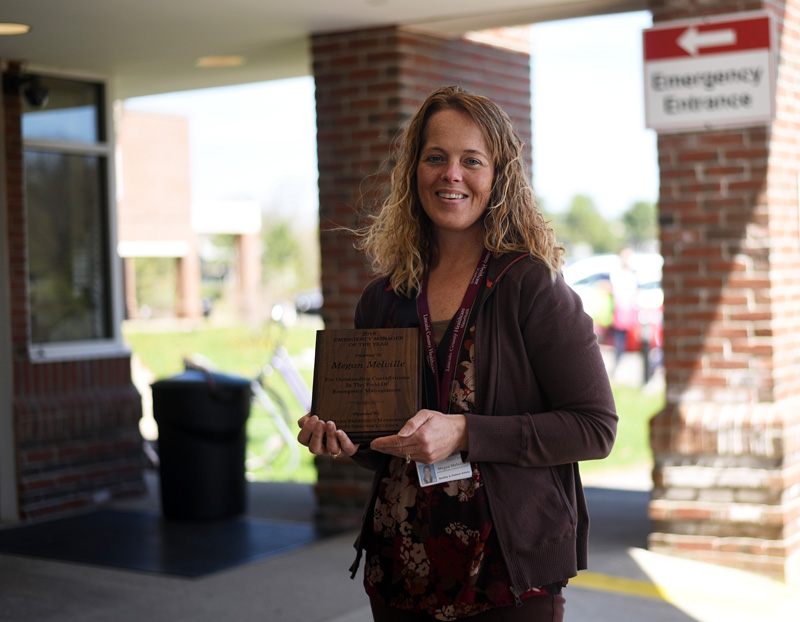 Megan Melville, LincolnHealth’s safety specialist and emergency preparedness coordinator, stands in front of the hospital with her Oustanding Emergency Manager of the Year award Monday, May 7. (Jessica Picard photo)

The Maine Emergency Management County Director’s Council presented Melville with the honor at a ceremony April 24.

The honor recognizes Melville’s day-to-day performance as well as her response to a bomb scare at LincolnHealth’s Miles Campus in Damariscotta in July 2017.

“She does a lot of hard work. I think that she goes above and beyond,” Stevens said.

In his nomination letter, Stevens said Melville “is passionate about making sure the facilities, employees, and clients within their organization are ready when an emergency occurs. She accomplishes this in many different ways, through equipment, training, and building the necessary relationships throughout the community.”

Melville has worked at LincolnHealth since 2006. As safety specialist, she ensures patient and staff safety and compliance with policies. As the emergency preparedness coordinator, she runs trainings and makes sure there are plans in place in case of an emergency. She also manages LincolnHealth’s hazmat decontamination team.

The federal government requires hospital staff to be trained in the hospital incident command system, or HICS. LincolnHealth’s Miles and St. Andrews campuses each have a HICS cart in a designated area.

Melville also created smaller, more portable HICS kits, which are located in each building for easier access. She also manages a HICS webpage accessible to staff. 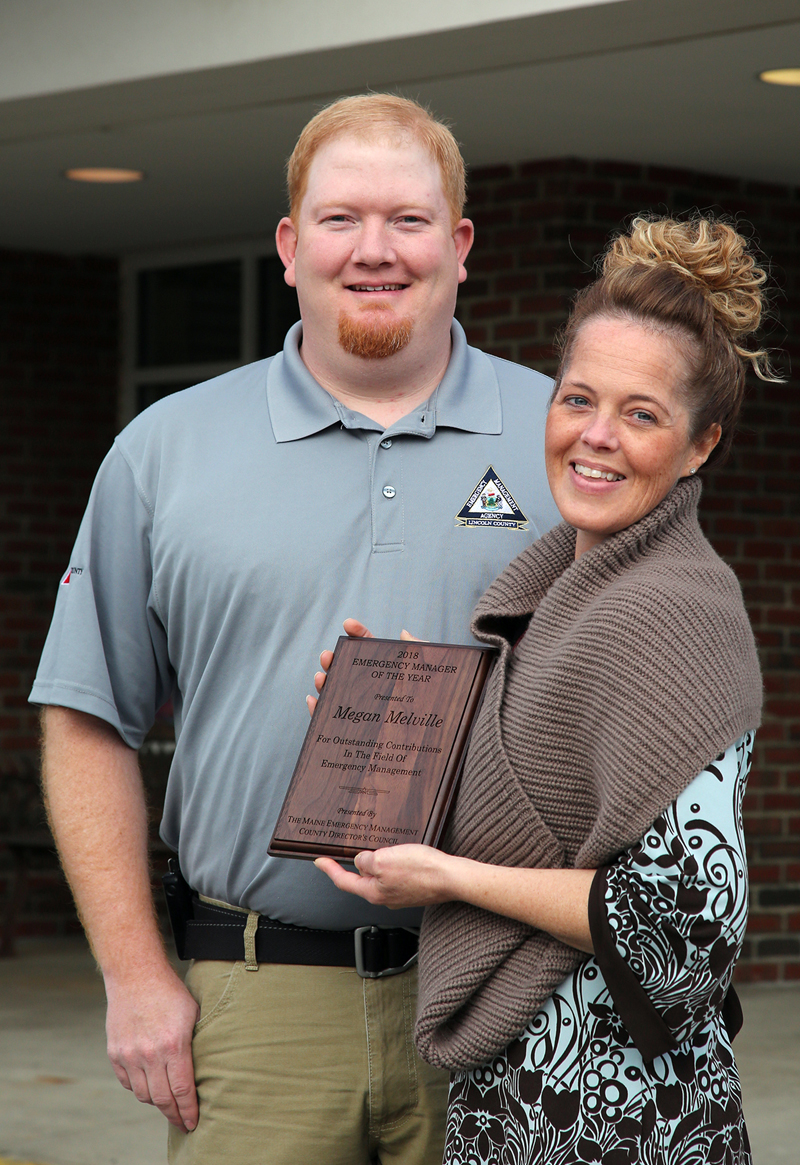 Melville runs full-scale emergency drills and tabletop exercises to prepare staff for how to respond in different scenarios.

In one of her tabletop exercises, Melville took the floor plans of one of the facilities and put small dolls in the rooms that had residents. The chosen scenario was a suspicious package in the elevator.

“We just talked through the process … they have a better understanding versus sitting and reading something. I’ve found through the years that’s very useful for staff,” Melville said.

Later that week, a full evacuation was run of the same facility.

“I try to make it as interactive as possible,” Melville said.

In July 2017, a suspicious package was spotted on LincolnHealth’s Miles Campus that caused the hospital to run a code yellow, the procedure for a bomb threat.

The suspicious package turned out to be a fake made to look like an explosive device.

After the incident, Melville coordinated a review, which involved both internal responders – staff – and external responders like firefighters and police officers. The review enabled her to recognize what was done well and what could be improved. She then planned an exercise similar to the real-life event.

“The exercise gave a better understanding of how a situation like that could evolve and provided more forward-thinking opportunities and knowledge of response procedures,” Stevens said in his nomination letter. “This is how Megan operates, she finds a problem and she fixes it, this enables LincolnHealth to mitigate, respond to, prepare for, and recover from a wide range of events.”

Melville received a plaque, and a small metal plaque with her name will hang in the MEMA office.

“I’m passionate about what I do,” Melville said. “I could talk about it all day.”