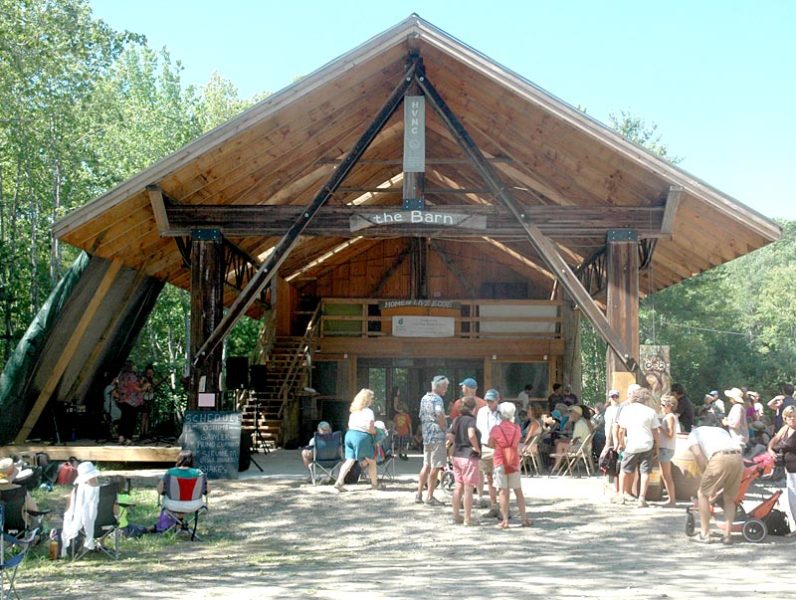 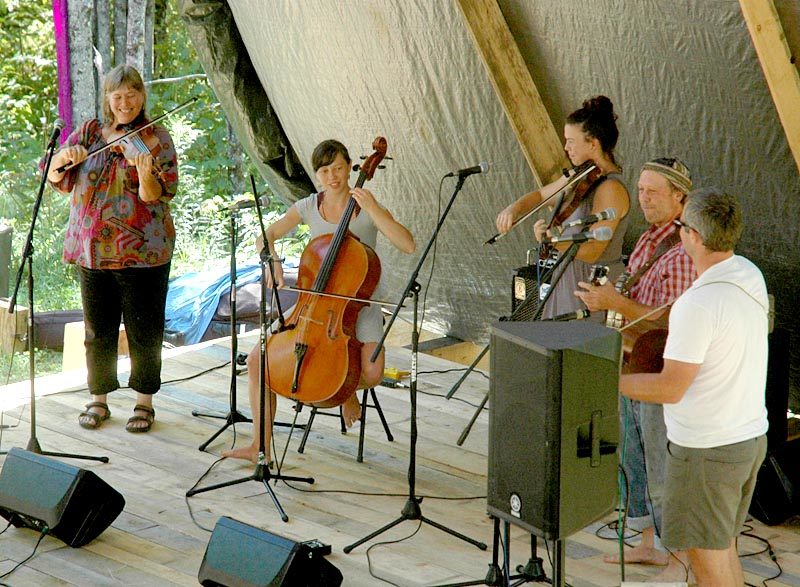 The Gawler Family Band was one of four acts to perform at the fifth annual Live Edge Music Festival. (Alexander Violo photo)

Attendees were treated to unique musical styles; homemade food, including items from the Sheepscot General Store and tacos from the Solorzano family; and cold refreshments.

This year’s musical lineup included the Oshima Brothers, the Gawler Family Band, Primo Cubano, and The Shakes. Also performing at the music fest was Sirumem, a belly-dancing troupe.

The musical styles ranged from the acoustic folk of the Gawler Family Band to the traditional Cuban tunes of Primo Cubano.

Midcoast Conservancy Executive Director Jody Jones said she was pleased with the turnout. She said funds raised at the event would support the conservancy’s mission of supporting and promoting healthy land, water, wildlife, and people in the Midcoast.

“We really do appreciate the people coming out here to support us,” Jones said. 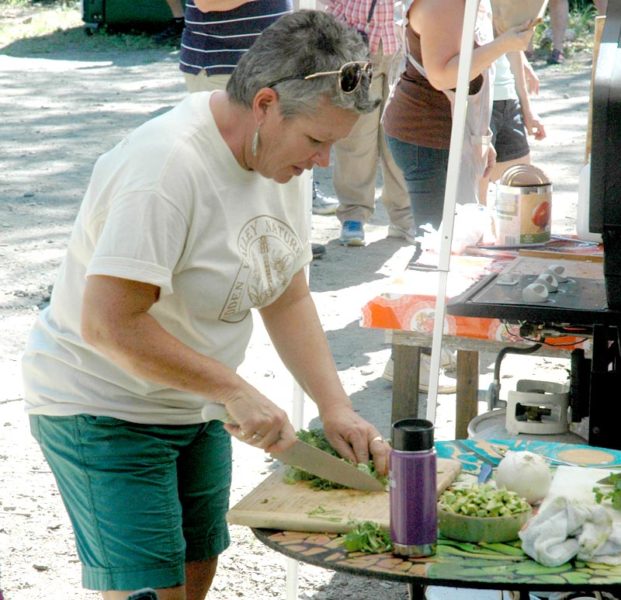 She said the music festival was the first since the merger in September 2015, when the Damariscotta Lake Watershed Association, Hidden Valley Nature Center, Sheepscot Valley Conservation Association, and Sheepscot Wellspring Land Alliance merged to create the Midcoast Conservancy.

Jones said the merger allows the formerly separate groups to expand their reach and bring programs and events to a larger number of members than previously possible.
“It helps people learn about new recreational areas throughout the Midcoast,” Jones said.

According to Hidden Valley Nature Center co-founder Tracy Moskovitz, the music festival got its start five years ago, with the first couple events taking place at Sheepscot General in Whitefield before the annual event moved to its current location in Jefferson.

“It started with a couple of local musicians. We got together and thought, why don’t we do a music festival?” Moskovitz said.

Moskovitz said he is thankful for support from local businesses for the festival over the years. “Every year the festival grows and gets bigger and we get more support,” he said.

A number of area restaurants provided a $20 voucher to advance ticket buyers for a second entree at 15 participating restaurants. 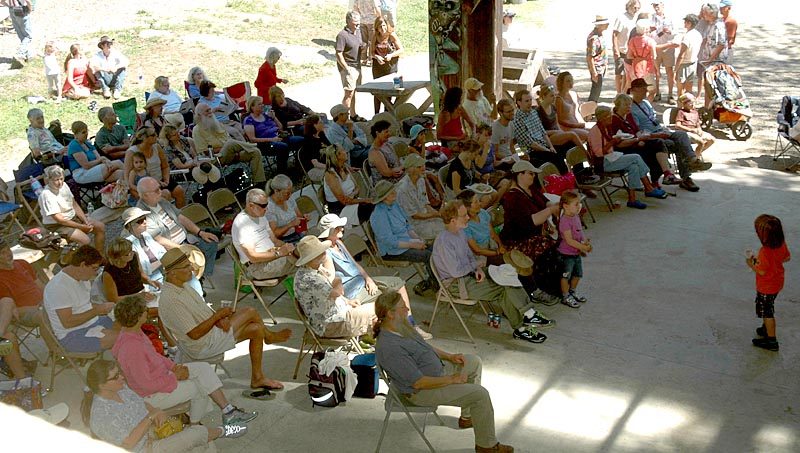