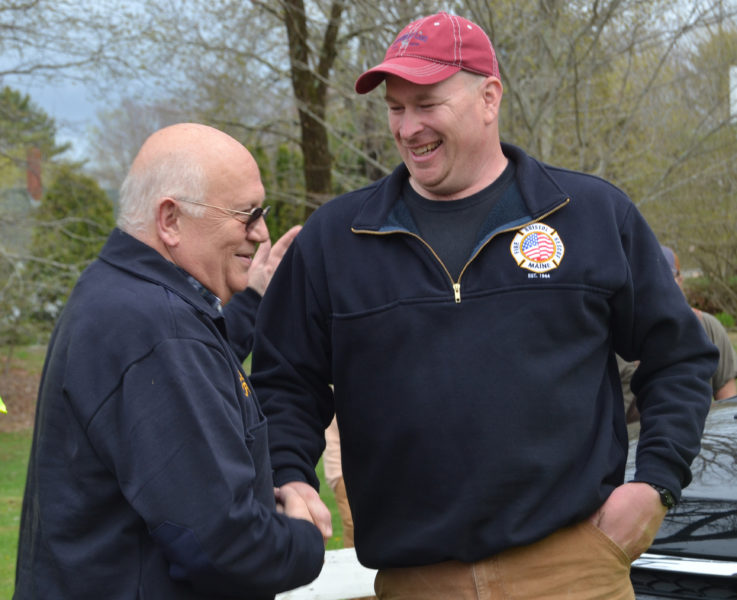 A lifelong Lincoln County resident, Sutter has spent his career working in construction and emergency services.

Sutter owns Sutter Builders Inc., but will scale back his construction work to serve as fire chief.

“I’ll do afternoons and weekends, small stuff that doesn’t require a lot of time,” he said.

Leeman will stay on for about a month to help in the transition, guiding Sutter through the ins and outs of the job.

Sutter said he has “big shoes to fill,” but is determined to do the best job he can for the town of Bristol.

“It’s going to be a learning curve. We’re hoping for a seamless transition,” Sutter said.

In addition to fire chief, Sutter will serve as compliance officer, director of civil emergency preparedness, director of emergency medical services, and fire warden for Bristol.

He said the job involves a lot of paperwork related to the testing of equipment, training, documenting emergency calls, and labor rules for town employees.

“It’s a little overwhelming jumping into it. There’s a lot to it,” Sutter said.

Sutter will hold office hours at one of Bristol’s three stations from roughly 7 a.m. to 3:30 p.m. and will respond immediately to any call that comes in during those hours. He said other duties will involve truck and station checks. 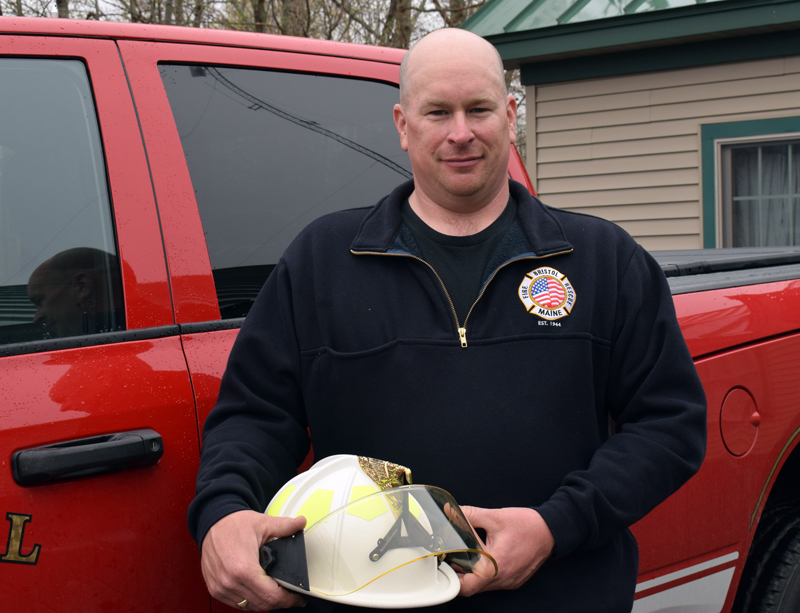 Sutter said Bristol’s municipal departments have received the Safety and Health Award for Public Employers, or SHAPE, from the Maine Bureau of Labor Standards since 2014. The award recognizes public-sector employers that maintain an exemplary safety and health management system.

He said Bristol is one of seven towns in the state that maintains this certification for all town departments.

Sutter grew up in Wiscasset and then Edgecomb. He joined the Edgecomb Fire Department at the age of 16, shortly after his family moved there in 1996. He graduated from Wiscasset High School.

Public service runs in his family. His father, Scott Sutter Sr., served on the Wiscasset Fire Department and as director of the Wiscasset Ambulance Service.

Although he is the first Bristol fire chief not to have been born and raised in the town, he has long-standing ties to Bristol. He lived on Indian Trail when he was a baby and his grandmother lived on Huddle Road for years.

He moved to Bristol and joined the fire department in 2013 after meeting his future wife, then Sarah Pendleton, on Facebook. The two married the next year.

He already knew members of Sarah’s family, which has been heavily involved in the Samoset Fire Co. of Bristol since its founding in 1944, from Lincoln County firefighter trainings.

Sarah’s grandparents, Ron and Jeri Pendleton, were recognized by the Bristol Fire Department for their combined 100 years of service in 2018.

Sutter said the department is lucky to have Jared and Brad Pendleton as assistant chiefs because they can usually respond quickly to any calls, breaking away from work with the family business, Pendleton’s Plumbing and Heating.

“We’re very fortunate down here to have members that their jobs allow them to respond really well. With some towns it’s very hard,” Sutter said.

Sutter said he started as a regular firefighter at Bristol in 2013, then became a lieutenant for four years, and has served as captain for the past two years. 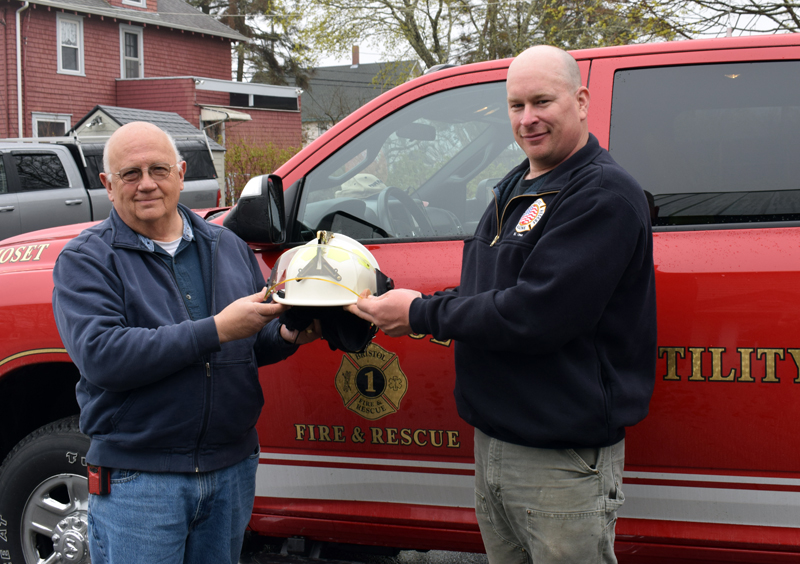 After graduating high school, Sutter went to college in Nashville, Tenn. and completed a yearlong program to become a diesel mechanic, but was anxious to get back to Maine.

He said he didn’t realize how nice he had it on the Midcoast, without the hot summers and congested city life.

Sutter moved to Boothbay Harbor around 2000 and joined the fire department there, eventually becoming assistant chief. He served on the Boothbay Region Ambulance Service at the same time.

After working as a mechanic at a few different places, Sutter realized he was “too big to work on cars” and found a job as a delivery driver for Poole Brothers Lumber, which piqued his interest in building.

He then worked for a time for the Boothbay Harbor Public Works Department and as a subcontractor for builder Mike Leighton. Sutter said he learned a lot about building from Mike and his father, Pete Leighton.

“We did everything from the foundation up — carpentry, woodworking, roofing — we did it all,” Sutter said.

Sutter said he has been building since around 2004 and he started Sutter Builders in 2017.

Sutter also worked as a part-time police officer for Boothbay Harbor and Damariscotta, and worked security at the Fryeburg and Windsor fairs.

“All my jobs were happening at the same time. Taxes one year, I had nine W-2 forms,” Sutter said with a laugh. “I enjoyed doing it all.”

Sutter does not have any plans for changes at the fire department yet and simply hopes to continue the good work of his predecessor, Leeman.

“The fire department here is a great bunch of people. They’ve accepted me,” he said, and he has the members’ support.

Sutter said he is grateful for his career in public service and the opportunity it gives him to help people.

“I’ve enjoyed every minute of it,” he said. “It keeps you on your toes. You never know what’s going to happen.”