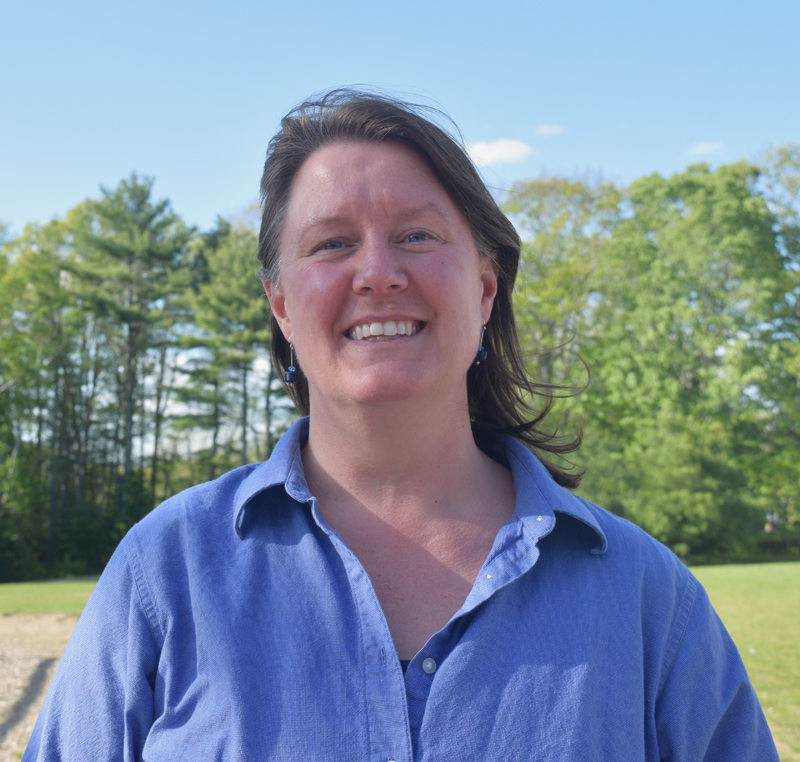 A science teacher at Wiscasset Middle High School and member of the Edgecomb School Committee hopes to see the Maine Legislature give teachers more influence through a series of bills, although school boards and superintendents oppose the changes.

Heather Sinclair has been an educator in Maine for more than 10 years and a school committee member for two. She previously taught in Maryland. She is advocating for four bills, including L.D. 900, the “right to strike” bill.

“I don’t hide from those opinions,” Sinclair said.

Since she became a teacher in the mid-2000s, she has been a member of the teachers association at every school where she has been employed.

Most recently, her name sprouted up in news outlets across Maine and beyond after she made a speech at the annual Red for Ed rally in Augusta on April 15.

“A lot of people are worried about how public they are with their labor rights opinions,” she said. “I think also because I am a school board member and I have both of those views, it makes for an interesting perspective.”

Sinclair describes Red for Ed as a movement. “It’s sort of code for speaking up for association rights, union rights, and the rights for teachers to have a voice,” she said.

She has also gone to Augusta to testify in front of legislative committees. She was on the list to testify about L.D. 900 the day of the rally, but there was not enough time.

Currently, several bills in the Legislature focus on education, but four stick out to Sinclair, with most based on teacher negotiations.

“There are four bills that, when taken together, do a really good job of strengthening the role of teachers and educators in having a voice in education,” she said.

These bills include L.D. 240, “An Act To Allow Public Employers of Teachers to Negotiate Regarding Educational Policies”; L.D. 1177, “An Act To Improve Public Sector Labor Relations,” which would make contract negotiations, including salaries, pensions, and insurance, subject to binding arbitration; L.D. 1306, “An Act To Promote Safe Schools through the Creation of the Safe School Climate Council,” which would address bullying and harassment in schools; and L.D. 900, “An Act To Expand the Rights of Public Employees under the Maine Labor Laws,” which would give public employees the “right to strike.”

Of the four bills, Sinclair said the one with the most “immediate impact” for teachers would be L.D. 240, sponsored by State Rep. Michael Sylvester, D-Portland.

The Maine School Boards Association opposes L.D. 240. By allowing negotiation of educational policy, it noted in a March-April update, it could take away local control from school boards, voters, and taxpayers and place this control in the hands of outside arbitrators.

However, Sinclair said teachers tend to be the ones who are not consistently heard in districts.

“Right now, when teachers sit down at the negotiating table, really what they are saying is ‘Can we please have this?’ and there’s no tool that allows them to be strong in their voice,” Sinclair said.

This creates an imbalance of power in negotiations, which can cause an “us versus them dynamic,” she said.

Despite multiple attempts, neither of Sinclair’s legislative representatives – Sen. Dana Dow, R-Waldoboro, and Rep. Holly Stover, D-Boothbay – responded to requests for comment on the four bills.

“Of the four, the one I am least interested in is the ‘right to strike’ because I think it’s the one that’s going to be used the least often,” Sinclair said.

L.D. 900, also sponsored by Sylvester, would allow public employees, except those who work in public safety, to strike.

“The ‘right to strike’ is sort of the last tool in the toolbox if the process of negotiation doesn’t work … it’s an important tool that you hope you never use,” Sinclair said.

Although the “right to strike” is a “worst-case scenario tool” in Sinclair’s mind, she said it would open another channel of communication for teachers.

Teacher strikes are becoming commonplace across the U.S., with a wave of states, such as Oklahoma, Arizona, Colorado, California, and Kentucky, taking part.

The Maine School Boards Association also opposes L.D. 900 and the “right to strike,” which it believes will harm public education in Maine.

In the March-April update, the Maine School Boards Association said strikes will disrupt children’s learning by breaking the continuity of their schedule and affecting the school year’s calendar for both in-school instruction and after-school activities. Moreover, a strike would affect special needs students by disrupting their routines and putting a hold on the services they receive through schools.

The Maine School Boards Association notes that not only teachers would have the opportunity to strike, but educational support staff, custodians, and bus drivers as well.

Since teachers can play significant roles in their students’ lives, a strike could also impact students emotionally, the Maine School Boards Association argued.

Sinclair acknowledged that a teachers’ strike could be challenging for students.

However, she believes the benefits outweigh the potential harm.

“It’s just as much to the detriment of the education of students to be taught in an environment where educators aren’t being heard,” she said.

Although Sinclair would “ideally” like to see all four bills pass, she believes they could each work independently of each other.

“I don’t know,” Sinclair said of whether she expects the bills to pass through the Legislature, although she believes there is a “tremendous amount of support.”

“I think there’s a good chance. I don’t think it’s a sure thing,” she said. “And I think the ‘right to strike’ is probably one of the more controversial bills.”